With everything going on in the country, it’s always nice to be able to remind yourself that the trashy reality show you love to watch is also populated by a handful of intelligent women. Intelligent women like Carole and, to a lesser extent, Dorinda, who are politically conscious and who use their platform on television to stand for a cause. Not the typical Housewives no-name generic charity kind of cause, mind you, but something significantly more historic and important like the Women’s March on Washington. With Carole, her joy and excitement at being at the event was palpable; her smile nearly cut her face in two. Dorinda’s attendance felt more performative and less genuine. Dorinda wasn’t there because she had independently formed an opinion, but because it was the thing to do. And, call me cynical, but Dorinda loves to exercise her pseudo-intellectualism, especially when it helps align her with fan-favorites like Carole.

Although the scene at the Women’s March was a mere 30-second blip, it put everything else in this episode into high relief, flashing a harsh light onto uncomfortable truths. Like the fact that Bethenny and Ramona won’t make up (unless producers insist upon it). Like the fact that Luann and Tom are together out of spite, not because of their love and devotion for one another. Like the fact that Tinsley will never be able to relinquish her former life as the ultimate socialite.

When Tinsley landed in the Post for attending a party with Carole, Tinsley’s entire face lit up, her eyes sparkled with life. To be in the Post for attending a party was a throwback to a time when Tinsley was the society queen and New York City was her kingdom. Her reticence to truly reinvent herself, to become something other than “Tinsley Mortimer: Socialite,” is unsurprising. This is a woman from a wealthy family who married into high society, who became the toast of the town simply for marrying well and looking pretty in photos. And although now she’s no longer young, she’s no longer married, it’s hard for her to move on, to see herself as someone different.

And even though she knows she’ll never gain back her gilded glory, even though her reintroduction to society will be as lackluster as the overpriced apartment in the West Village that she went to see with her “benefactor” real estate friend Chris and her fur-clad Southern Belle mom, she’s unwilling to try something new. So of course she’ll never change her signature hair, never deviate from her circumscribed Upper East side life. It’s all she knows. It’s why she’s still living with Sonja even though it’s getting increasingly uncomfortable. Sonja’s Grey Gardens manor, despite the peeling paint, dirty ice and corroded appliances, is still an upper crust townhouse.

Carole can cajole and push Tinsley to embrace change, but the very idea of change for Tinsley is horrifying enough to bring on an anxiety attack. Change is hard, especially if you’ve gone through something traumatic like getting arrested and being in an abusive relationship. Tinsley doesn’t strike me as the type of girl who is used to hardship, and when hardship arrived at her doorstep, she was woefully unprepared. And to cope, she reverted back to what was comfortable for her: the long blonde curls, the lashes, the Upper East Side blue-blooded lifestyle. And so it’s hardly surprising, despite Carole’s intensive urging to get Tinsley to be her neighbor, that she would, by the end of this episode, firmly turn down Carole’s offer.

And while Tinsley struggles with change, Ramona is invigorated by the entire enterprise. Every season, Ramona tries to rebrand herself hoping something will stick; the most ridiculous attempt being back in season 7 with that “New Beginnings” post-divorce Ramona. Change is what drives Ramona, what makes her feel whole and useful. But it’s rarely more than superficial. She’ll get a facelift. She’ll get a new wardrobe. She’ll renovate her apartment into something more sleek and modern. She’ll pull her hair back into a tight I-Dream-of-Genie pony to match her newly modern apartment.

However, Ramona may be a master shapeshifter when it comes to externals, but she will always and forever be, unquestionably, Ramona to her core. She’s still conniving, she’s still a pot-stirrer and she loves being the center of the storm of chaos that she’s created. It’s why, for her home renovation party, she invited Harry Dubin — the man with the dubious distinction, like Luann’s Tom, of having dated most of the cast, both former and current, without telling Sonja. It’s why she invited Bethenny and pretended like it was a gracious act when really she secretly wanted to have another go at that rodeo, with her newly decorated apartment featured prominently in the background. It’s why she invited her new friend Missy, knowing full well that Tom would be there — the same Tom that broke up with Missy at the Regency because he had just met Luann; the very same Tom who later tried to make out with Missy at the Regency (because this man hasn’t discovered any other New York City hotspots) while he was engaged to Luann.

At the party, Harry Dubin looked like a washed-up version of his eligible bachelor self. He seemed awkward, overly aggressive. And it’s surprising because Harry was the “Tom” of the New York City Housewives universe just a few seasons back. Back when Aviva (his ex-wife) was a Housewife, he was suave and cool, and you could sort of understand why the women all tried to sleep with him. But Luann has a new beau and a ring, Sonja is juggling two men, and poor Harry is still the perpetual bachelor. And when he tried to flirt with Tinsley at the party, telling her how nicely her cross necklace looked on her breasts, his stilted, awkward tone felt creepy. Tinsley was appropriately freaked out, grabbed her mom and quickly ran off to the other side of the room, while Harry awkwardly tried to follow in their wake.

And that wasn’t the only time poor Harry was rejected last night. Harry, being the Housewife groupie that he is, immediately tried to get the gossip from Missy about Tom. He was, unfortunately, unsuccessful, as the woman feared what Luann would do to her (even though she spilled the beans weeks earlier on national television).

Harry’s losing streak at the party continued with Sonja, who barely acknowledged him. And who could blame her, when on last night’s episode she tried so desperately to figure out the increasingly complicated dynamics of her relationship with the two men currently in her life. But while it’s great that Sonja is done with her floozy boozy days and has actually found suitable men to settle down with, the problem is that she has two great options right in front of her.

Frenchie, her intended side piece, more or less officially moved in with Sonja. I like Sonja with Frenchie: she’s relaxed and happy. And even when she puts on airs, as any good lady of the manor should, she doesn’t sound pretentious: she sounds genuine, with a heaping dose of bawdy humor. And Frenchie is the total package: not only can he cook, but he gossips like a Real Housewife in a sexy French accent. Drama sounds so much better when filtered through an accent. Seriously, every episode should just have Frenchie doing the voiceovers. That way I can avoid Ramona’s screeching and Tinsley’s tinny upspeak.

Rocco, on the other hand, is older and a complete gentleman. He is relaxed and uninterested in the drama. He is enamored with Sonja and is ok with her unwillingness to make the relationship sexual. He’s in it for the long haul. He only wants one thing in life: a loyal, loving relationship.

They’re both fantastic options, but she’s lying to both of them.

Not intentionally, however. Although she was determined to separate her mistress from her potential marriage partner (the former being Frenchie and the latter being Rocco), Sonja isn’t all that great with setting boundaries and rules. She may attempt to impart Victorian morality upon herself to give herself the feeling of gentility, but the truth is that she is, at her core, a free spirit who loves to flout rules (but she’s not such a fan of others flouting her rules. See: Tinsley).

So of course she’ll allow her feelings for Frenchie to deepen. She’ll allow him to stay over. She’ll allow him to cook for her. She’ll even allow him to essentially move in with her. As for Rocco, the man she has designated for potential marriage and dating material who she refrains from engaging in amorous contact, she too has taken the relationship farther than she intended. It turns out, she made out with Rocco once, but had completely scrubbed that moment out of her memory.

The problem is that even though Frenchie knows about Rocco, his impression of him is that Rocco is simply a good friend who keeps Sonja happy while he’s MIA in France. And then, later, when Sonja told Rocco about Frenchie, she hemmed and hawed a bit, but ultimately tried to frame Frenchie has being just a guy she occasionally sleeps with. It’s not lying per se, but it’s lying by omission, dishonesty by misframing. And Sonja better make up her mind soon, because eventually both Frenchie and Rocco will wise up about the situation, leaving her bereft of either of them and thoroughly alone. 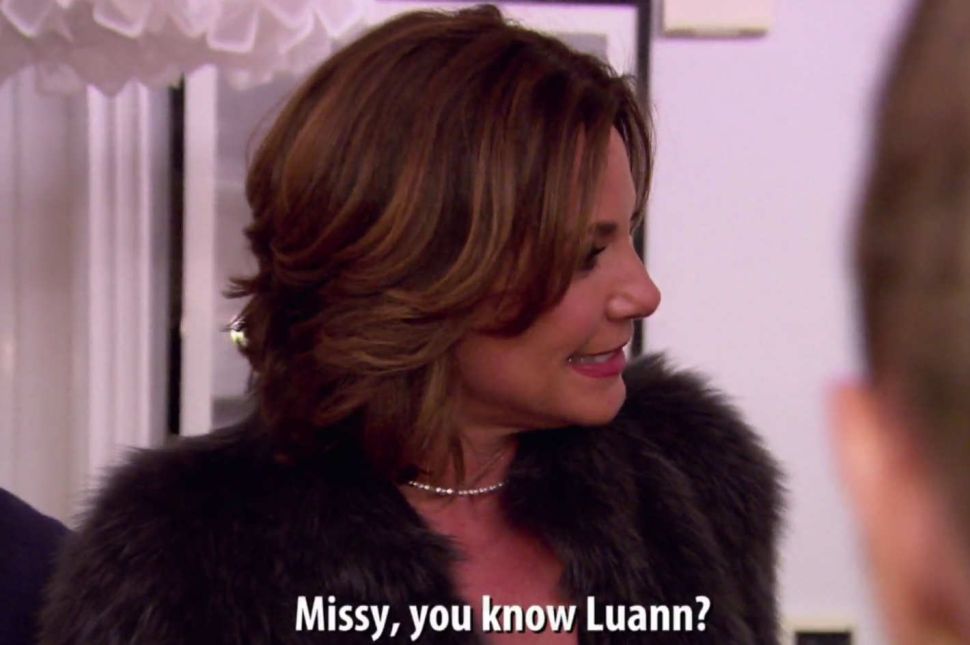