With Republicans touting their proposals for health care, I recently recalled a bull session I had in my campus newspaper’s office during my senior year (which was longer ago than I would care to recall) with the paper’s most outspoken conservative.

He and I came from vastly different backgrounds. He had grown up in a wealthy suburb of a large Midwestern city; I had grown up in a small Indiana town about 15 miles from the Chicago city limits where both sides of the tracks were the wrong side of the tracks. But for Pell grants and $20,000 in federally guaranteed student loans (which I finally finished repaying, with interest, 18 years after graduation), attending college would not have been a realistic option for me.

We were discussing the best way to help people pay for college, and my conservative friend offered the brilliant solution of tax credits.

Ah, yes, there are few things conservatives like more than tax credits as a solution to individual Americans’ fiscal needs, and for families earning a certain amount of income, the solution sounds sensible. My friend’s parents probably earned enough money that tax credits likely would have paid a substantial portion of his college costs.

I listened patiently and then explained to him that in my family, which was led by a divorced mother earning less than $12,000 a year (gross), tax credits wouldn’t cover the cost of any college in America, and that instead of attending our university and having this policy discussion with him, I’d be flipping burgers. Not that flipping burgers is a dishonorable profession, but I think we can all agree that it certainly it is not the career to which most people would aspire if they had other options.

My friend was taken aback, largely because I don’t think he had ever considered that there might be families in America who earned so little that tax credits wouldn’t help them fund a college education.

But as I noted earlier, conservatives do love their tax credits, so I did not find myself the least bit surprised to hear Republican members of Congress on television in recent days offering tax credits as a solution to health care costs. Their solutions also include tax-free health savings accounts.

Based on current marginal tax rates, an American earning $34,940 a year (the average income for a single person) would pay $4,775 in federal taxes. Because tax credits cannot exceed what an individual pays in taxes, the maximum tax credit a person earning that level of income could receive would be $4,775. With cancer drugs costing upwards of $10,000 a month or more and major operations costing more than $16,000 on average, you can see how little tax credits would help individuals of modest means in the event of a serious illness.

As for health savings accounts allowing individuals to save up to $6,550 in tax-free money, again, you can see how far that amount would go for an individual paying nearly twice that much a month for cancer drugs. But more to the point: how many Americans earning $35,000 a year (and bringing home less than $28,000 after federal taxes plus the combined 7.65% of income paid in Social Security and Medicare taxes) can realistically afford to save $6,550 a year?

The IRS website lists the monthly cost of food and basic necessities at $639 a month. Even in the cheapest markets, rent comes in somewhere around the same total, so the average American earning approximately $35,000 a year in a low-rent market is already burning up around $1,300 a month, at a minimum—approximately $16,000 a year, and more than that in more expensive markets. With federal, Social Security and Medicare taxes factored in, that average single American is now down to about $1,000 a month in real income. That doesn’t even begin to take into account state taxes, in the overwhelming majority of states that have them, as well as unexpected costs such as car repairs. And yet, somehow these folks are expected to squirrel away more than half of their disposable income every year to save for medical costs?

And even if Republicans raise the amount that people are allowed to put into a health savings account, that still does no good for people who don’t earn enough money to save even the amount that is allowed under current law. It only helps people who have a lot of money.

The bottom line is that tax credits and health savings accounts only benefit people who earn enough money to pay upwards of six figures in taxes, or those who can afford to save more than $500 a month, which is an extremely heavy lift for people of average means. 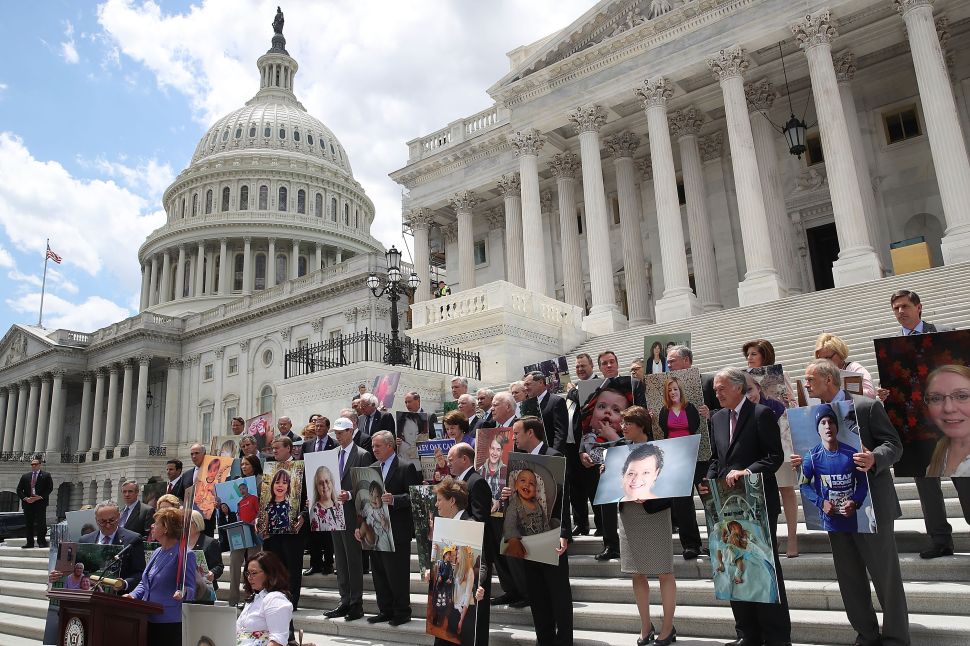