The Senate’s health care proposal made it clear that Republicans, despite their rhetoric, are not interested in market-based reform. Instead, they prefer pro-business, pro-privileged reform.
With Senate Republicans planning to rewrite their bill, it’s hard to predict the details of the final proposal. Nonetheless, gauging the House and Senate bills, one can guess that the broad outlines of the final package will be similar.

Because Senate Republicans proposed reducing Medicaid coverage and health care exchange subsidies for low-income individuals, reaction to their bill from consumers, patient advocates and pundits has been overwhelmingly negative. But missing from the national discussion is how the GOP’s legislation also fails to do what party leaders promised their voters.

Republicans have repeatedly assured their base that repealing the Affordable Care Act (ACA) will solve health care cost problems by returning the system to a land of competitive markets. But out-of-control medical costs have been an issue at least since the 1950s. Moreover, the health care system was not based on market forces even before the ACA’s passage.

To pay for expanded coverage, the ACA raised taxes on drug and insurance companies while imposing an excise tax on the sale of medical devices. It also levied a special investment tax and an income surcharge on individuals earning over US$200,000 a year.

The Senate’s proposal seeks to rescind these taxes, granting financial relief to both corporations and the rich.

The result is that the aged and those at the lower end of the earning scale stand to lose benefits. For example, the GOP bill would roll back Medicaid coverage and decrease the income threshold necessary to qualify for subsidies on the ACA’s state exchanges – from 400 percent of the federal poverty line to 350 percent.

Both the House and Senate proposals would change the formula for how subsidies are calculated, with an overall effect of reducing them.

The Senate bill would also eliminate the individual mandate to purchase insurance and continue requiring that insurers accept applicants with preexisting conditions.

To prevent the state exchanges from being left with only the sickest policyholders and even more rapidly rising premium prices, a proposal introduced on June 26 institutes a waiting period. Anyone who allowed their insurance to lapse for more than 63 days would have to wait six months for their new policy’s coverage to kick in.

The House and Senate bills obliterate the idea – for which their party purportedly stands – of competitive markets lowering prices and enhancing consumer welfare. That’s both a political and a policy problem for Republicans.

In the U.S. health care system, neither public officials nor market forces order pricing and delivery. Instead, a messy mixture of government and private-sector power has evolved over decades. This framework has driven up costs so high that the average family now pays over $18,000 a year for insurance.

A key component of this unwieldy public-private system is the insurance industry’s dominance over health care.

Many people assume that insurance companies play a natural function in the financing and organization of health services. Yet insurers did not gain their central position through competitive market processes that sought efficiency. As I wrote in a previous article for The Conversation, in the early part of the 20th century, the American Medical Association (AMA) swept away a bevy of elegant and cost-effective health care arrangements, which they branded “commercial” and “unethical.”

One reason the insurance company model took hold is that federal tax policy rewarded companies for providing employees with fringe benefits, including medical insurance. This tax subsidy spread insurance coverage to more people, helped along by the fact that escalating prices were largely hidden from consumers who usually split premium costs with their employer.

As the insurance company model expanded, rapidly mounting medical costs compelled insurers to extend their influence over health care. Over the course of many decades, insurers evolved beyond simply financing health services to also supervising physicians and regulating medical care – all in the name of cost containment. The insurance company model grew. And both the 1965 Medicare program and the 2010 ACA incorporated its logic.

Despite this history, the Republicans’ legislation neglects structural changes, somehow imagining that 2009, the year before the ACA passed, represented halcyon days for the U.S. health care system.

True, it’s helpful that Republicans propose reducing ACA requirements so that consumers are permitted to purchase good, but not necessarily gold-plated, coverage. Consumers would instead be able to choose lower-priced policies with smaller deductibles in lieu of high-cost policies with more generous benefits – for example, mental health and drug rehabilitation coverages – that are nonetheless difficult to tap into because of high annual deductibles. But this policy change is weak medicine to remedy our ailing system. Do Republicans really believe that changing mandatory benefits guidelines will be the one tweak that finally gets our country’s health care costs under control?

At bottom, Republican proposals have left vulnerable populations either without coverage or with reduced benefits, but still trapped inside a high-cost system.

This is a key weakness before the Republican base and before conservative ideologues. For many low-income individuals, no amount of bootstrapping or hard work ethic will get them adequate health insurance because coverage is simply too expensive. And that flies in the face of the Republican political narrative.

Does this make economic sense?

Republicans may be too timid or lack the votes to advance structural reform. And they may feel it necessary to prop up insurance companies struggling with the costs of insuring high-risk patients. That’s a fair calculation.

But are they ready to create a health care system that aids every group except the working poor? The wealthy will have their health care and their tax cuts. The middle classes will continue to enjoy expensive, generous insurance that’s indirectly funded through the tax code. And insurance companies will accept whatever assistance the government provides – from tax cuts to coverage penalty periods – to continue increasing their authority over the medical system.

That’s an arrangement that leaves out the very groups that are most desperate for health care reform: lower-income families and the working poor.

Christy Ford Chapin is a visiting scholar at Johns Hopkins University and an Assistant Professor of History at the University of Maryland, Baltimore County. This article was originally published on The Conversation. Read the original article. 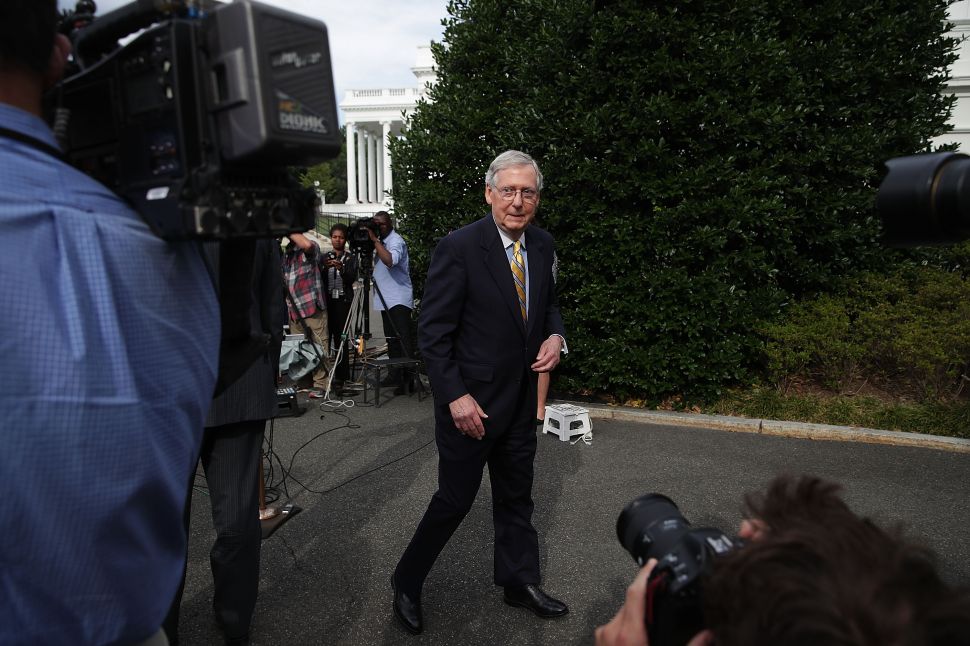