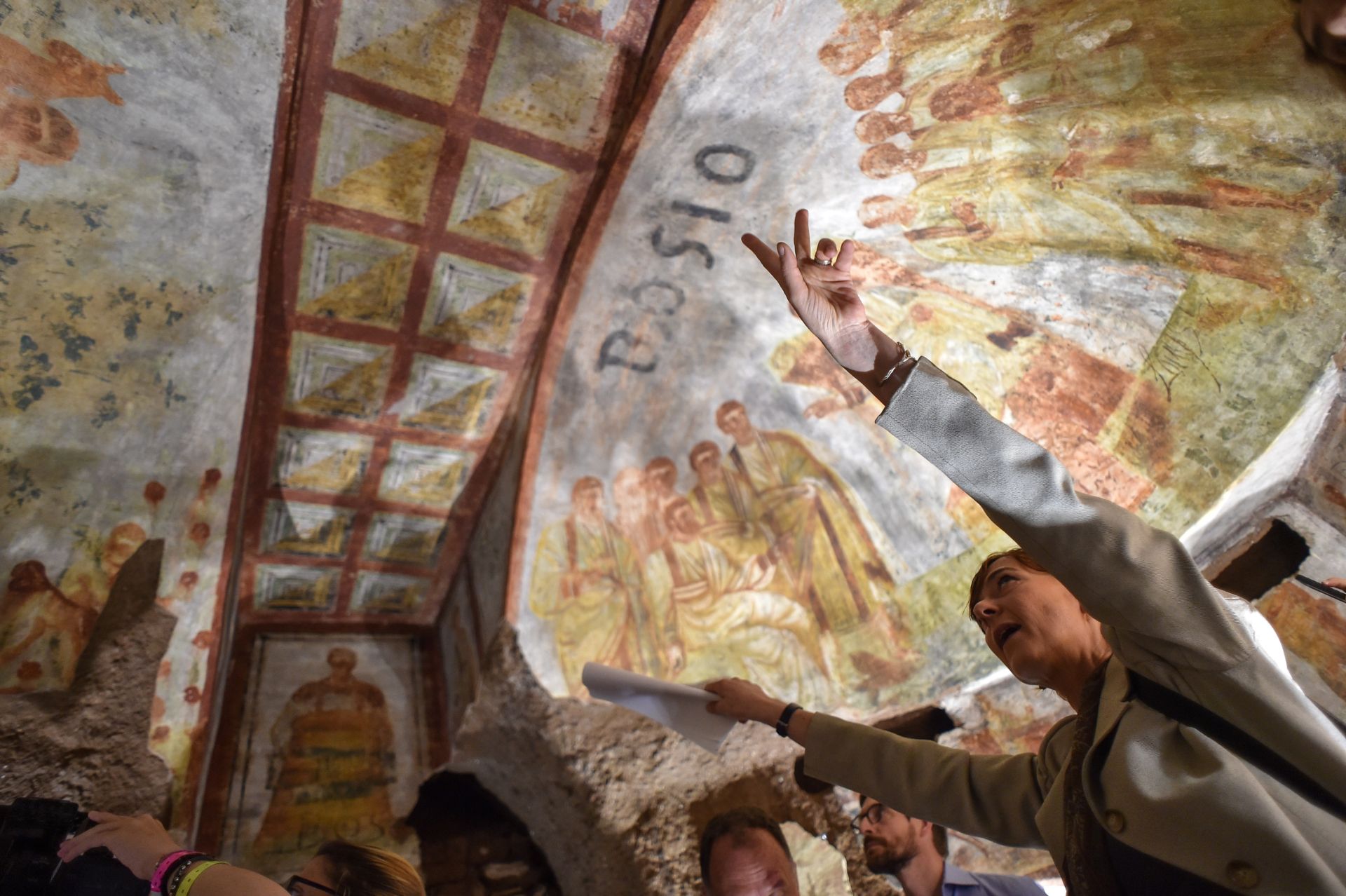 People look at the restored fresco "dei Fornai" (bakers) cubicle, during a visit after the restoration of the catacomb of Santa Domitilla, in central Rome, on May 30, 2017.
ANDREAS SOLARO/AFP/Getty Images 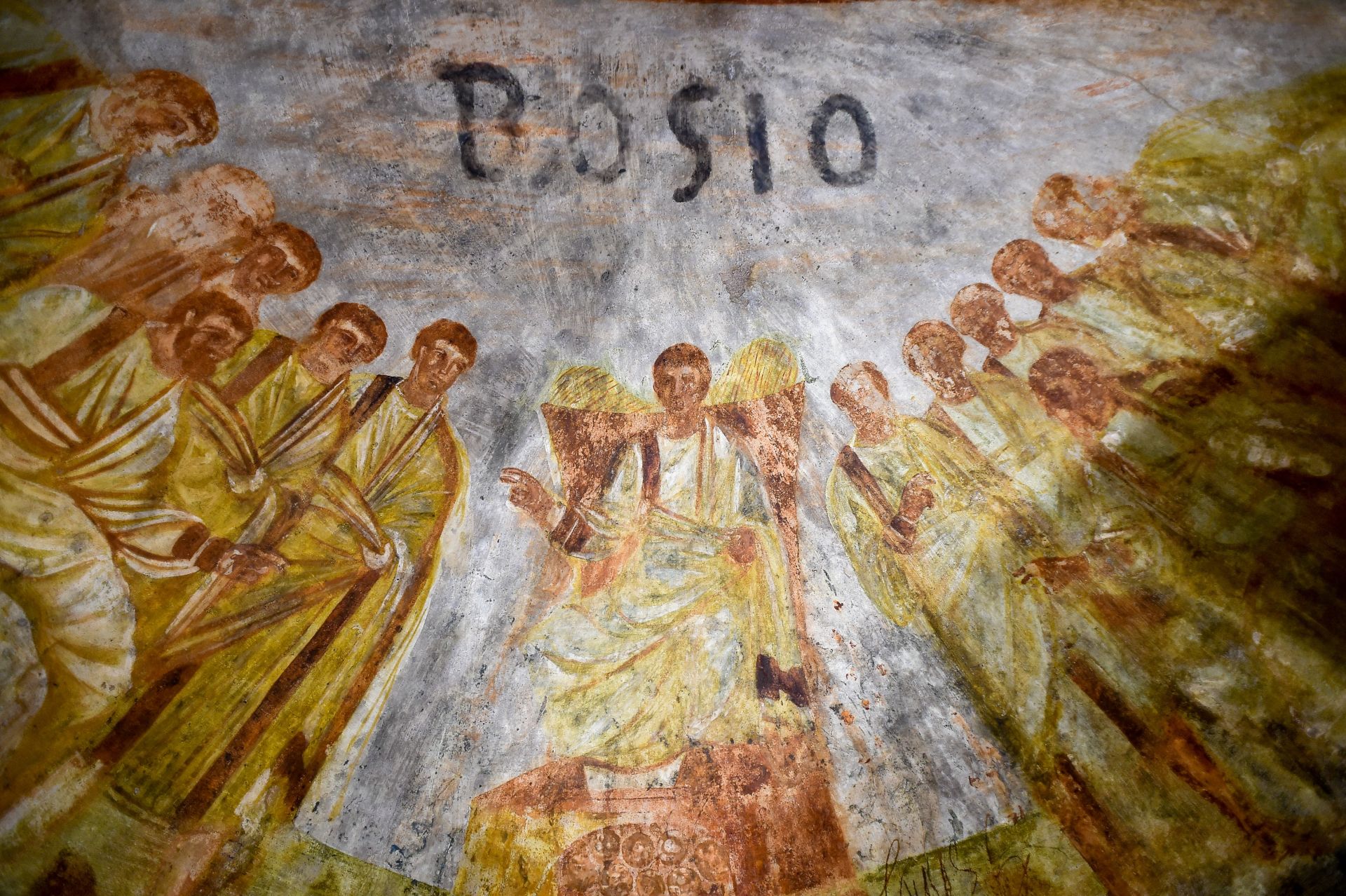 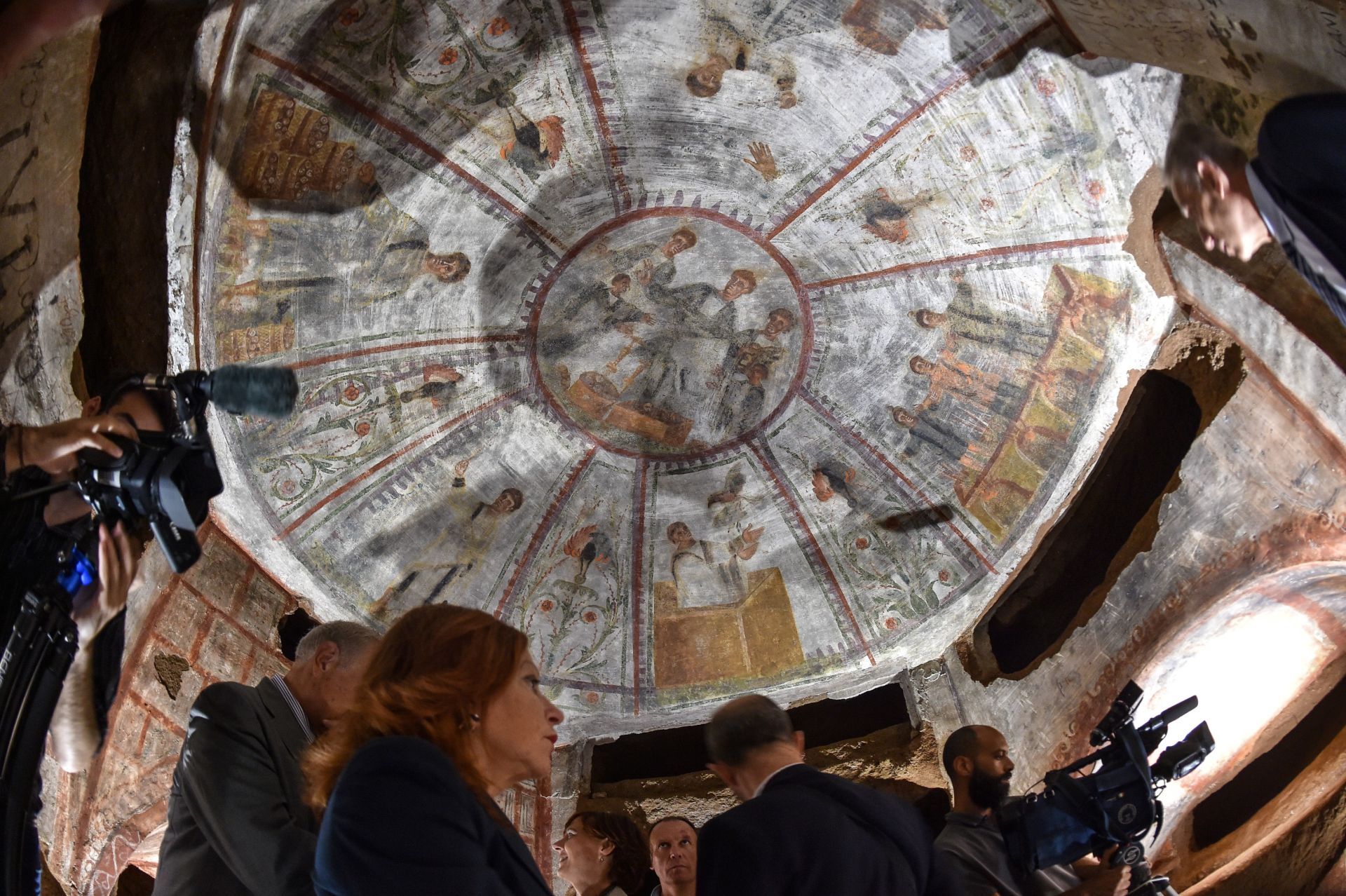 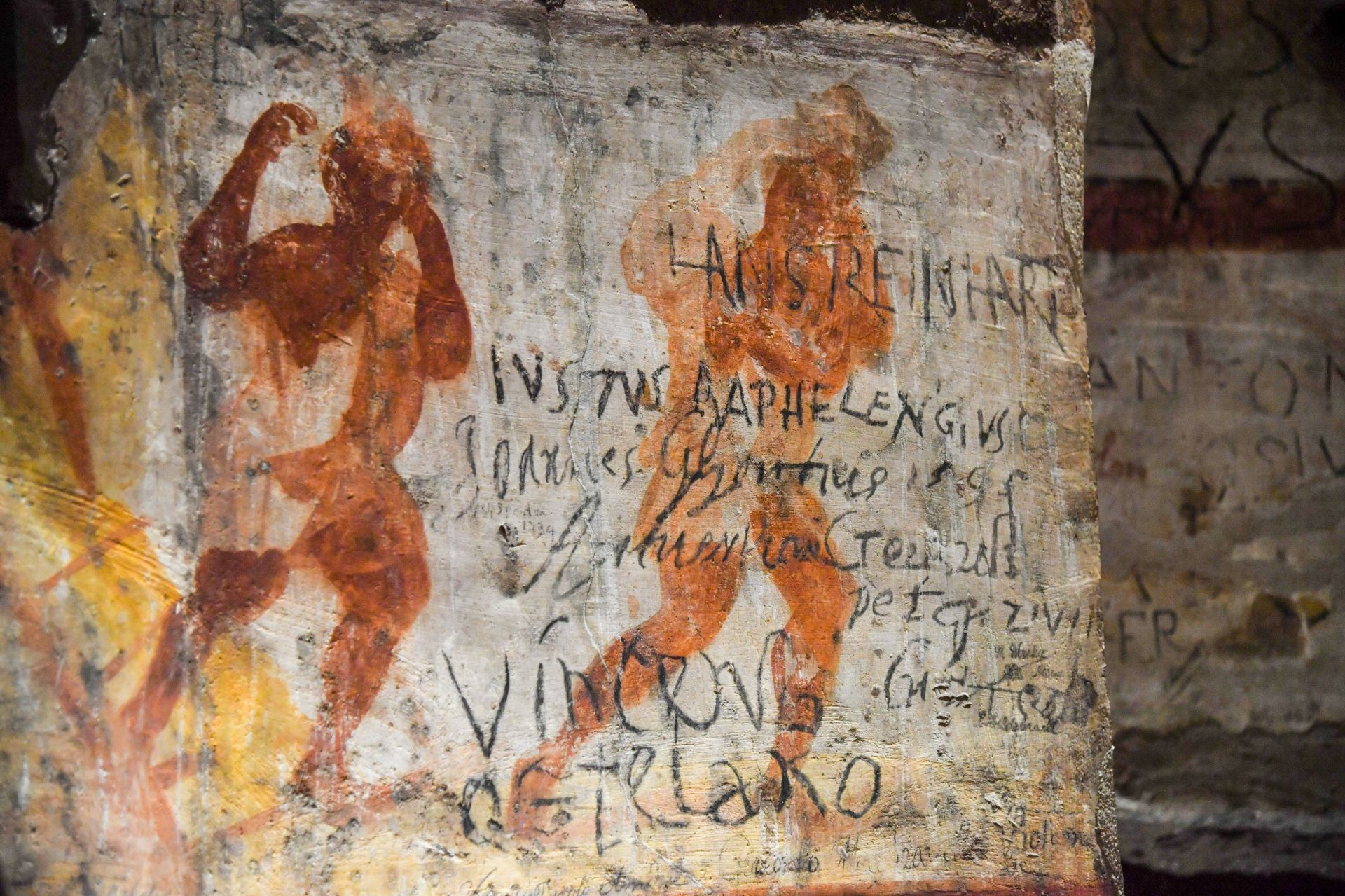 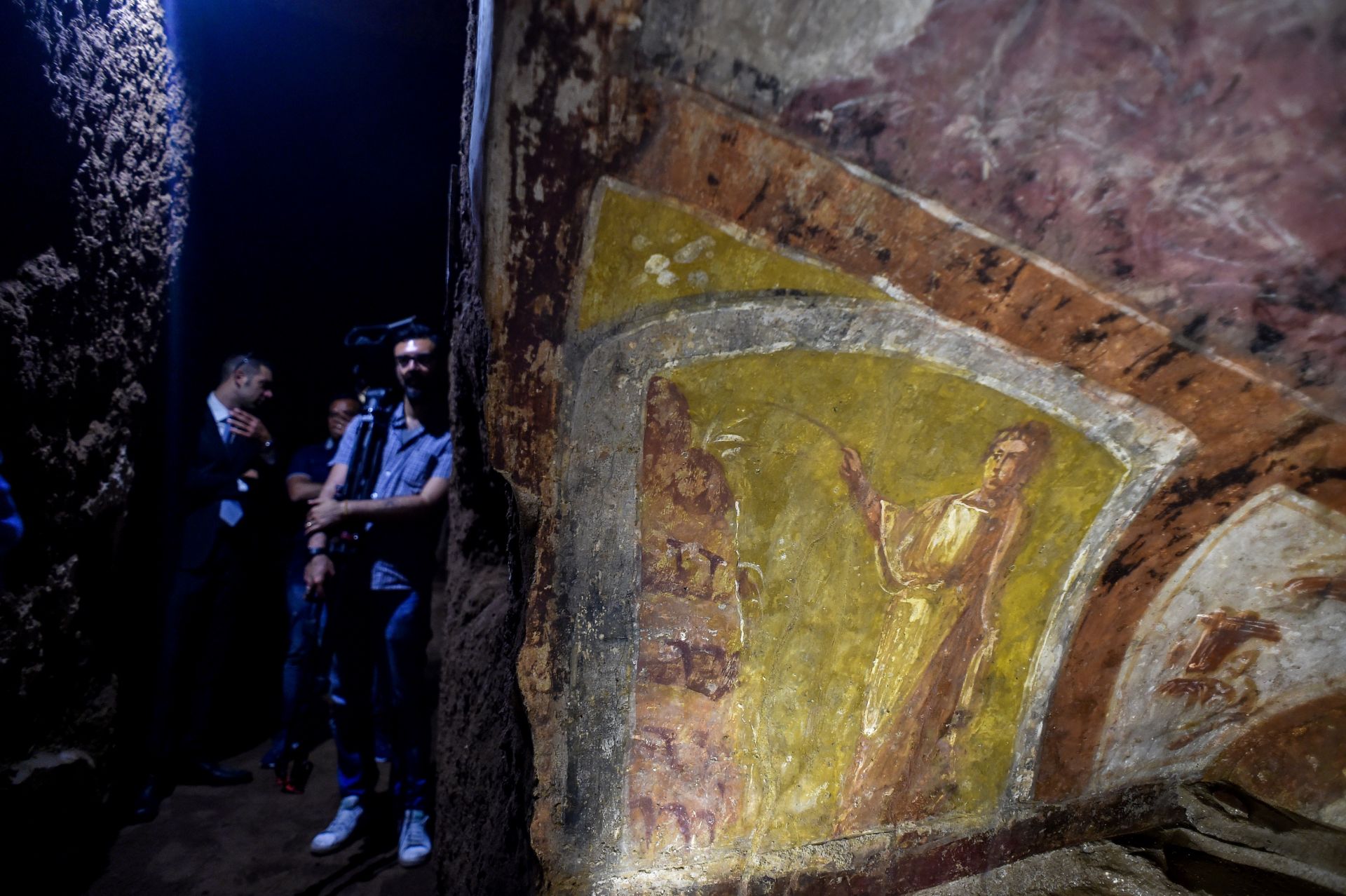 Visitors in the catacomb of Santa Domitilla.
ANDREAS SOLARO/AFP/Getty Images 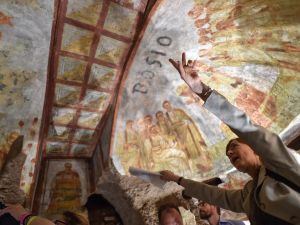 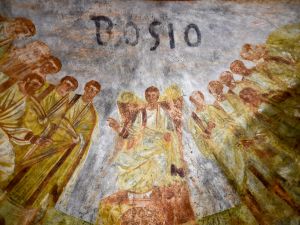 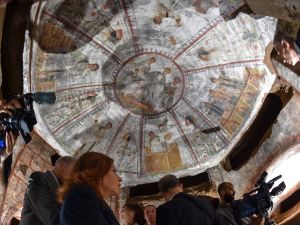 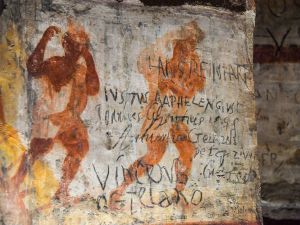 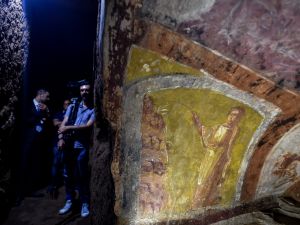 Rome’s catacombs hold thousands of years-worth of history and art, much of it yet to be revealed as it’s still hiding behind layers of dirt. But last week, art restorers working in the underground vaults known as the Catacombs of Domitilla uncovered 1,600-year-old frescoes believed to be commissioned by the bakers of ancient Rome, reports the New York Times.

With the aid of lasers—used for the first time ever in the catacombs—restorers were able to remove layers of chalk deposit, algae, and soot left from years of oil lamp use. Beneath the dirt, lay a series of astonishingly well-preserved frescoes, featuring biblical scenes, figures from both the Old and New Testament, and most importantly scenes from daily life at Rome’s traditional bakeries.

Depictions of two saints, Nereus and Achielleus, who were martyrs during the Emperor Diocletian’s reign, allowed experts to date the paintings to late 4th century A.D., according to Barbara Mazzei who oversaw the restoration for the Vatican’s Pontifical Commission for Sacred Archaeology.

In June, a new museum for the catacombs will be inaugurated, featuring objects from the 2nd through the 5th century.