Love stoned: Rihanna is finishing off her trifecta of Manolo Blahnik shoe collections with a few blinged out styles. The collection, called So Stoned, features PVC straps covered in massive Swarovski crystals. It’s perfect for embracing your most diva aesthetic. via Vogue UK.

Home shopping network: Amazon‘s newest feature wants to make it far less painful to shop for clothes online. Prime Wardrobe will allow customers to try on jeans, dresses and every other item of clothing, before they pay for them. Expect this new feature to totally shake up the retail scene. via Business of Fashion.

Runway protest: Miley Cyrus isn’t the only celeb speaking out against Dolce & Gabbana. Raury, a singer from Atlanta, Georgia, actually made his statement from the brand’s Milanese catwalk. He painted his body with statements like “Protest D&G” and “I am not your scapegoat,” and was promptly thrown out of the show and edited from the official video. via GQ.

International makeup star: Estée Lauder has a new global beauty director: Violette. The one-name wonder is an established French makeup artist who is based in New York; she has previously worked with Dior. via Buro 24/7.

Knock it off: Following the whole Dapper Dan debacle, two other artists have gone public with accusations that Gucci ripped off their work. New Zealand artist Stuart Smythe is claiming the brand has copied his logo, while illustrator Milan Chagoury is accusing the brand of repurposing a tiger he once created. How do you say ‘trouble’ in Italian? via Fashionista. 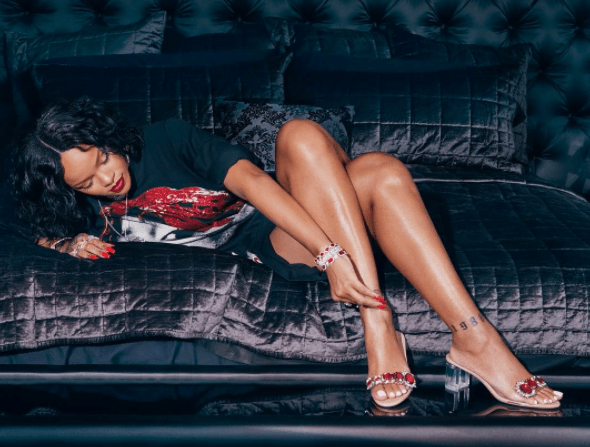