When Roger Waters released Amused to Death—an album based on the Neil Postman book about the addiction to television screens—the computer was still an uncommon part of a domestic household. And one with access to the embryonic World Wide Web via Prodigy was even rarer.

Yet when you skip ahead a quarter century, where the former Pink Floyd frontman would finally follow up his 1992 opus with an LP entitled Is This the Life We Really Want?, there’s a screen in just about every human hand in modern society. The addiction to smartphones, iPads, Kindles, Nooks, PSPs, laptops, FitBits, Apple Watches and whatnot surely has surpassed the expectations of both Waters and Postman in terms of screen addiction. And when you compound it with the way both the songwriter and the author who inspired him predicted the likes of television news being repackaged as entertainment, mandatory lifestyle branding and a “Made from TV” presidential candidate in the age of Donald Trump is pure prophecy in motion.

Hence the question posed in the title of the fifth and finest solo album yet from Waters, which arrives at a time where the nightmares of the artist’s most imaginative material has become an out-of-control beast of American exceptionalism gone awry. Through the complex grandiosity of such classic Pink Floyd albums as Wish You Were Here, Animals, The Wall and The Final Cut, Roger Waters the lyricist gave the world a glimpse of existing under the ham-handed fist of corporate zealotry. Yet in the last year—hell, in the last 150 days—the singer has witnessed a character straight out of “Pigs” insist on building a wall while barking out fleeting thoughts on Twitter via his iPhone, all while the desperate public need to stay “on brand” rolls through the fields of intellectual discourse like a plague of locusts.

Waters himself has seen his own public image demonized on the back of his fervent, spirited advocacy for the people of the West Bank, where his pointed words against Israel have gotten him labeled as anti-Semitic by some critics.

In fact, just last year in this publication, the esteemed Rabbi Shmuley Boteach championed American Express for dumping plans to invest $4 million on a tour sponsorship with Waters.

“The Pink Floyd singer has distinguished himself in recent years less by living off his old band’s hits than by his vitriolic criticism of Israel and support for the anti-Semitic boycott, divestment and sanctions movement (BDS) aimed at the destruction of the Jewish state,” wrote the Rabbi in November 2016.

Even last week, Waters caught some heat by criticizing Radiohead for moving forward with their plans to play a concert in Tel Aviv’s Park HaYarkon in July by signing a petition urging the English band to reconsider the performance on the year marking the 50th anniversary of the Israeli occupation of Palestine.

“It’s deeply disrespectful to assume that we’re either being misinformed or that we’re so retarded we can’t make these decisions ourselves,” Yorke recently told Rolling Stone about the petition, which was signed by not only Waters but Thurston Moore and Tunde Adebimpe, among others.

Waters was quick to respond to these allegations, using Rolling Stone as a conduit as well: “That is not true, Thom. I have made every effort to engage with you personally and would still like to have the conversation.”

However, neither this rare bit of prog rock gossip, nor the passionate (if obsessive) sentiments Waters harbors for the situation in the West Bank should overshadow the brilliance of Is This the Life We Really Want?, where the 73-year-old singer and bassist addresses his thoughts and the public concern over them as poignantly and eloquently as only he can across 12 new studio tracks. He essentially picks up right where he left off on Amused to Death, as if the last quarter century only exacerbated his concerns, especially in the context of seeing three back-to-back two-term presidencies, which inadvertently led to the rise of Trumpism.

“The goose has gotten fat,” he proclaims on the album’s solemn, soulful title cut. “On caviar and fancy bars. And subprime loans. And broken homes.”

Oh yes, mama, the president is still a fool, as Nona Hendryx so beautifully sang on the Amused to Death centerpiece “Perfect Sense. Part I.” Or, rather, a nincompoop, as he puts it elsewhere in the song, citing human silence and indifference as the primary reasons why “every time somebody dies reaching for their keys, and every time that Greenland falls in the fucking sea.”

Elsewhere, the heavy heart he carries for the forgotten people of the Middle East can be heard on songs like “The Last Refugee,” “Bird in a Gale” and “The Most Beautiful Girl,” as Waters repurposes spare strains of old Pink Floyd major chords to punctuate his melancholy. When he revisits the groove of “Have A Cigar” on the Doors-quoting “Smell the Roses” or the opening strains of “Pigs on the Wing” for the LP’s bleakest track “Oceans Apart,” he’s not only revisiting the sounds but the themes of greasy greed and dangerous ambivalence that exist within those classic tunes as well.

And Waters couldn’t have picked a better combination of musicians than the ensemble he enlisted for these sessions. It’s a band that includes David Gilmour acolyte and Father John Misty producer Jonathan Wilson playing some of the best guitar of his career, veteran studio drummer Joey Waronker and Roger Joseph Manning of Jellyfish fame on keyboards. Yet it’s the presence of Nigel Godrich, whose entire career manning the boards for Radiohead has led him to this moment, that is the key component in what makes Is This the Life We Really Want? the best Roger Waters solo album out there.

It was indeed a challenge to meet that bar Waters set in 1992 with Amused to Death, an album better than The Final Cut and almost as good as The Wall. But once you hear the way Godrich interweaves those spooky, nuanced little samples that made Dark Side of the Moon such a journey for the ears while encouraging Ol’ Roger to rewire his past to usher in the Pink Floyd sound into the 21st century in a way David Gilmour never properly could, despite two impressive solo LPs, a collaboration with The Orb, and even bringing back the Floyd brand name on 2014’s The Endless River.

It’s disheartening to think that some people’s slanted and disenchanted opinions of Roger Waters and his politics—as controversial as they may be—might prevent them from listening to Is This the Life We Really Want? They are going to be missing out on a truly beautiful and immersive experience. 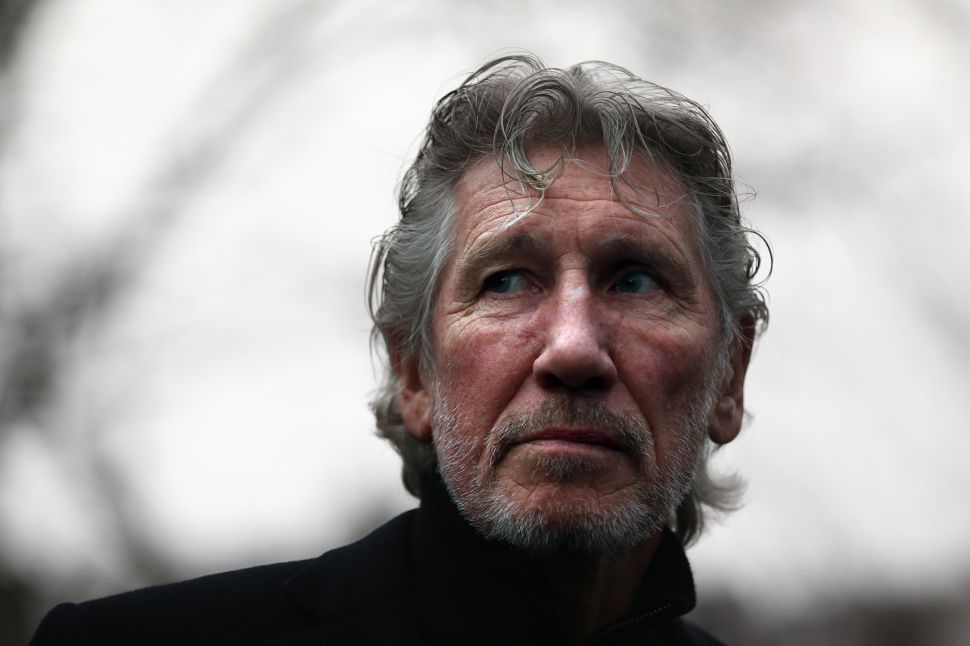