Following every RuPaul’s Drag Race, the Observer gets the scoop from one of the contestants. Next up: Alexis Michelle.

Observer: Were you surprised you didn’t make final four? You seemed confident the entire competition.

Alexis Michelle: I wasn’t surprised based on how the last few challenges went. Though I saw it coming, I was still very disappointed that I didn’t make the final four.

You seemed to disagree with a lot of the judges’ critiques. which did you think was most unfair?

I did not think that their harsh critiques during the makeover challenge were fair. The crewmember and I had a strong resemblance, which I felt was a big part of the makeover. I also thought our performance was great.

It seems that there has been a lot of vitriol toward you on social media. How are you coping?

I am trying not to focus on the negative, and instead I’m focusing on the positive feedback I have been receiving online and from the people I meet in person.

Looking back on Untucked when you were upset no one gave you a heads up about the overly simple dress, do you think you maybe were a little too harsh?

I was definitely disappointed with myself in that moment. Regarding the dress, I should have definitely stepped back and clearly assessed what needed to be added to it.

It seems like the edit is really trying to present you in a certain way, how do you feel about that?

Was it surprising to see all the comments behind your back from the fellow queens?

It was a little surprising as I felt such a sisterhood and camaraderie with the girls.

Were you nervous going up against Peppermint? She slaughtered Cynthia.

I feel that I am a strong performer. However, I was nervous after knowing what went down between Peppermint with Cynthia. Pep is one fierce competitor!

Who are you rooting for to win?

I can’t choose! They all deserve to be crowned as the winner. 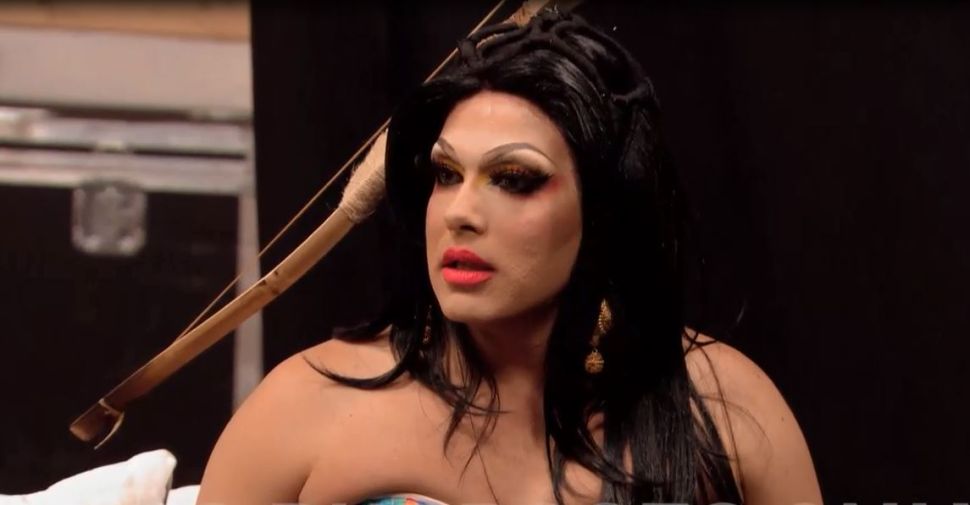