Wednesday, June 21 marks the Summer Solstice in the Western Hemisphere, the longest day of the calendar year. In England, people will gather at the ancient UNESCO World World Heritage site known as Stonehenge, a 5,000-year-old circular henge comprised of giant stone megaliths, to watch the sunrise and celebrate the pagan holiday—which for some also means dancing in the buff. But the reason for the annual festivities, and for building Stonehenge itself, originates with a scientific achievement that changed the world as we know it: accurately calculating the size of the Earth. And while many associate Pagans and Druids with the holiday, the solstice’s scientific history also has roots in ancient Greece, according to the Guardian.

It was the Greek astronomer Eratosthenes of Cyrene who first calculated the Earth’s circumference based on the sun’s alignment on the solstice, as author and Guardian columnist Dr. Stuart Clark points out. While serving as chief librarian at the great library of Alexandria, Egypt, Eratosthenes studied accounts of the sun’s positioning on the solstice, which casts no shadows at high noon, as seen from nearby Syene (Aswan). Based on the recordings taken in Syene, Eratosthenes made his own observations in Alexandria on the summer holiday, observing that while the shadows at noon were small they didn’t disappear completely.

The seven degree difference in the sun’s position overheard, he postulated, had to be because the Earth was curved rather than flat, otherwise the same shadows would be cast in both cities no matter the distance between them. Using the distance from Syene to Alexandria, and the sun’s position at noon on the solstice, Eratosthenes calculated that the Earth’s circumference was 250,000 stadia, or approximately 44,000 kilometers. In addition to being curved, he also theorized that the Earth must be tilted on an axis, accounting for the fact that the days grow shorter and longer based on the planet’s position with the sun.

And while Eratosthenes’ math was only slightly off—the accurate measurement is actually 40,075 kilometers—his discovery is one of the great achievements in science, and more than enough reason to celebrate Earth’s warmest season. 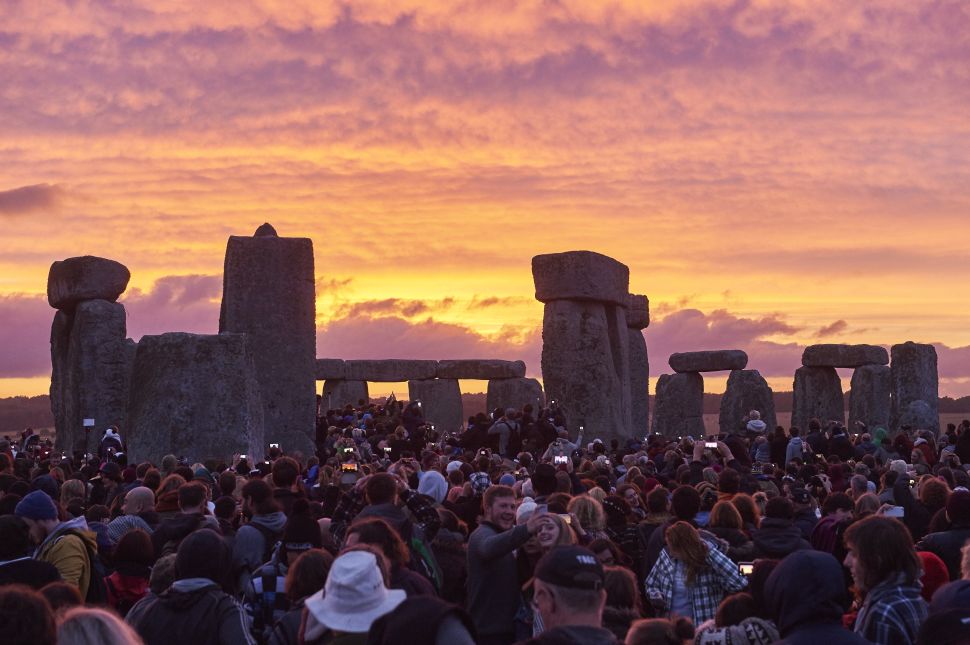