Throughout the month of June (and this weekend in particular) the LGBTQ and ally community celebrated Pride. Many brands also got in on the action, fundraising for LGBT causes and offering discounts and theme nights.

One of those organizations was the Seattle Mariners. The Major League Baseball team hosted a Pride Night on Thursday which “celebrated Seattle’s LGBTQ community” and featured rainbow baseball hats.

Who could possibly have a problem with that? To answer that question, you need only turn to the Mariners’ Facebook page.

Last week the team changed its Facebook profile picture to a rainbow logo. The photo was captioned “The Mariners are proud to celebrate equality.”

While the Mariners’ Pride Day has come and gone, debate about the photo continued all weekend. Many fans applauded the Mariners for “promoting acceptance” and showing that “equality isn’t a political statement, it’s a matter of common decency.”

But sadly, most of the 400-plus commenters implored the Mariners to “stick to baseball” and said the team was excluding, disrespecting and repressing heterosexuals. More than one also said it was “time to find a new baseball team.”

“This is not what baseball is about. This is political correctness at its worst,” one comment read.

“Sin is sin no matter how the PR departments and the sick media wrap it up and try to shove it down the public’s throat,” another user argued.

“You want me to cheer other people on for the way they like to have sex?” yet another asked.

The Mariners made clear that no, they don’t—and they also clapped back at several of the trolls to prove that Pride wasn’t just an excuse for them to sell tickets.

One fan said it’s not the Mariners’ job to stick up for the LGBT community—instead, it’s to win a World Series.

“It’s not our job to celebrate veterans. Or salute volunteers. Or visit kids in schools around the Seattle community. But, like this, we do it anyway—because it’s the right thing to do,” the Mariners replied.

And the team wasn’t done—when another user claimed Pride “celebrates ungodliness” and the Mariners were duping their fans, they fought back again.

“It doesn’t take any ‘duping’ to celebrate equality and acceptance, something that’s been preached for thousands of years,” the Mariners wrote. The team also shared a link to their “Faith and Family Night” on July 7 to troll even further.

The Mariners’ actions were a home run on Twitter as well—fan Bryan Degruy screenshot and shared an image of the team’s comments over the weekend. So far, his post has over 12,000 retweets and over 38,000 likes:

To the social media personnel who work for the @Mariners keep doing what you do don't change for anyone. 👏👏 pic.twitter.com/BYcIM3foeT 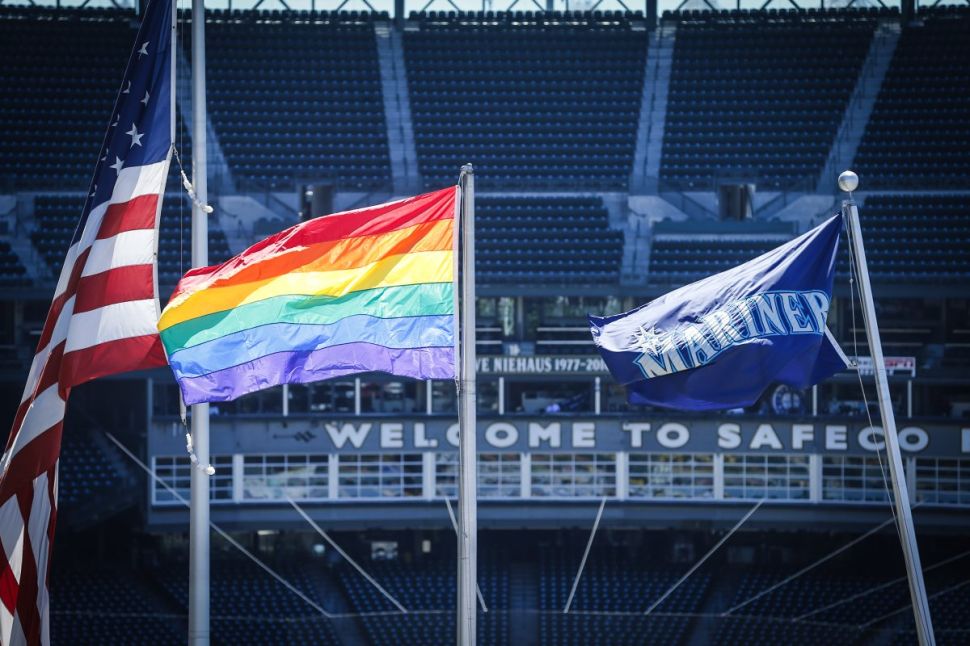