Veronika Hubeny, a theoretical physicist and professor at the University of California, Davis, was barely able to speak  during the first hour of a panel she was on at the World Science Festival. When the conversation finally turned to string theory, her area of expertise, all eyes in the sold-out audience were on her. But as she prepared to speak, the moderator started mansplaining, describing her theories in detail without letting her talk.

That is, until a woman’s voice cried out from near the front of the dark auditorium: “Let her speak, please!” The room erupted in cheers.

Such was the scene at John Jay College in New York this past weekend, during a panel on “Pondering the Imponderables.” The Saturday afternoon discussion featured a male moderator (Jim Holt of The New Yorker), five male panelists and Hubeny.

As seen in the video above, Hubeny is basically ignored onstage—Holt dominates the conversation, whether discussing string theory or anything else.

But after the audience member shames the other panelists (at around the 1:07 mark in the video), Hubeny finally gets to share her views.

Read also: Women Got Only 7% of the Speaking Time at Apple’s Biggest Conference of the Year

The woman who spoke up identified herself this weekend as Marilee Talkington, an actress, director and disability rights advocate. She wrote a Facebook post about the incident which has been shared over 1,000 times and gotten over 2,000 likes in less than two days. The video of the panel interruption has gotten 30,000 views so far between Livestream and YouTube.

Here’s how Talkington described the moment in her post:

So at this point, after seeing very clearly that she was not going to be given space to speak and in fact having her own theories described to the audience by the moderator, I am in full outrage. My body is actually beginning to shake. The sexism is beyond blatant. It is happening on stage and NO ONE, not a single other physicist or panelist is stepping in to say anything about it. And I can hear other audience members around me, both men and women becoming more and more agitated with what is happening. Jim Holt, even at one point, asks Veronica a question and she laughs because he has been answering his own questions about her work…and he makes fun of her for ‘giggling.’

So at some point while he is Still talking about Her theories, I just can’t handle it any longer.

With my hands shaking, I finally say from my seat in the 2nd row of the audience, as clearly, directly and loudly as possible: 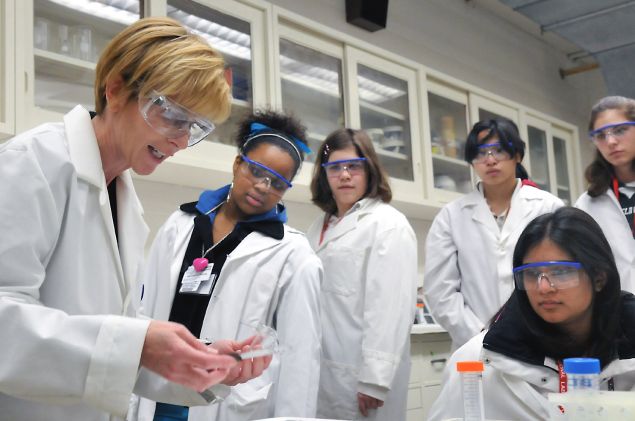 In the post, Talkington also revealed that when the panel discussion ended, many audience members thanked her for saying “what everyone here was thinking…what he was doing was horrific.”

“WHY IS THIS SEXISM STILL HAPPENING?” Talkington wrote. “WHY does someone like me, with no status in that room, have to be so extraordinarily bold and speak up?”

“I was overwhelmed, deeply moved and so encouraged at how affected the other audience members were when I spoke up,” she added in a statement to the Observer. “To know that so many were thinking and feeling the same thing was amazing and unifying and gave me a deep sense that change was literally one small act away.”

The post has over 250 comments, with users calling Talkington “empowering” and “a goddess.” Several commenters even suggested that Talkington submit her story to The New Yorker to troll Holt.

But without a doubt, the most powerful comment came from Hubeny herself, who found out about Talkington’s post when she got off the plane in California this morning.

“I applaud your heroism in standing up for what you believe in!” she wrote. “I know well the shaky feeling and subsequent exhilarated contentment in the knowledge of having done the right thing, and I think that doing so has become more crucial than ever. Your behavior was inspiring, and I’m glad that many of those inspired shared their gratitude with you.”

Hubeny also offered advice to help women deal with sexism at work, no matter their field.

“If you allow yourself to enjoy the beautiful things that really matter, if you don’t let social or peer pressure dissuade you from pursuing a field which appeals to you, then no pettiness or childishness or boorishness that you encounter can harm you so much,” she wrote.

“It was clear to me, from the moment it happened, that this simple, yet difficult act of speaking up was much larger than me or Dr. Hubeny,” she told the Observer. “It was a moment signifying that the archetypal public silencing of women will no longer be endured.”

As we’ve reported time and time again, women in tech face many similar difficulties, from sexism and harassment to lack of startup funding. In fact, when one of our female reporters went to a tech conference, a male attendee suggested she write about puppies. 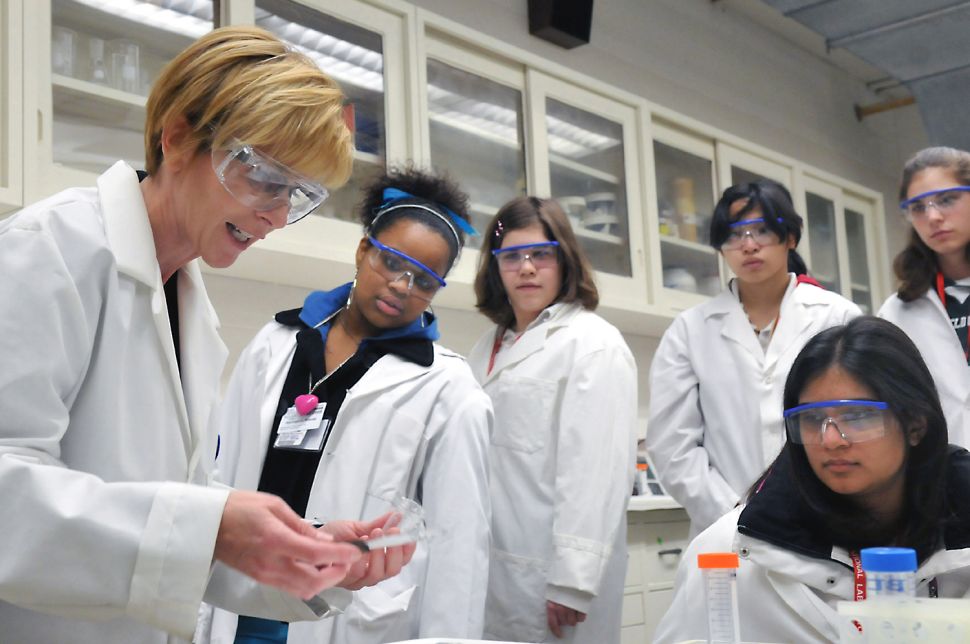