Shonda Rhimes is well on her way to taking over the Los Angeles enclave of Hancock Park, as the television exec just bought a third home in the neighborhood.

The Grey’s Anatomy, How to Get Away With Murder and Scandal showrunner paid $3.6 million for a five-bedroom, 4.5-bath gated home in the area. She got a minor discount of her new pad; it was listed for $4.8 million in March of this year.

Her new 1920s-era house spans 4,985 square feet, with multiple fireplaces throughout. There is a formal living room and a dining room with coffered ceilings and 24 casement windows that are nearly floor-to-ceiling, while the master suite has a vaulted ceiling, a fireplace and a very cozy cushioned window seat.

The library features a wood-beamed ceiling and French doors that lead to the backyard, where one will find a stone terrace and a heated swimming pool, as well as a one-bedroom, one-bathroom poolside guesthouse.

But why, exactly, did Rhimes decide to scoop up this home? As nice as it is, it’s not like the ShondaLand founder is in need of a Hancock Park abode.

After all, Rhimes already owns a much larger, 8,292-square-foot mansion on a chic Hancock Park corner, for which she paid $5.6 million in 2010—oh, and she bought it from Beck, so it even has a celeb pedigree. She also owns an even bigger 8,398-square-foot Mediterranean villa, which she purchased in 2014 for $8.8 million from Patricia Heaton. As if that’s not enough, there’s also the two-family property she has that’s just west of Hancock Park.

Maybe for her next home purchase, Rhimes should consider something on the east coast. She could always ask Grey’s Anatomy star Ellen Pompeo for some advice, perhaps on a Hamptons vacation home—the actress just showed off her chic Sag Harbor vacation home renovation in an Architectural Digest spread. 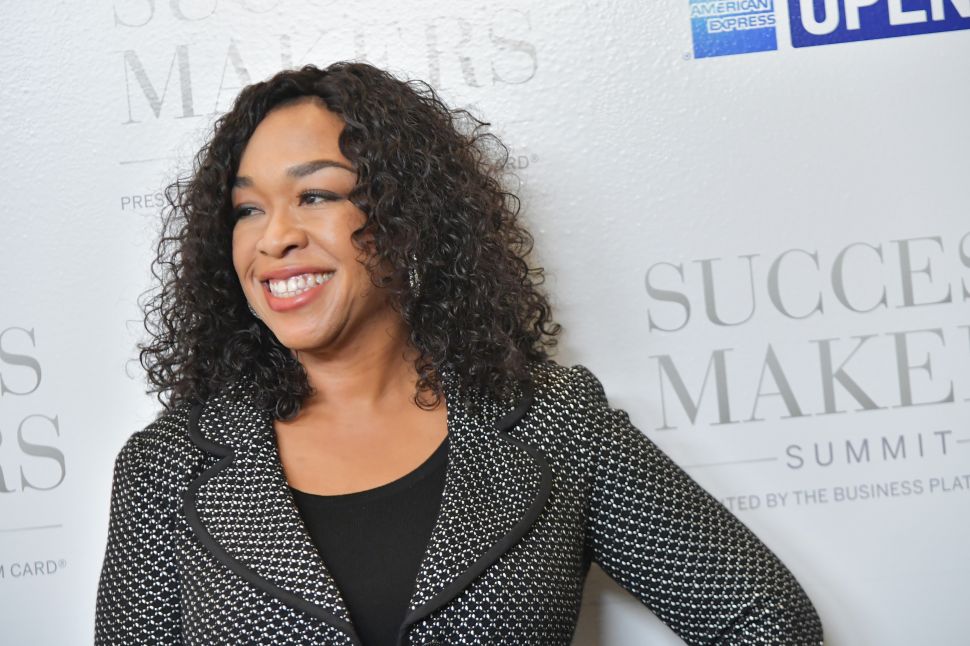