Led by National Nurses United, progressives in California have been pushing SB562, a bill that would create a single-payer Medicare for all health care system in the state. On June 23, Assembly Speaker Anthony Rendon shut down the bill despite Democrats holding the State House, Senate and governorship, providing the opportunity for Democrats to easily pass the bill. The Los Angeles Times reported, “Rendon announced late Friday afternoon that the bill, Senate Bill 562 by state Sens. Ricardo Lara (D-Bell Gardens) and Toni Atkins (D-San Diego), would not advance to a policy hearing in his house, making it all but certain the measure will not be acted upon this year.”

Rendon, in a brief statement, called the bill “wholly incomplete.” Hours before, according to a statement from CNA/National Nurses United co-President Deborah Burger, the California Nurses Association “submitted an additional set of proposed amendments in advance of the first Assembly hearing to begin the ‘completion’ of the bill Speaker Rendon had said was missing, a clear sign that his decision was not only unconscionable but also disingenuous in even the reasons he cited for freezing the bill.”

However, given his ties to the health insurance and pharmaceutical industries, it’s not surprising that Speaker Rendon shut down the bill. In an election swung by fraudulent votes, his senior adviser, Eric Bauman, was recently elected by party insiders to chair the California Democratic Party Chair. Bauman received over $100,000 in 2016 lobbying for the pharmaceutical industry against Prop 61, which would have capped prescription drug prices in California.

In 2015, the Sacramento Bee reported that Rendon received over $36,000 from drug makers. In April 2017, IBTimes reported that House Speaker Anthony Rendon, Senate President Kevin De Leon and Gov. Jerry Brown—all Democrats—have received a combined $370,000 from groups opposing single-payer health care legislation. Since 2010, these lawmakers have received $3.4 million in campaign donations from the health insurance industry. While California voters and progressive groups demand single-payer health care in the state, the Democratic establishment in California has been bought and paid for by the pharmaceutical and health care industries to prevent it from becoming a reality.

“At a time when the United States is the only major country on earth not to guarantee health care for all, and when tens of millions of Americans are uninsured or underinsured because of outrageously high costs, California has the opportunity to lead this nation in a very different health care direction,” Sen. Bernie Sanders said in response to Speaker Rendon’s decision to pull the plug on the bill. “If the great state of California has the courage to take on the greed of the insurance companies and the drug companies, the rest of the country will follow.”

Everyday, five people in California die due to lack of health insurance. Several polls have shown that a majority of Americans support a Medicare for all health care system. That this bill was pulled—despite being passed by the State Senate—signals the extent of corruption within the Democratic Party. In order to become a party that fights for the policies they market themselves with, the Democratic Party must purge itself of leaders that prioritize the interests of donors over voters. 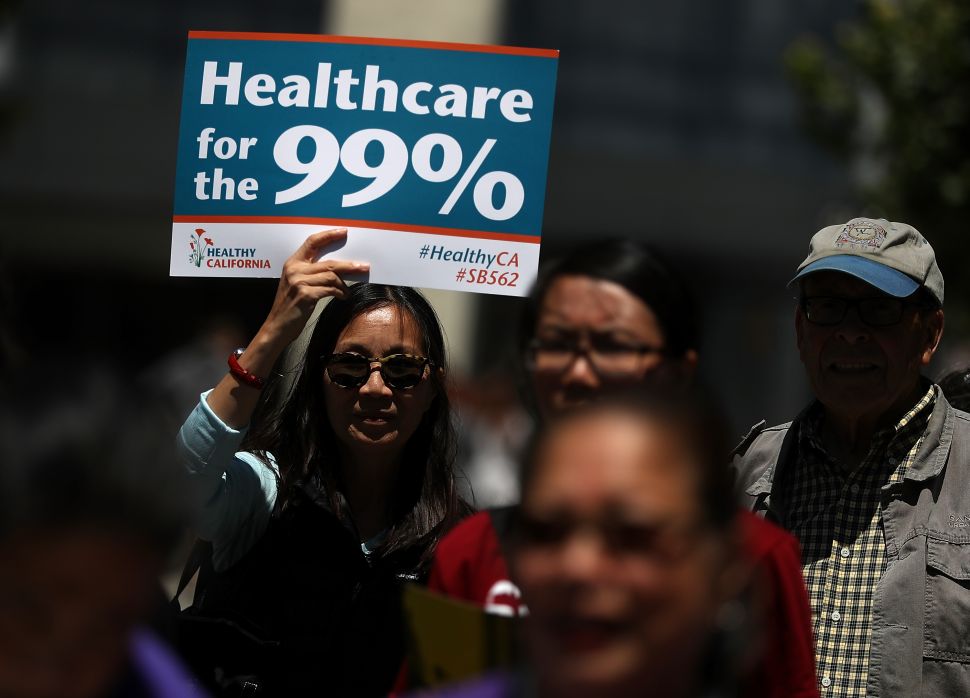