Spider-Man: Homecoming begins as a salvage operation. Not just for Sony, who famously must produce a Spider-Man movie every five years to maintain their rights to the character, but for a crew of city contractors who are cleaning up the space junk from the devastation that occurred in the first Avengers movie. When they get big-footed out of the gig by a government agency rightfully concerned that the dangerous scraps could be turned into weaponry (some regulation really is a good idea), the out of work crew becomes a criminal gang to the tune of the Rolling Stones’ “Can’t You Hear Me Knocking,” the clanging of their industry drowning out the part where Mick mentions “Cocaine eyes.”

The scene is one of the very few in the latest expansion in the Marvel Universe not to feature the title character or his alter ego Peter Parker and, like the others (including one of two post credit sequences), it falls a little flat. This movie has a lot of pop and fizz and every bubble of it comes from teenage Peter, played by the game young British actor Tom Holland, as well as his terrifically nerdy classmates at Midtown Science. As long as the kids stay in the picture— thankfully, that’s most of the movie— Spider-Man: Homecoming is the fun playdate most of us have been looking forward to since the character stole Cap’s shield last spring in Captain America: Civil War. When the adults show up— especially Robert Downey Jr.’s increasingly problematic Tony Stark and his cronies with the chimp-like monikers of Happy and Pepper— it begins to feel like summer school.

Spider-Man: Homecoming was written by three pairs of writing partners and sometimes viewers can feel like they’re binge watching one of those zinger-heavy high school-based TV shows albeit one with production values on an epic scale. Here, as in many of those shows, the teens are given space to have their own feelings and concerns. Peter’s best friend Ned— ebulliently realized by Filipino-American newcomer Jacob Batalon, who earns a bulk of the movie’s laughs— wants nothing more than to build the 4018 piece LEGO Death Star. Meanwhile surly Michelle— Disney Channel’s Zendaya doing an inspired take on Ally Sheedy’s character in The Breakfast Club’s— refuses to enter the Washington Monument because slaves may have built it. (The movie earns special points for putting her in a Sylvia Plath t-shirt for that scene.)

Peter’s concerns are chiefly centered on what he euphemistically calls his “Stark Internship,” but what is in reality zipping around doing good deeds and occasional backflips as a friendly neighborhood Spider-Man. It’s such fun seeing Holland goof around as Spider-Man, first in these early scenes and later when he is killing time after getting stuck in a government containment facility, that it is almost a disappointment when he stumbles onto something big: the aforementioned criminal gang robbing an ATM with space weaponry. When the heavy action gets going, spearheaded by Michael Keaton’s Vulture swooping around on wings that seem powered by two industrial kitchen fans, Spider-Man becomes less defined by his wit and boyish enthusiasm than by his ability to take a beating.

This mostly light film has its most emotionally resonant moment— on which Holland really delivers— towards the end when Peter pleads for help under the debris of a collapsed building. For me, the scene not only evoked a similar, iconic moment from the original Stan Lee and Steve Ditko comics (see The Amazing Spider-Man #33) but also 9/11, an idea driven home moments later when we see an airplane hurtling towards the city. I sometimes wonder if these filmmakers are aware of the wounds they open when they take such pains to represent the real city, with its Larb joints and its churros, and then cause fake catastrophes as if we were not still healing from those that were real.

I also wonder if the majordomos of the Marvel U are aware of what a profound Tony Stark problem they have. In this world, Spider-Man only really gets to be Spider-Man if it is okay with his capricious and often illogical boss. Meanwhile, most of the major conflicts— dating back to Avengers: Age of Ultron and Captain America: Civil War— have resulted from Stark making increasingly stupid and flippant decisions. It is Stark, not Peter, who has built his super deluxe spider-suit, one that not only possesses a compassionate female operating system à la She (Peter calls her Suit Lady and then Karen and she is voiced by Jennifer Connelly) but also has so many different web settings that it alternately calls to mind a Star Trek phaser and the thermostat controls at a particularly fancy hotel. Stark keeps showing up and not showing up in distracting ways: is Peter really ever in peril if the man in the iron mask or one of his fleet of robot helpers can just swoop in and bail him out? Stark has his driver, Jon Favreau’s Happy, keep track of Peter’s progress but even Happy treats him with the same dismissive manner as his boss; towards the end, Happy condescendingly calls him a “good kid” as if he knows anything about him.

When Downey Jr. first played the playboy defense contractor almost a decade ago, Stark’s flaws were fascinating, informed as they were by the actor’s own troubled past. Now he just seems like a petulant jerk with way too much power. It’s Mr. Stark’s world, and we’re just fortunate that these talented young stars get to play in it. 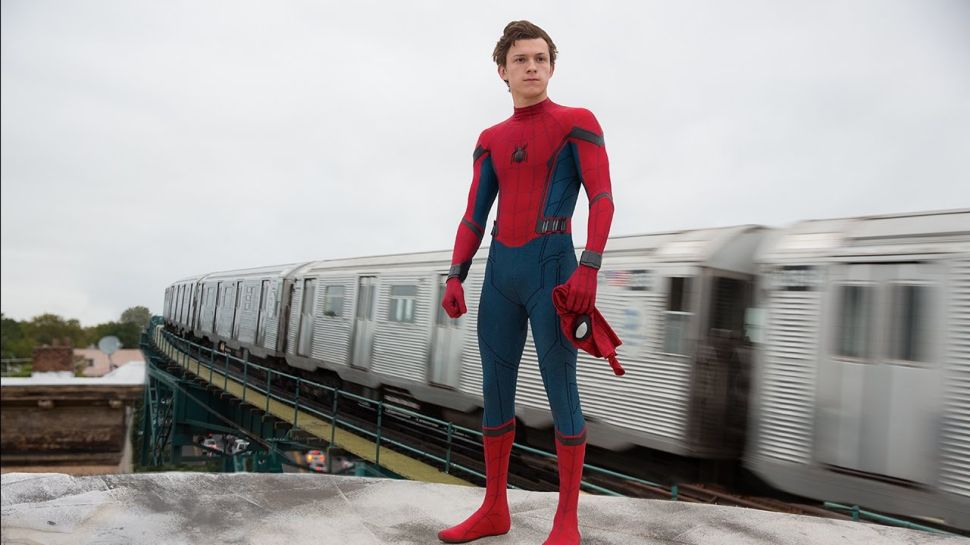