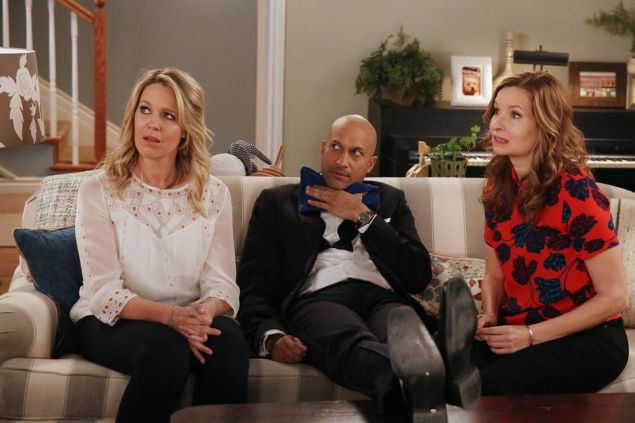 “When you hit 40, shit really hits the fan, and that’s when your friends become the most important people in your life; you’re each other’s family.”

This is Jessica St. Clair describing the foundation for the comedy series that she stars in with her best friend, Lennon Parham. The two women are about to hit the small screen once again as season three of their series Playing House is set to begin.

In the first two seasons, it was Emma who stepped up to help suddenly single Maggie handle being an unexpected single parent. When the series returns this time, it’s Maggie’s turn to support Emma, as this tight friendship now has to weather its biggest storm yet.

For a while, the nature of what exactly the two would deal with this season was kept under wraps, but recently St. Clair, in an essay for Stand Up to Cancer, revealed that she was diagnosed with breast cancer in 2015. So now fact has been turned into fiction as St. Clair’s on-screen alter ego will be dealing with the same issue and undergo the same treatments as the actress who portrays her.

In addition to the ladies, Keegan-Michael Key returns this season as Emma’s high school sweetheart Mark, with the two contemplating their status and the direction of their relationship.

Recently, the three actors talked about what’s come on the show, how they work together, and why they decided to tackle cancer on their show.

Talking about the ever-evolving relationship between Maggie and Emma, Parham says, “Like in life, we grow and change. There are things that Maggie and Emma are always going to do. We’re not doing some of the dumb stuff we used to do, we’re doing new dumb stuff!”

To this St. Clair quickly adds, “They say that in sit-coms characters never change, but we were trying to do something different with this in that [Maggie and Emma] do grow and change. We only come into the writer’s room with what we live. We thought, ‘can we make this funny,’ and we did.”

Revealing a few other things that will be playing out this season, St. Clair giddily talked about what’s to come in Maggie’s love life. “Oh, there’s some real hot romance for Maggie. We asked around, saying, ‘who is the new Mr. Darcy out there,’ and we were given a name and we looked this guy up online and we were like, ‘holy moly!’

The ladies also say that there will be a Game of Thrones themed ‘Sweet Thirteen’ party, an episode that’s an homage to the feature film Hoosiers, and some new dance moves as well.” Oh my god, we do have dancing,“ St. Clair practically shouted. “Two words: Tine Turner! Well, she’s not in this, but it’s still really good.”

Both women also step behind the camera this season to direct episodes of the series.

“I was scared to do it, but it was really fun,” explained St. Clair. “We’ve never done it before and we were supposed to do some of the later episodes but we had a scheduling issue and Lennon took over the first week, which was our Hoosiers homage, which just happens to be her favorite movie.”

Parham jumped in to clarify, “I watched Hoosiers a bunch of times and then I brought in a shot list [for the crew] and said, ‘I want this,’ and we did it, in a gym, for four days.”

Directing while acting is a little tricky, admitted St. Clair. “When we’re both on-camera and no one is actually standing behind the camera, that’s the hardest part, but we just trust how it feels.”

Talking about the third member of their tight-knit group, Parham says that it’s just fun to write for Key. “He’s the happiest man alive!” pointed out St. Clair.

Key says that this triad works so well together because, “all three of us speak a similar language. We don’t know how to do anything but collaborate.”

Explaining their backgrounds, Key said that Parham and St. Clair met as members of the Upright Citizens Brigade improv group, while he’s an alumnus of another well-known troupe, Second City. Key and St. Clair met when they worked on a movie together.

Delving further into what makes the trio so close, Key said, “Jess and I are very good friends. We’re each missing like two strands of DNA; otherwise we’re the same person. I adore these girls so much and the process with which they write. They know me so well that when I come on set it all just feels right.“

Speaking more specifically about this season of the series, Key added, “I said, ‘I can’t miss [being a part of this story that they’re telling.] This show allows me to move in so many directions — I get to be a romantic lead, take things seriously and be as wacky as we want. There are a lot of colors I get to use on this canvas. It’s the variety of work that I get to do but it’s especially with this two.”

St. Clair summed up her thoughts about the direction that Playing House is taking this go-around saying, “I have to tell you, this season will make you laugh hilariously but also sob openly. We had a year and half between seasons and some shit really went down. We lived it and we decided to write about it. The real life friendship [between Lennon and I] deepened. It’s been a really cool thing to write the story of your best friendship. This season is truly a love letter to what Lennon has done for me.”

Playing House airs Fridays at 11 p.m. ET on USA. The episodes of Season 3 will be available on VOD June 24. 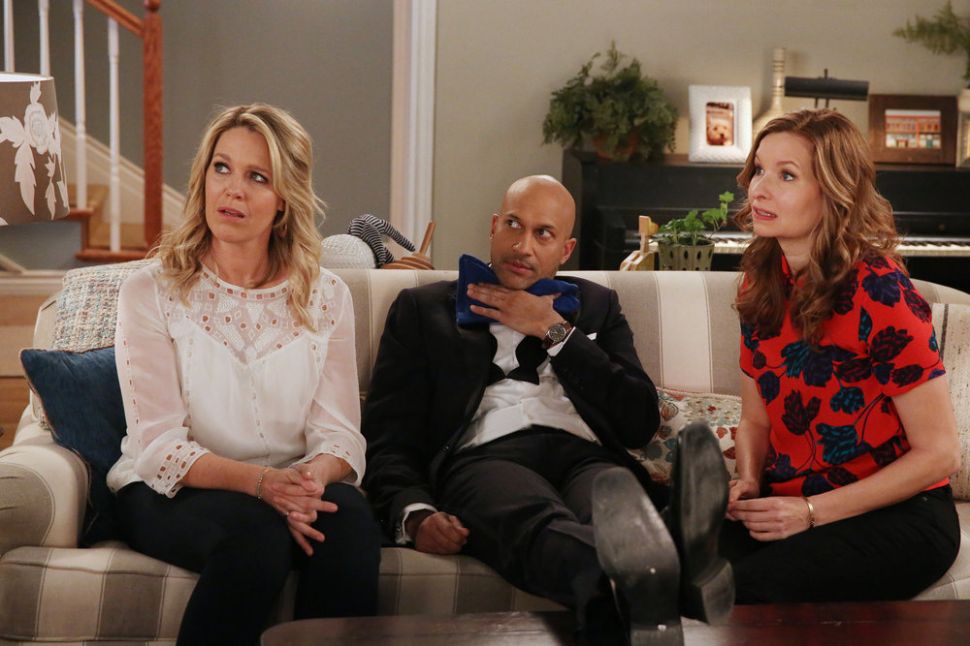