There are very few celebs we love more than the melodic master of melancholy, Lana Del Rey. That is, of course, except for the queen of everything ethereal, Stevie Nicks. When it was revealed that the latter would be making an appearance on Del Rey‘s upcoming album, it was music to our ears—pun intended.

But that’s not all; today it was announced that Del Rey is V Magazine‘s July cover star and Nicks had something to do with the project. In fact, the cover story features a conversation between style icon, cult-favorite singer-songwriter and former Fleetwood Mac front woman, Nicks, and the 32-year-old Del Rey, as they discuss a myriad of topics.

Touching on the current (and rather tense) political climate, Del Rey states, “Regardless of where someone is at personally, the current landscape jolts you into being present, if you’re not crazy. If you’re a normal person, you’re suddenly aware and watching everything…I feel lucky to be able to speak my mind through music right in the present moment.”

Nicks’ response echoes Del Rey, as she reminds her, “Remember that we’re the ones that are here to lighten life…and try to keep people going. We have to have hope. We have to believe that this will all end up okay and that we’ll all end up okay. Because if we don’t do it, then who the hell is gonna do it?”

It becomes clear throughout the conversation that the duo really are a serendipitous match. They’re basically like soul sisters. “I think all of these little things, in a really fairy tale way, lead me to you and lead you to me in a strange witchy way,” Nicks tells Del Rey. “I hope when people read this interview they know that kindred spirits find each other along the way and that love never dies,” she finished, rounding off the conversation with one hell of a profound gem.

Read the full interview in on V Magazine‘s website now, and look out for the Americana Issue, V108, which is out July 6, and is available for pre-order now. 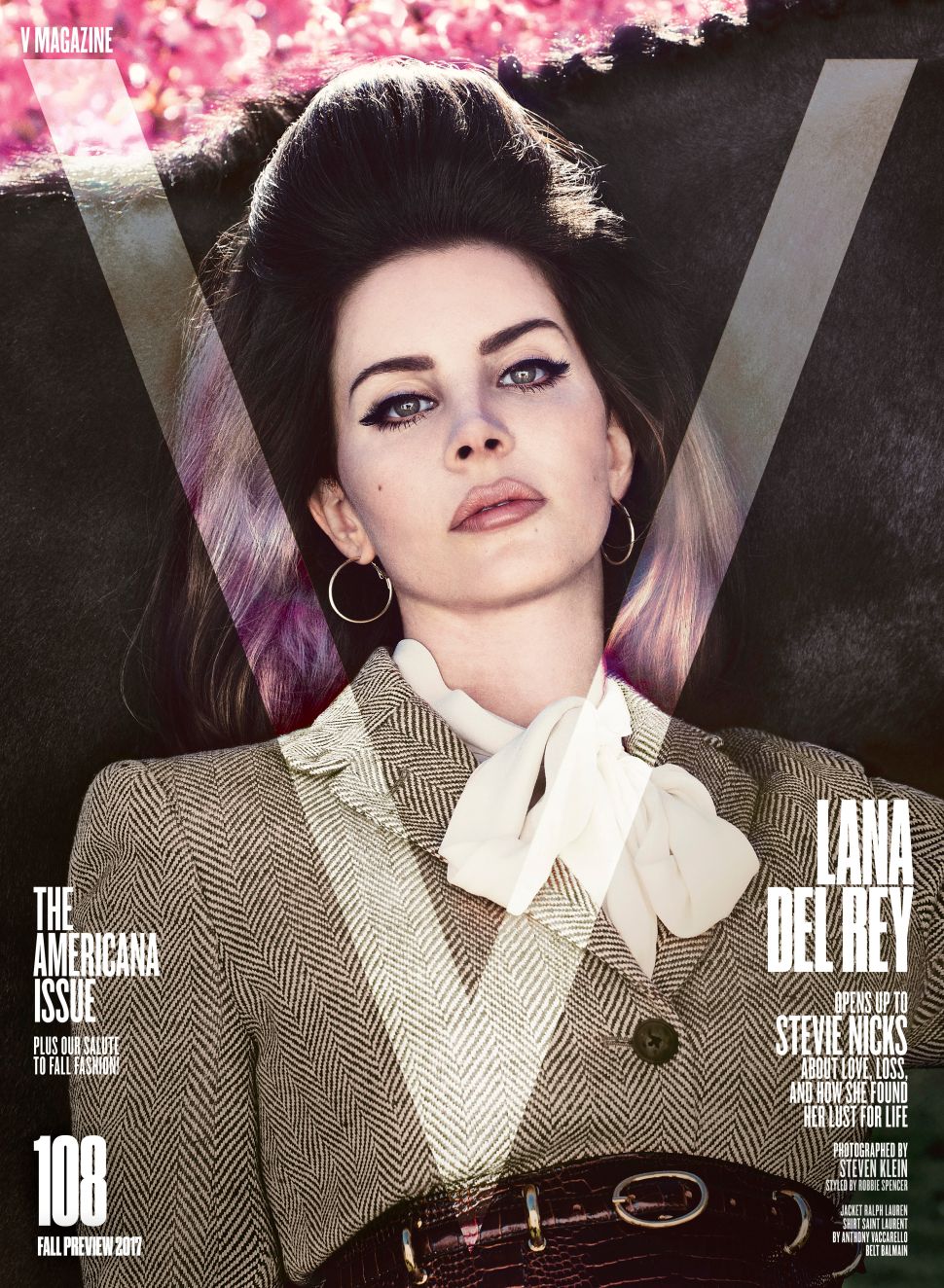