“One man’s vulgarity is another’s lyric” wrote the Supreme Court in a 1971 free-speech case. While astute philosophers could complain of the relativism this statement implies, we certainly should fear making offensiveness relative to some bureaucrat. The SCOTUS apparently agrees, too, ruling Monday that the government may not decline trademark protection for so-called “disparaging” terms.

At issue was the case of “The Slants,” a Portland, Oregon, dance-rock band comprising performers of Asian descent. After being denied a trademark for their name under a 1946 provision of U.S. law (the Lanham Act) prohibiting offensive trademarks, band member Simon Tam sued. A federal appeals court ruled the act’s “Disparagement Clause” unconstitutional in 2015, an opinion that has now been upheld by the SCOTUS 8-0.

The ruling will also likely settle the far more visible case of the Washington Redskins, which had their trademark protection revoked in 2014, a decision the team was appealing.

Justice Samuel Alito wrote the Monday opinion and was clear, stating that the Disparagement Clause “offends a bedrock First Amendment principle: Speech may not be banned on the ground that it expresses ideas that offend.”

The law was problematic for many reasons. It prohibited the registration of any trademark “which may disparage…persons, living or dead, institutions, beliefs, or national symbols, or bring them into contempt or disrepute.” Yet as National Review’s Rich Lowry pointed out, “Taken literally, this provision would forbid the disparagement of the KKK, an institution; or Benito Mussolini, a person who is dead; or Vladimir Putin, a person who is living”—or anyone else.

So who decides who may be “disparaged”?

One government bureaucrat would.

If that person—“from the United States Patent and Trademark Office—finds your speech to be offensive, the force of the entire federal government may use its weight to suppress your speech,” as First Amendment attorney Marc Randazza put it.

This is the problem with using as guide “offensiveness,” oft cited as a pretext for college speech codes, hate-speech laws abroad and other tyrannies over the tongue: Most everything offends someone and most everyone is offended by something. So “offensiveness” is never eliminated; instead, you have officials picking winners and losers, determining based on political fashions who may be offended—and what is deemed to be offensive.

The Redskins controversy is a case in point. A poll by the liberal Washington Post indicated that 90 percent of American Indians do not take umbrage at the team’s name. Thus, this appears another instance of white liberals getting offended on behalf of non-whites—a favorite college campus activity—as if they exist to bear a new “white man’s burden” for those they must believe are too stupid to know when they should feel affronted.

And since our bloated government touches most everything today…well, you can finish the sentence.

This, along with the thought police’s ever-metastasizing list of “offensive” terms/phrases, is a recipe for dropping an iron muzzle across America. Note that in recent times, Christmas vacations, golf outings, America-themed BBQ, “evergreen trees,” correct grammar, the word “man,” the American Flag and the term “freshman” have been labeled offensive on some college campuses.

As for the Redskins controversy, there’s an irony to it. No one names a sports team the Portland Pipsqueaks or Washington Wussies. Teams adopt appellations such as the Braves, Cherokees and Indians because they command respect and invoke images of intrepid warriors; it’s a case of imitation being the sincerest form of flattery.

There’s hypocrisy here, too. Today we accept, and Hollywood promotes, all sorts of vulgarity. Then many of the same people turn around and claim arbiter-of-offensiveness status. Perhaps they should ponder what George Washington wrote about profanity, as he called it “a vice so mean and low…that every man of sense, and character, detests and despises it.”

Ultimately, the market—which means the people “voting” every day with their pocketbooks—can decide what’s too offensive to prevail. No, the market isn’t perfect. But to use a twist on a Winston Churchill line, this economic democracy is the worst form of societal control, except for all the others.

It certainly beats having Mr. Time-clock Bureaucrat play god-protector of a snowflake nation. 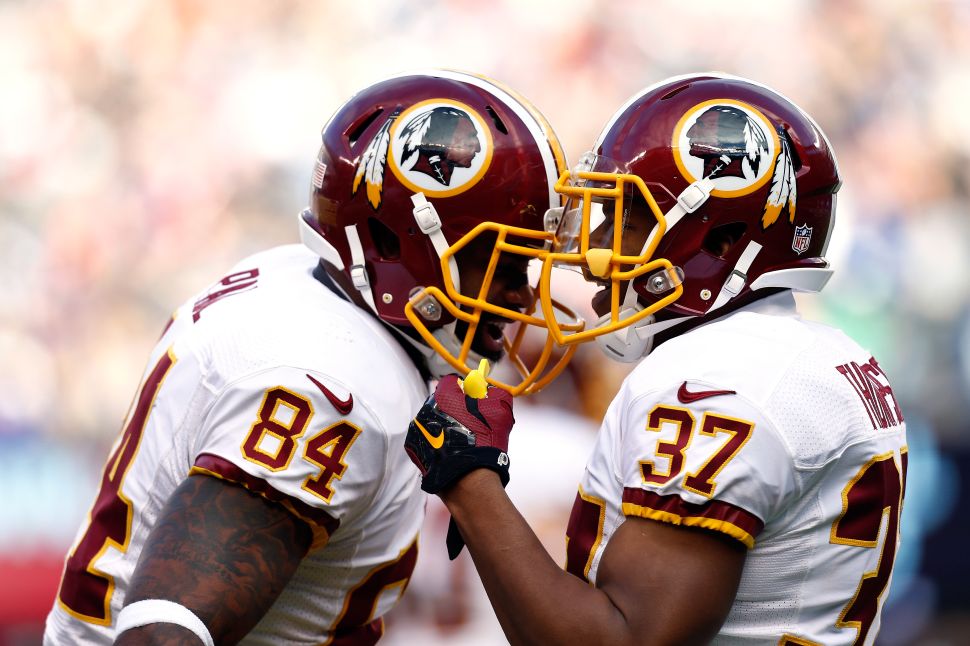