People say Taylor Swift is a racist, a horrible anti-feminist and even a Nazi version of Barbie. These are just some of the things that have been written about one of the best-selling pop stars of all-time. If Taylor Swift poses with a golden retriever, you can bet that certain media outlets will jump in to say she’s racist for not posing with a black or brown dog. The social justice wing of the media wants to destroy Taylor Swift. For the most part, the backlash is completely misguided and makes a mockery of real social justice issues.

Taylor Swift is not perfect, and some of her actions have been rightfully criticized. For example, in terms of her background, Swift wasn’t the underdog that she has portrayed herself as. Also, not only was trying to portray herself as a victim of Kanye West’s misogyny (at least recently) a mistake, but her tweet about the Woman’s March in January was ridiculous considering she didn’t even show up.

So much love, pride, and respect for those who marched. I'm proud to be a woman today, and every day. #WomensMarch

However, none of Swift’s actions deserve the vitriol she has received. Unlike other female superstars, Swift has never claimed to be a sexual assault activist and then filmed a music video starring R. Kelly and Terry Richardson (hello, Lady Gaga). Although Swift has dabbed into hip-hop, she has never tried to soften her image by claiming she now hates the genre (hello, Miley Cyrus). She has never tried to use drag queens to sell music that hasn’t been making waves (hello, Katy Perry). Criticism currently surrounding Taylor Swift has (mostly) nothing to do with her but rather the self-appointed cultural police who are doing the criticizing.

Taylor Swift represents everything the social justice police resent: she’s white, she’s pretty, she’s talented, and she’s amazingly successful. In other words, Taylor Swift has “privilege” and she’s part of the problem. While racism, sexism, etc. are still important social issues that need to be dealt with, Swift’s are using the wrong person as their scapegoat.

Adele, who’s also been bashed by the social justice crowd, isn’t a main target because she’s overweight and therefore doesn’t have “pretty” privilege. Madonna would be a perfect target, but she has a history with the LGBT community, although younger millennial LGBT members are actively trying to change this. Lady Gaga, who has posed with men in chains wearing blackface, would be the perfect target, but the singer has brilliantly cast herself as the victim and the underdog. Perhaps Taylor Swift might find solace in the fact that her arch enemy, Katy Perry, is close to replacing her as the target of the cultural police.

Still, Taylor Swift has to overcome a lot when she releases her new album, which is expected to arrive this fall. Social justice critics will be sharpening their knives. They will be looking to find something in the album that shows Swift is a racist who promotes nothing but white feminism.

As someone who has worked in the music industry and has followed its trends for years, I have the following suggestions for Taylor Swift and her return to the pop music scene.

Make It All About the Music

Taylor not only needs to not only deliver a great album; she needs to present it without social media statements or interviews that can be taken out of context. She needs to stay out of tabloids to ensure her art will be heard.

Social media used to be a great outlet for pop stars to promote their music. Now, it has become a landmine for media outlets looking to cause faux outrage in order to garner page clicks. Taylor can advertise her album and talk about the music, but she should stay off social media for the most part.

Whenever Taylor Swift is in a PR ruckus, we soon see cameras following the star while she is paying a surprise visit to a veteran or visiting cancer patients. These are great things to do, but having a digital photography and video staff follow Swift around makes people question her motives. Swift seems like a genuinely caring person, so making her charity more personal shouldn’t be an issue.

Swift’s “Bad Blood” may have been a huge hit, but people have accused her of bullying Katy Perry and engaging in an anti-feminist woman-against-woman fight. If Swift changes her tune in regards to Perry, the message of forgiveness would resonate with fans.

Taylor Swift faces a huge battle, but success isn’t impossible. She has a huge fan base that will buy her music no matter how many times she is accused of all the “isms.” Other pop stars have overcome bad PR during album campaigns with huge success.

In 1994, Madonna was the most hated woman on the planet and critics consistently declared her “over with.” However, by launching a low-key campaign for her album Bedtime Stories, the singer made people concentrate on the music, delivered a critically acclaimed album and scored the longest-running (seven weeks) No. 1 hit of her career, “Take a Bow.”

In 2003 and 2004, Britney had one PR disaster after another, and it all came to a peak when she got hitched and divorced in a one-day period. The first single from her album In the Zone was a bomb, but by laying low key, Spears let the music do the talking. The industrial dance jam “Toxic” and the sultry ballad “Everytime” became huge hits and helped Britney stay relevant—at least for a couple more years.

There is a well-known cycle for pop stars, particularly female ones. Phase 1: Build them up. Phase 2: Tear them down. Phase 3: Build them back up. Let’s hope by the time her new album is released, Taylor Swift enters Phase 3. 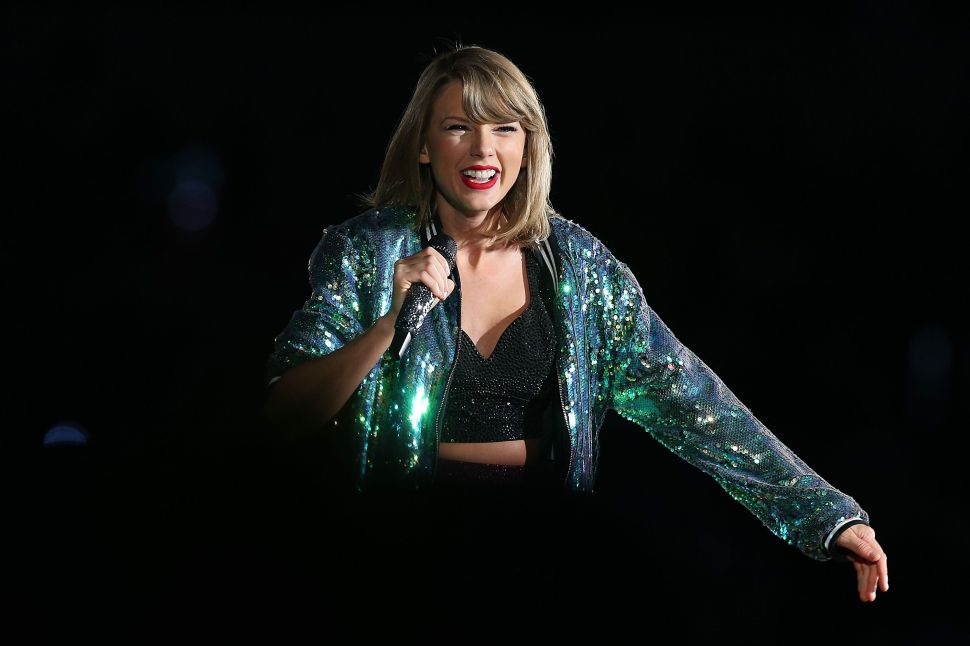