The world’s most powerful tech companies are resisting President Donald Trump’s decision to pull the U.S. out of the Paris Climate Accord.

Tech giants including Facebook, Apple, Google and Amazon are among a few of the hundreds of businesses who are now part of a public campaign dubbed “We Are Still In”—a name that derives from an open letter the coalition sent to the White House in the days following the unpopular decision.

According to The Chicago Tribune, The letter details the coalition’s collective disdain for Trump’s decision to exit the agreement, calling the decision to pull out of the accord  “a grave mistake that endangers the American public and hurts America’s economic security and diplomatic reputation.”

These companies join an already sizable coalition of around 1,200 government officials, university leaders and other businesses both large and small that have pledged to honor the agreement.

As controversial as the decision was, it’s no surprise that the former business magnate would make a move that seems to prioritize economic prosperity over the collective responsibility to provide a clean and sustainable environment for future generations. Now more than ever, Trump has made it abundantly clear that his stance on climate change will remain staunchly opposed to that of the majority scientific community and general population. Even before his inauguration, Trump has been quoted numerous times referring to climate change as “a hoax” constructed by the Chinese.

While many tech leaders are vocally opposing the decision to exit the agreement—a move that even prompted Elon Musk of Tesla and SpaceX to leave Trump’s advisory council,—a minority of business leaders are hailing the presidents business-oriented mindset. Some are confident that decisions like this will help boost productivity in the private sector to new heights and help accomplish the goals of the accord (to reduce carbon emissions, slow rising global temperatures and aid fellow nations in battling climate change)

“In Trump’s first few months in office, he has done more to catalyze and motivate the private sector than Hurricane Katrina or Sandy, or the work of talented environmental organizations put together” wrote Lynelle Cameron, president and CEO of the Autodesk Foundation in an op-ed for CNBC.

Trump’s decisions in office haven’t been received with open arms by the public, and the move to pull out of the Paris agreement is no outlier. As the growing coalition over 1,200 strong continues to garner its most recent support from some of the most powerful tech companies on the planet, it will be interesting to see if this collective public effort can effectively subvert the federal government. 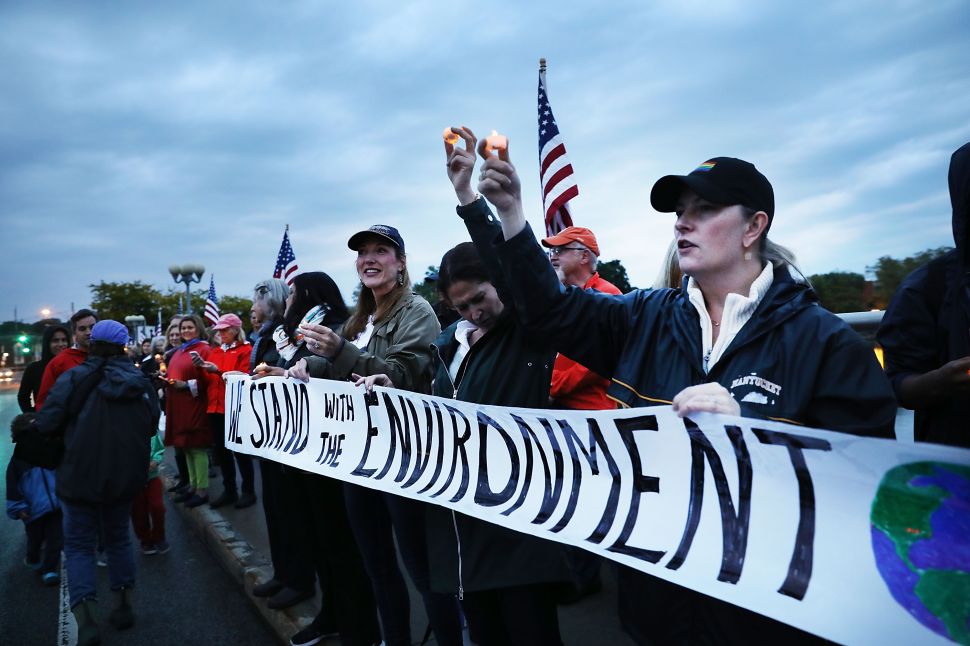