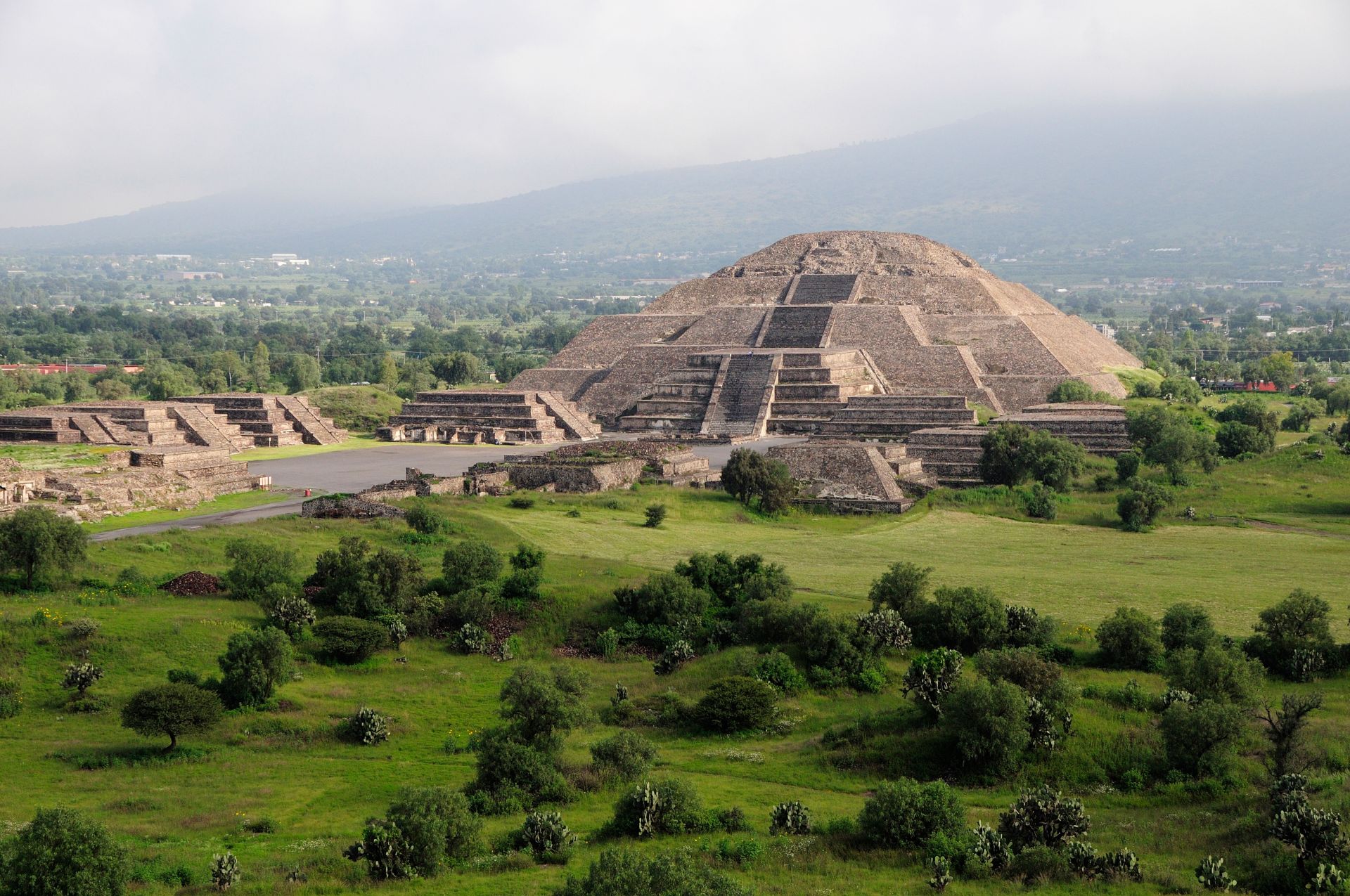 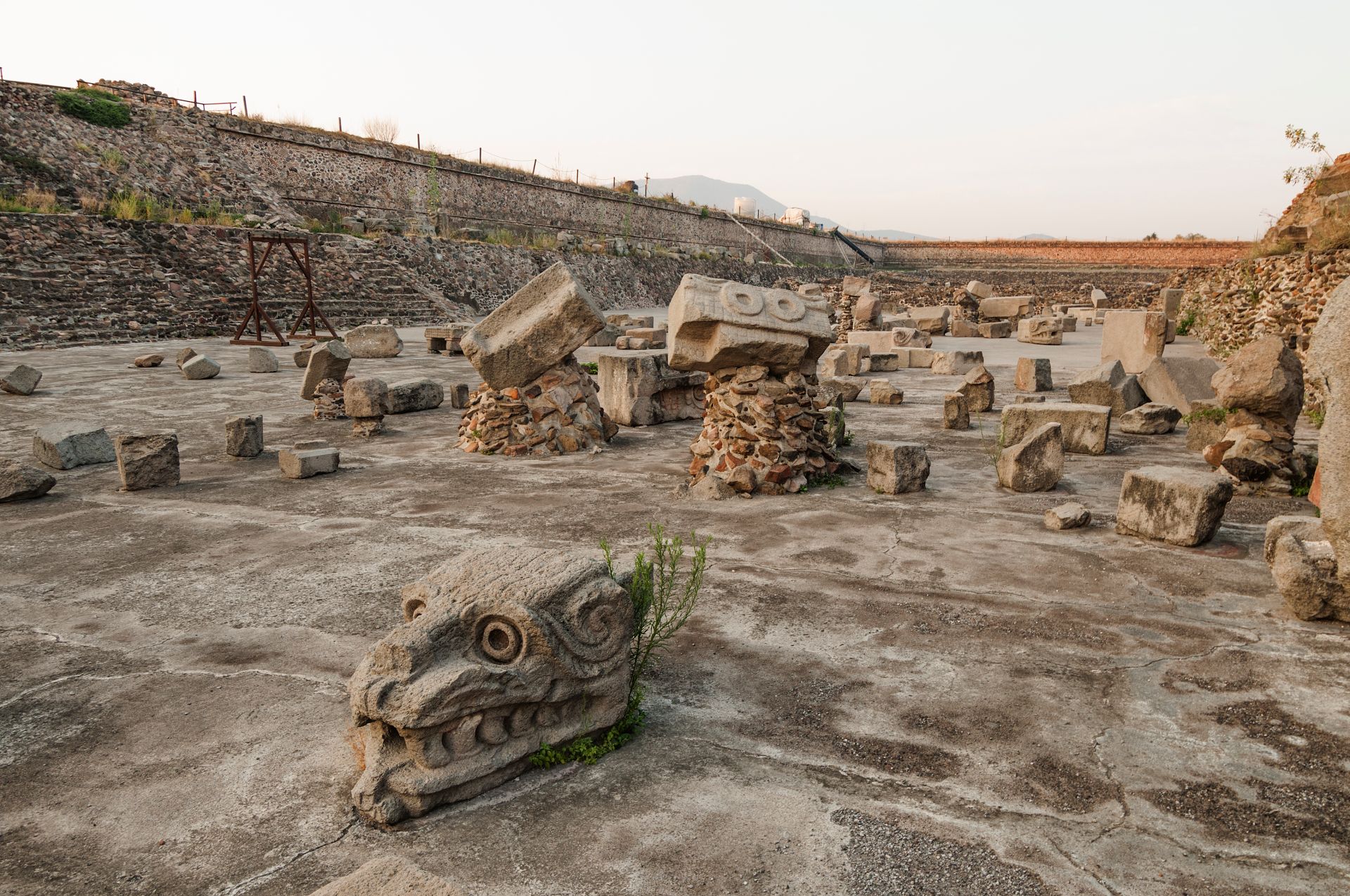 View of an area immediately east of the Feathered Serpent Pyramid, looking south. The fragments seen here tumbled down from the eastern facade of the building; some may have been deliberately thrown down in an attempt to desacralize the pyramid.
Photograph by Jorge Pérez de Lara Elías, © INAH, Image courtesy of the Fine Arts Museums of San Francisco 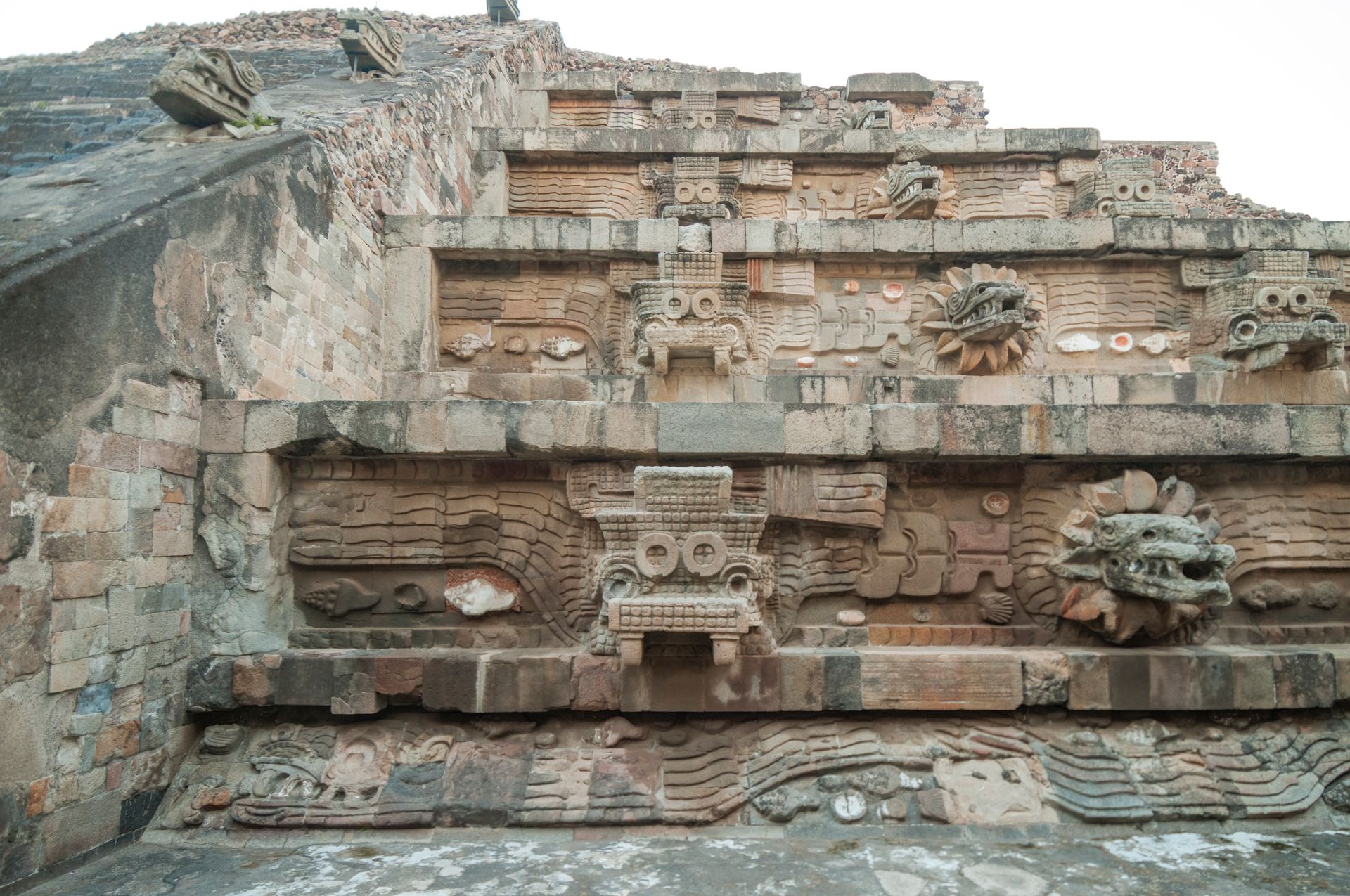 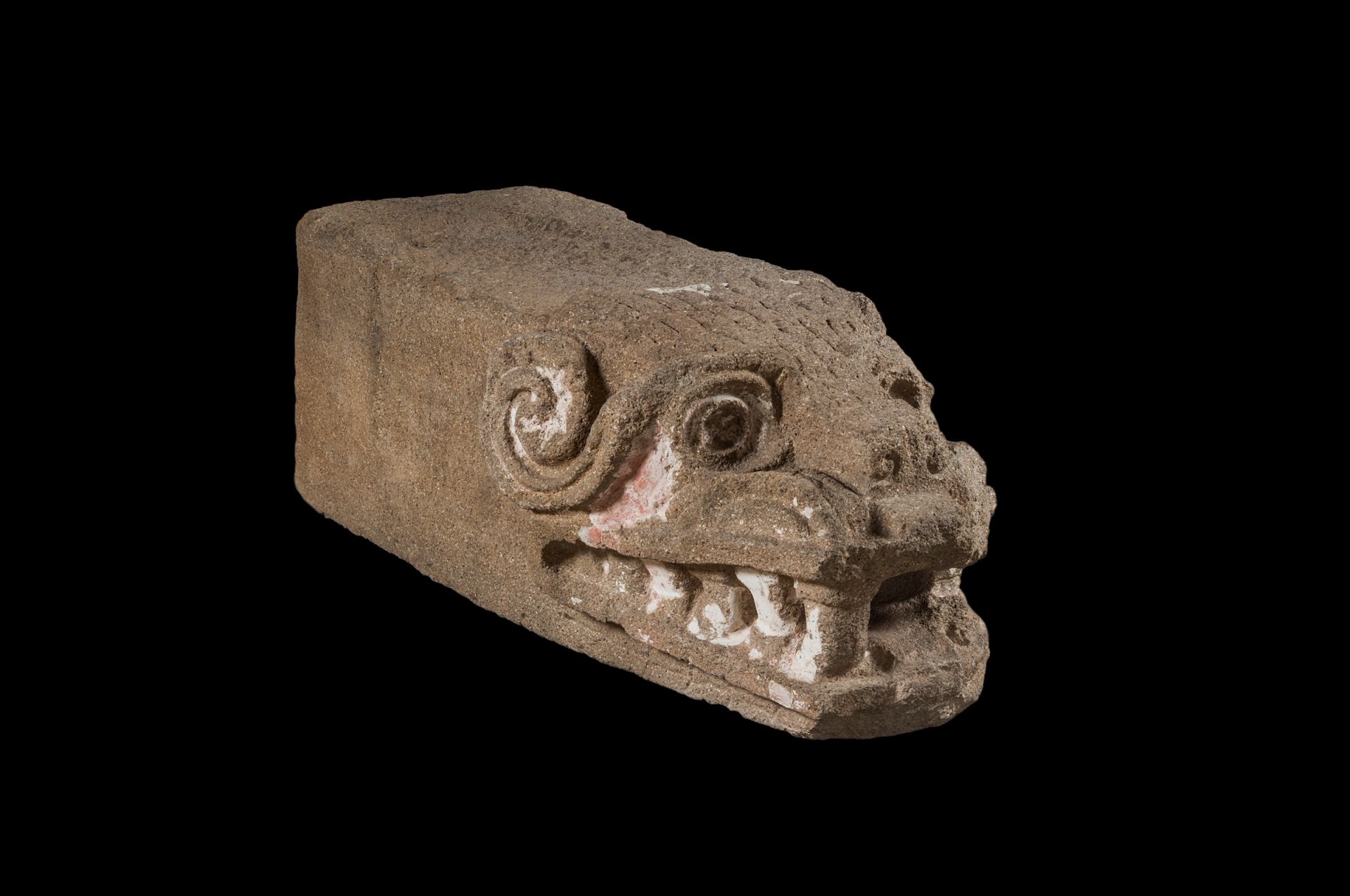 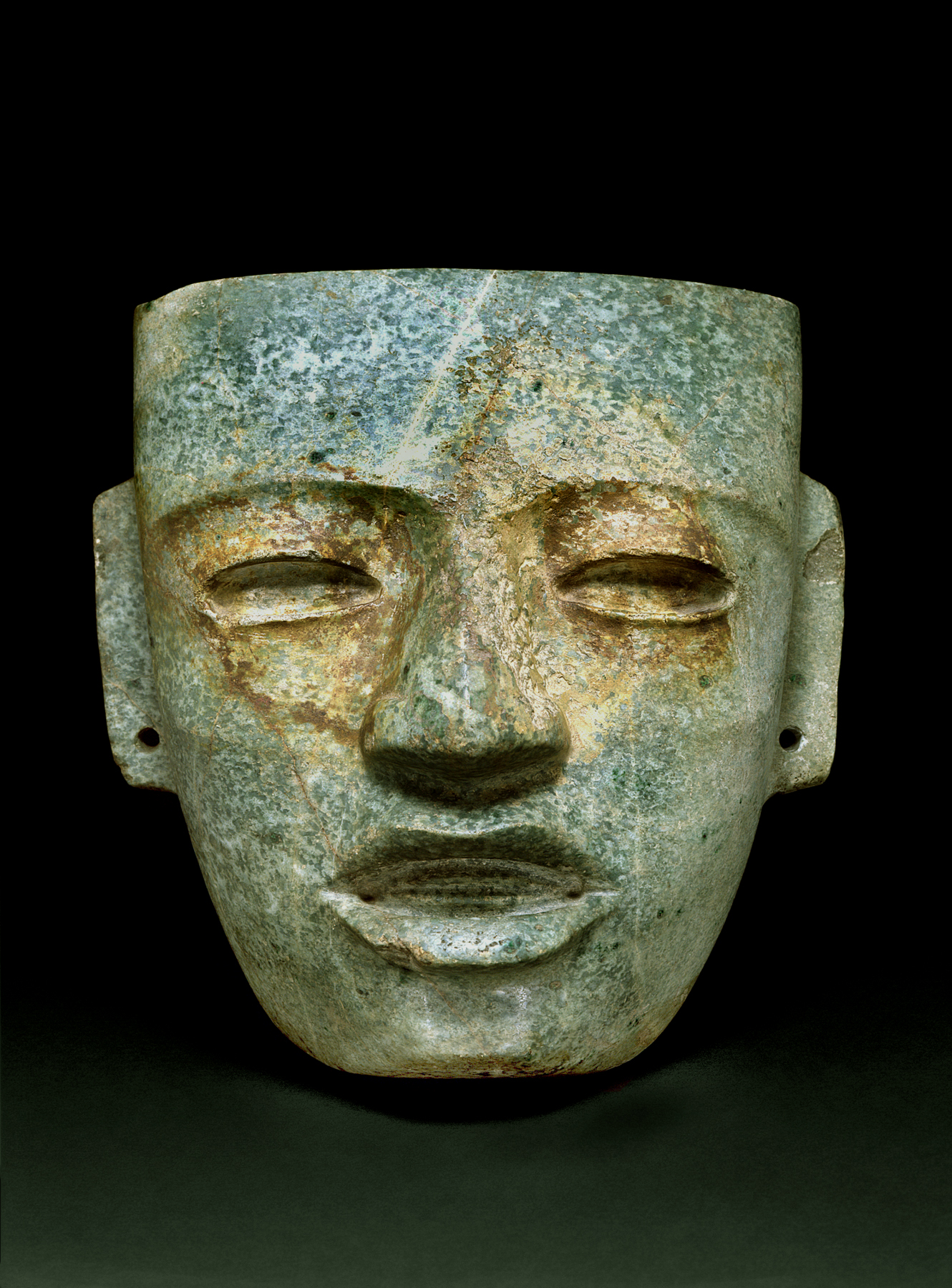 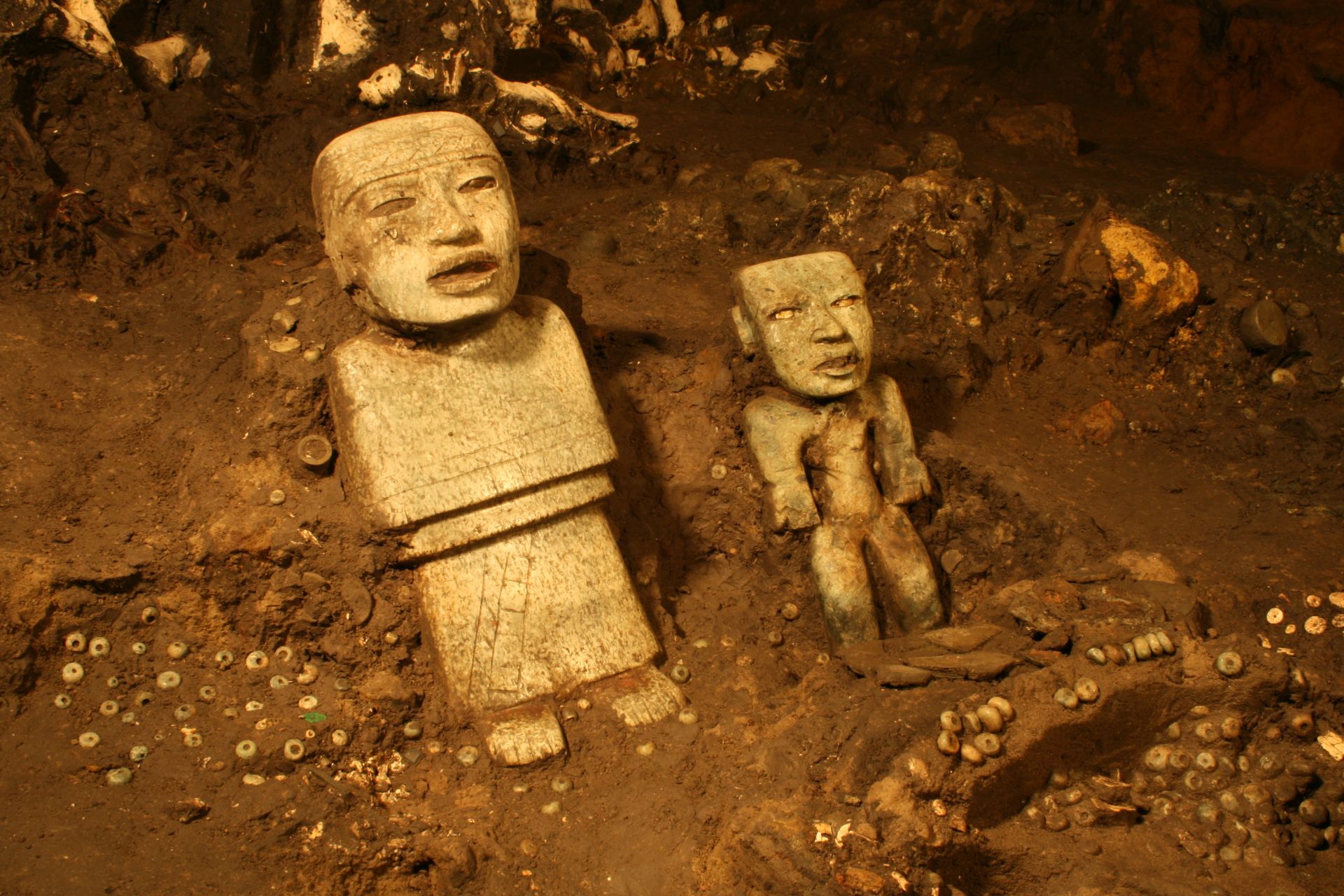 Detail of two standing anthropomorphic sculptures discovered near the terminus of the tunnel beneath the Ciudadela and the Feathered Serpent Pyramid.
Photograph by Sergio Gómez Chávez, Image courtesy of the Fine Arts Museums of San Francisco 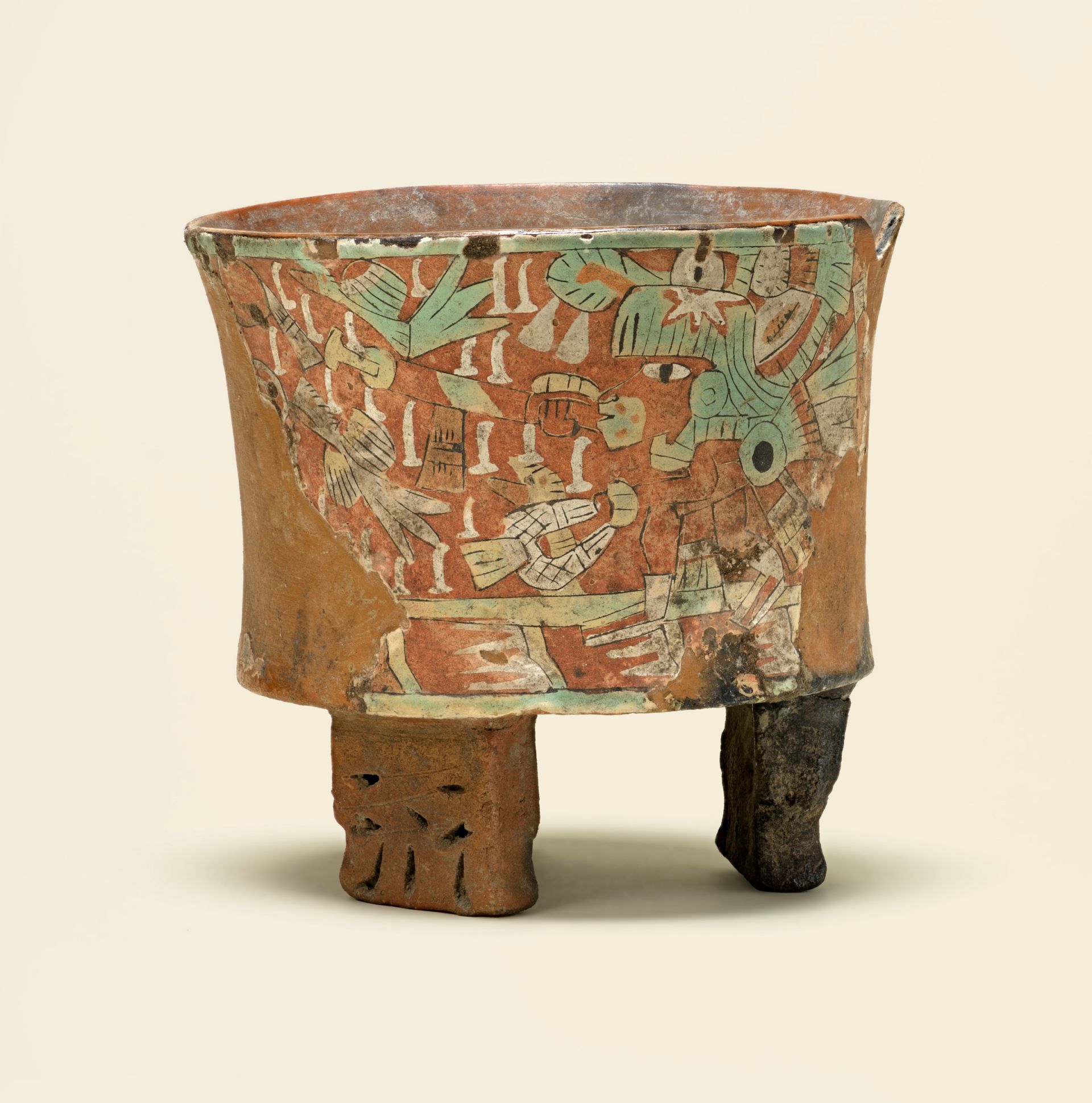 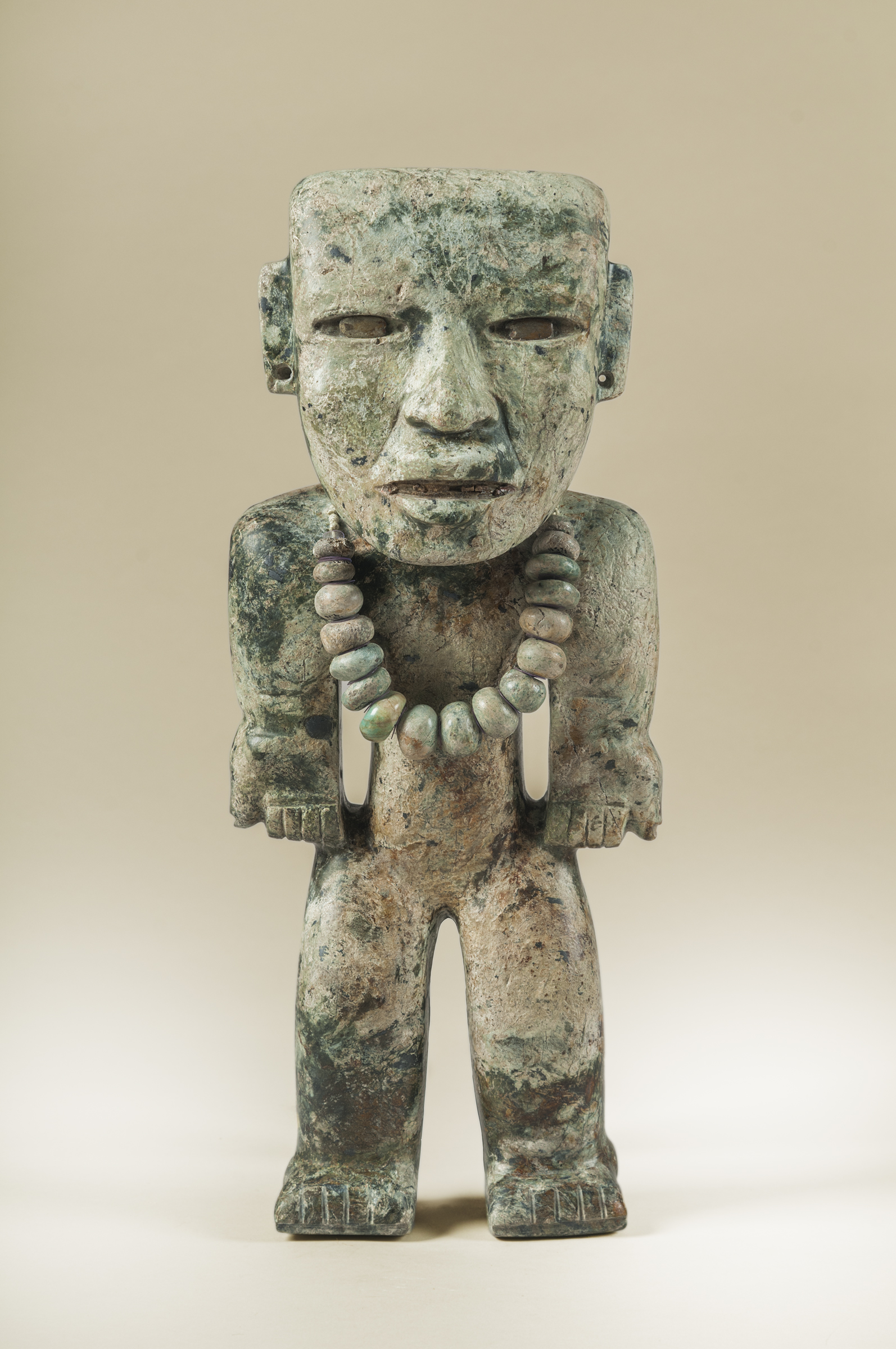 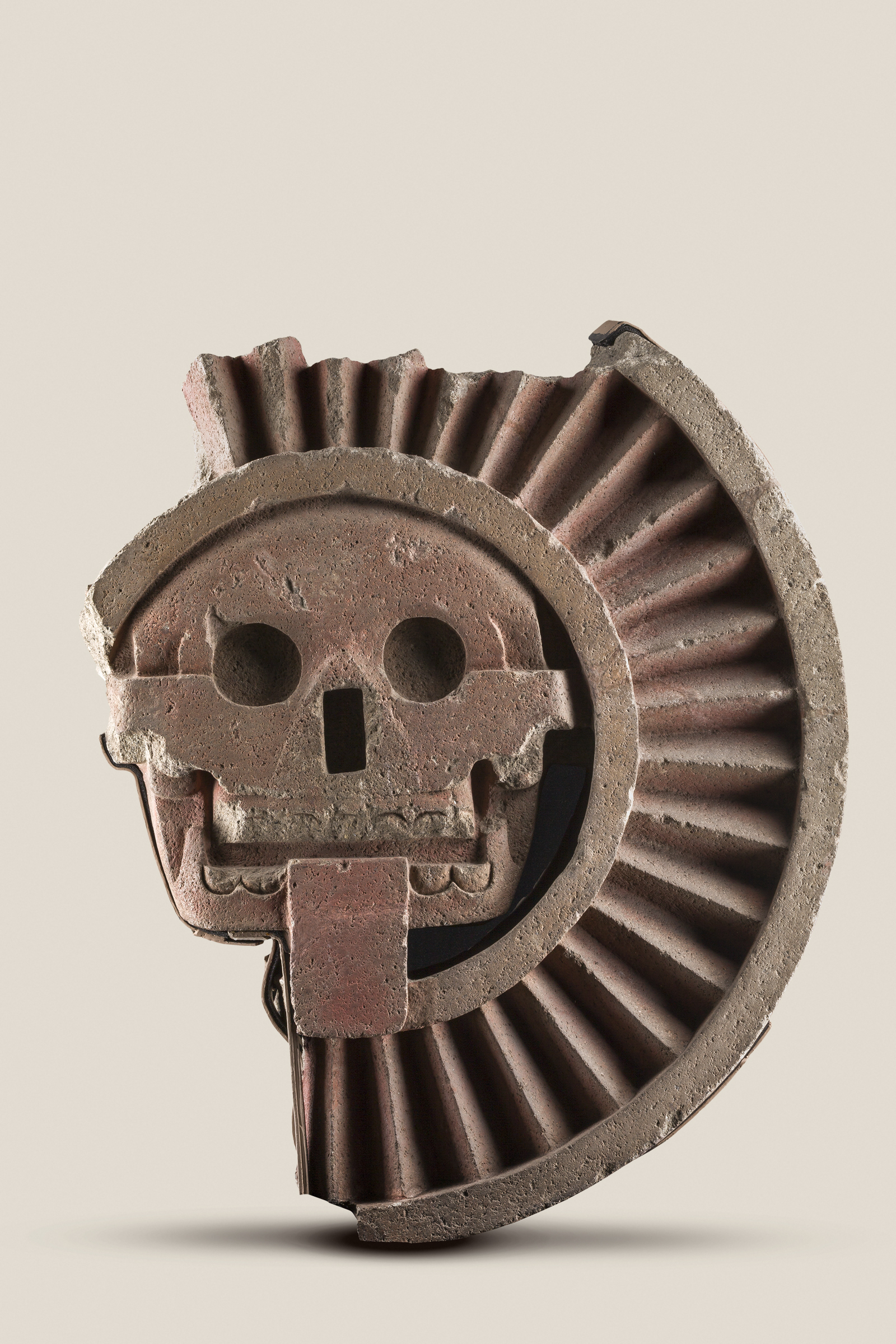 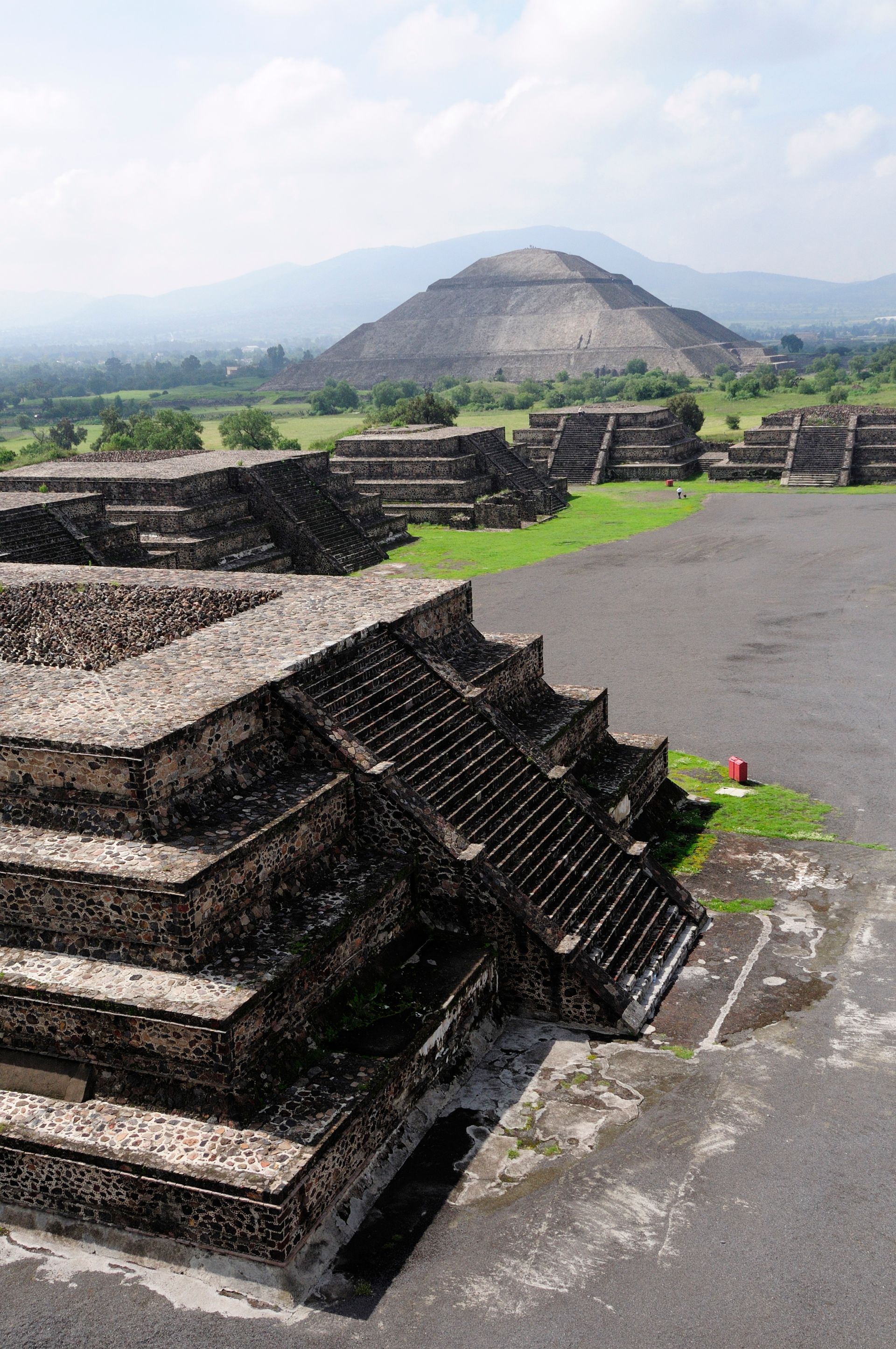 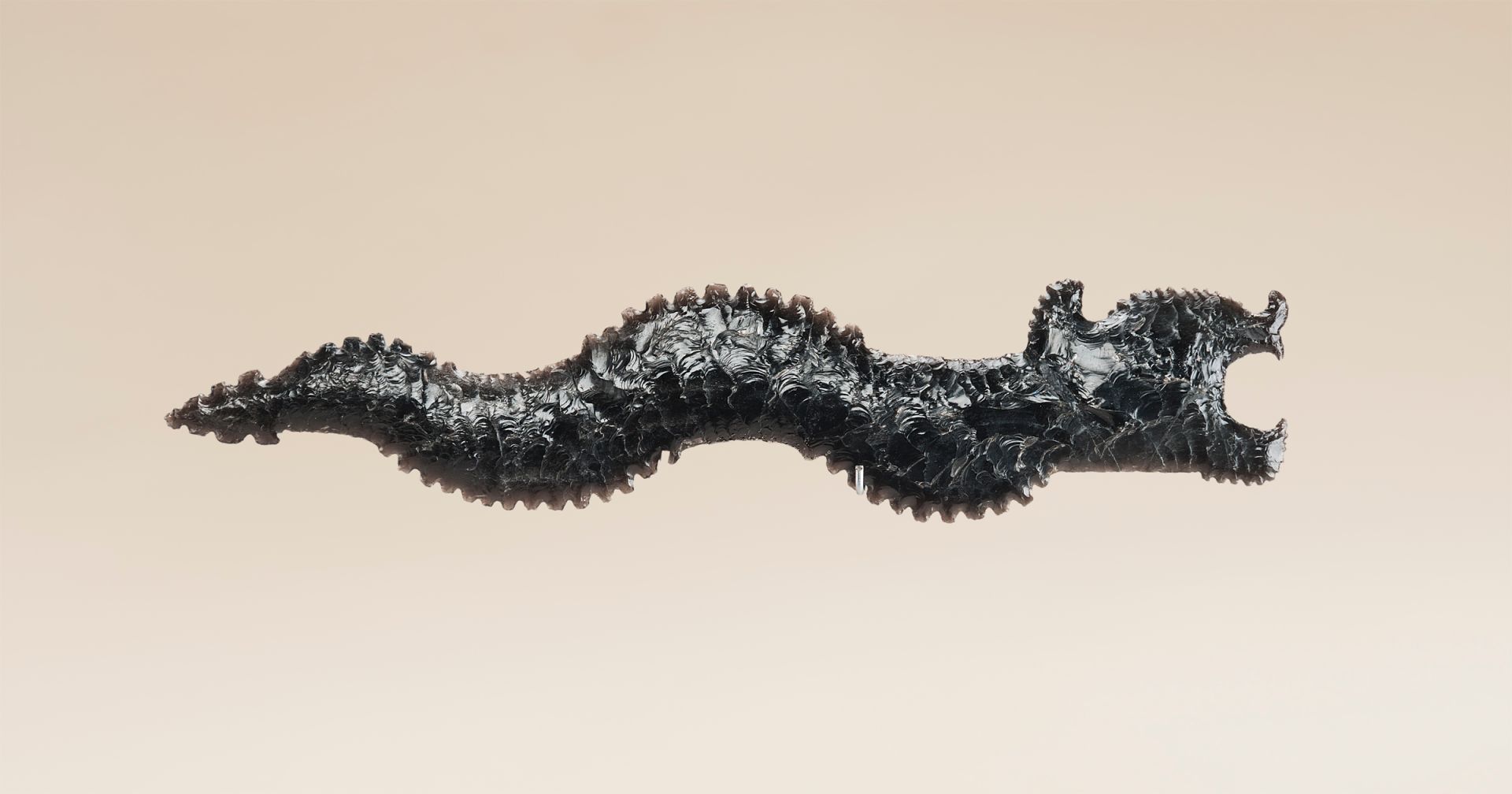 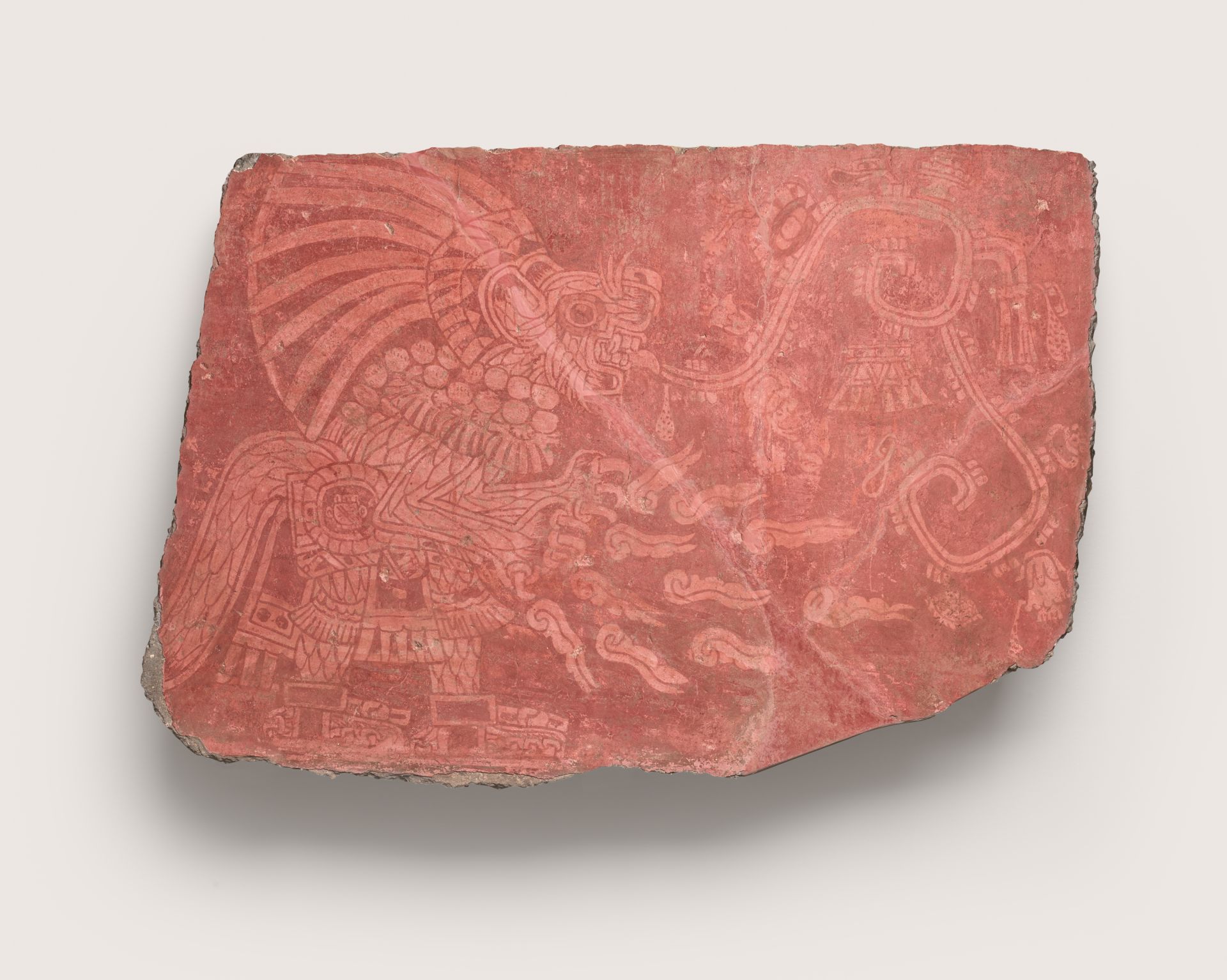 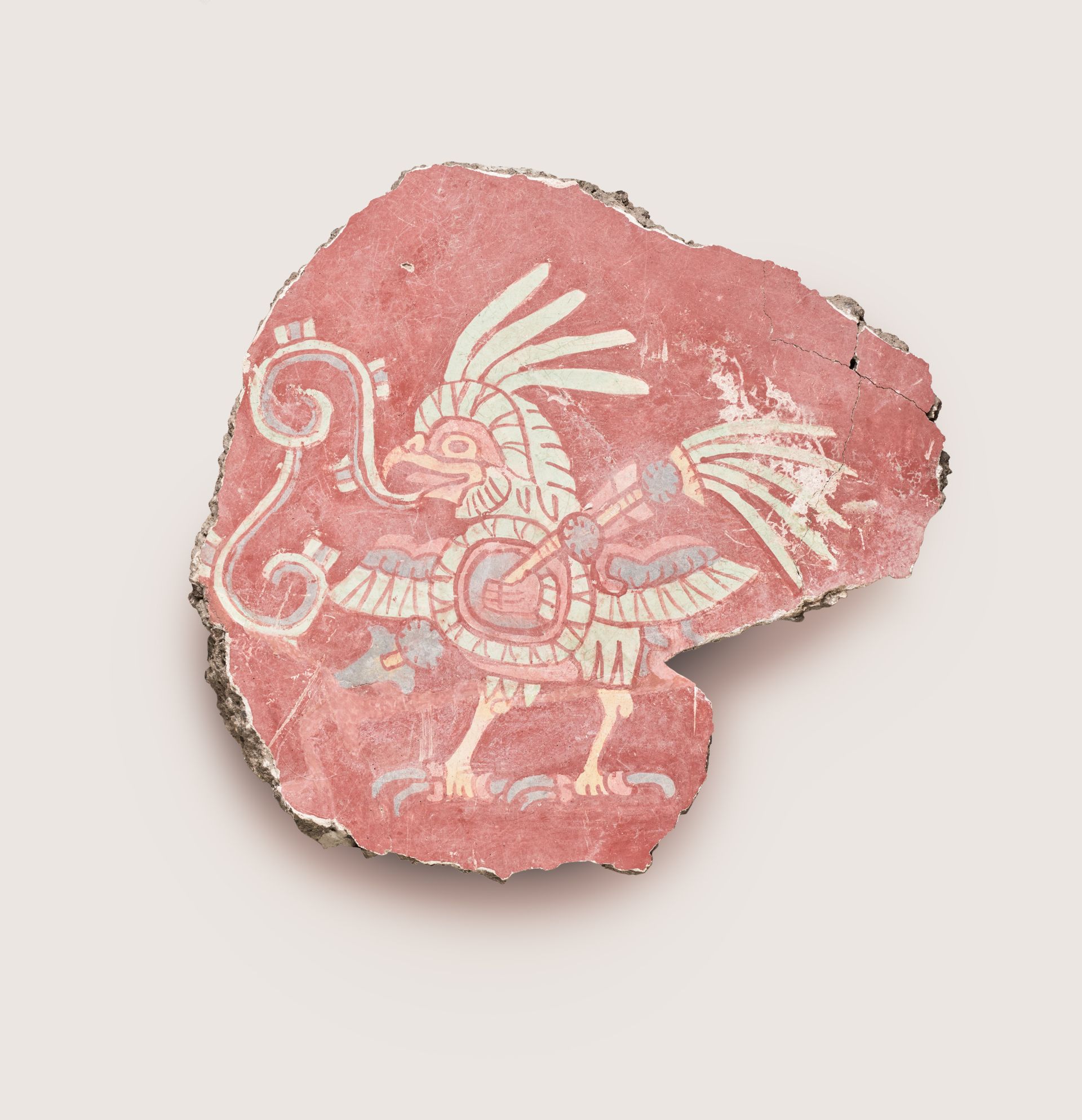 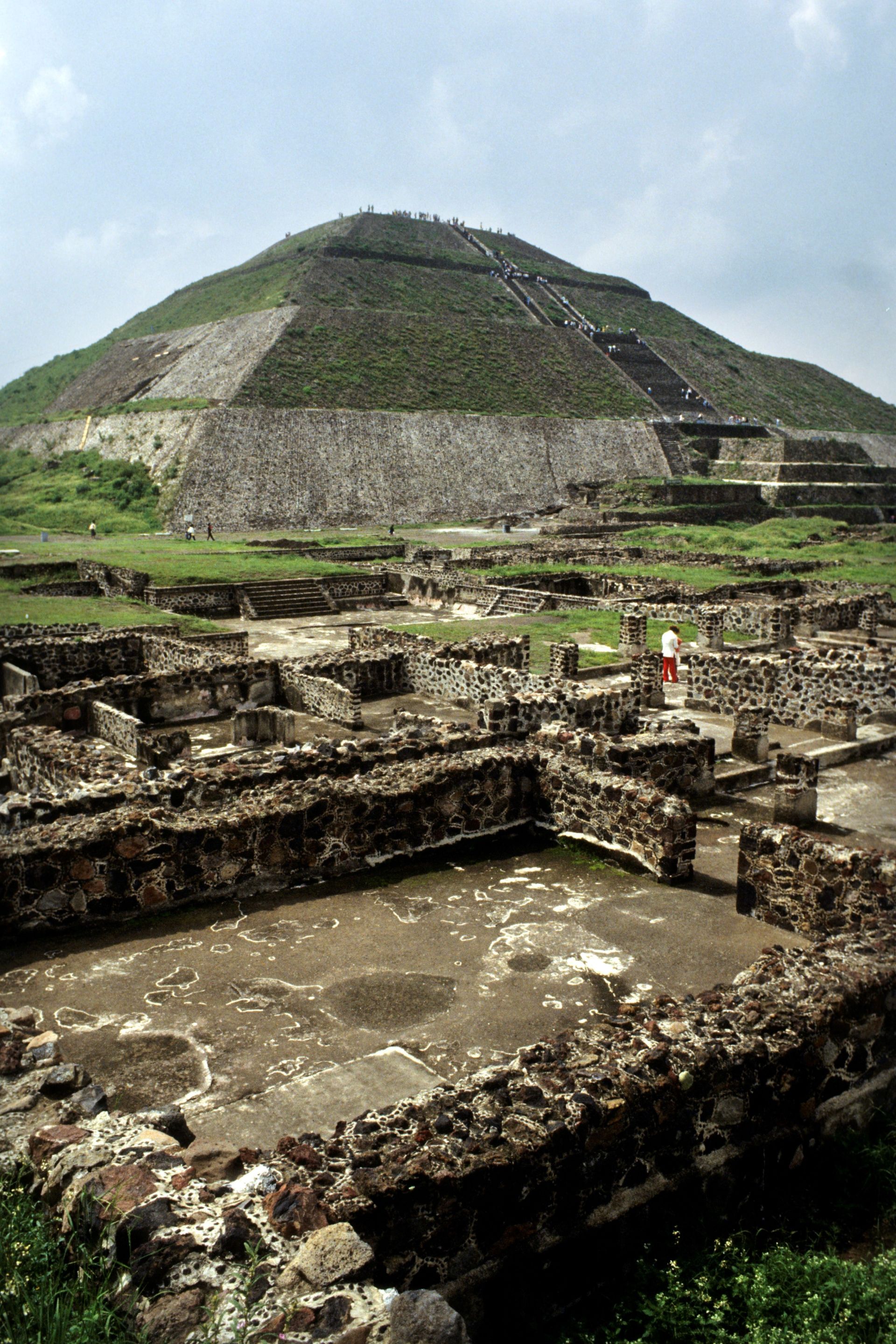 View of the Sun Pyramid looking east. At 63 meters tall, the Sun Pyramid was one of the largest and tallest structures in the Western Hemisphere until the development of the skyscraper in the nineteenth century.
Photograph by Jorge Pérez de Lara Elías, © INAH, Image courtesy of the Fine Arts Museums of San Francisco 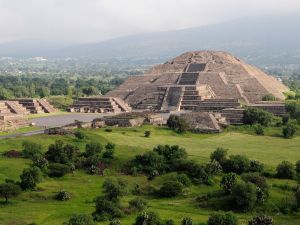 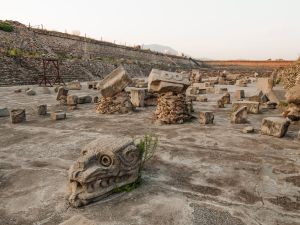 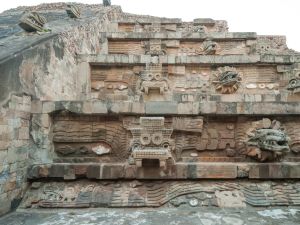 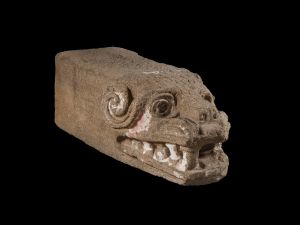 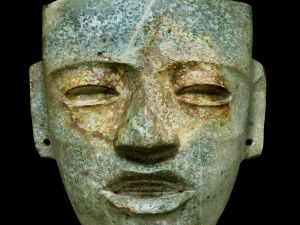 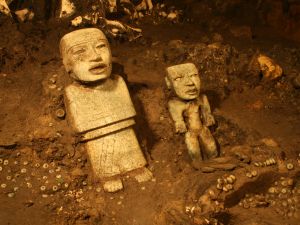 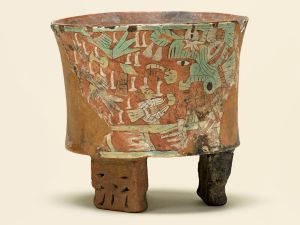 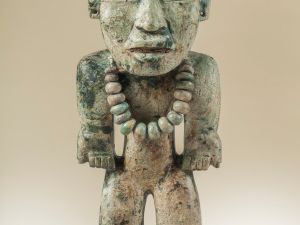 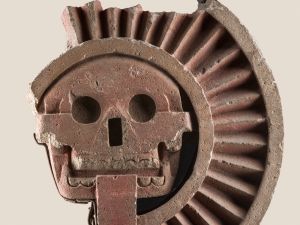 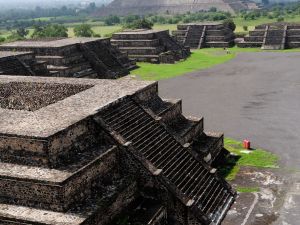 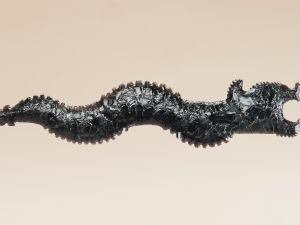 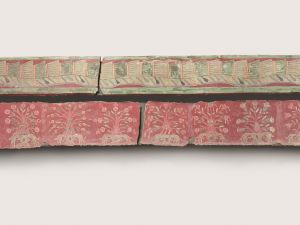 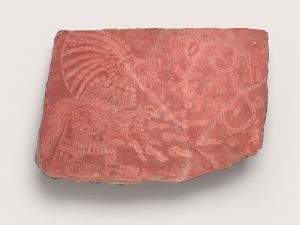 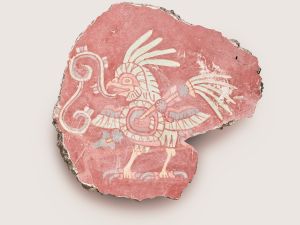 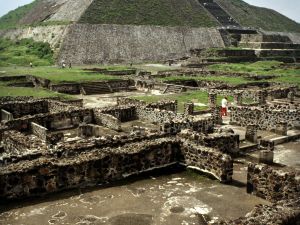 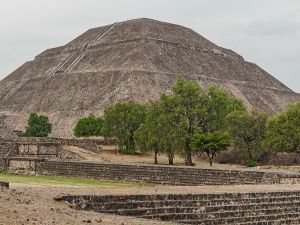 Egypt’s Great Pyramids may arguably be among the world’s most famous landmarks, but the Americas hold their own marvels of the ancient world and one such wonder happens to be located just 30 miles outside of the bustling metropolis of Mexico City. Approximately 4 million people travel to the remains of the ancient city of Teotihuacan each year, according to San Francisco’s de Young Museum, and the region has long been a hot spot for archaeological discoveries. Now, for the first time in over 20 years, rare artifacts from the UNESCO World Heritage Site—many of which are newly discovered and have never been shown before—will go on view to the public in the U.S. at the de Young Museum this fall.

“Teotihuacan: City of Water, City of Fire,” will run from September 30 through February 11, 2018, and the show will feature over 200 works, from sculptures to pottery vessels and ritual objects to mural fragments. After closing at the de Young, the exhibition is expected to travel on to the Los Angeles County Museum of Art where a selection of its delicately painted mural fragments made from plaster and stucco, crafted between 500 and 550 A.D., will be reunited with shards in LACMA’s collections which were discovered in the same residential compound at Teotihuacan.

“In this groundbreaking exhibition, an abundance of recent archeological discoveries will offer visitors to the de Young insight into the life of the ancient city and give greater context and significance to the Teotihuacan murals in our own collection,” said director and CEO of the Fine Arts Museums of San Francisco (FAMSF) Max Hollein in a statement.

The once powerful city of Teotihuacan flourished in its heyday around 400 A.D., when it was populated by nearly 100,000 people across eight miles, and was recognized for its soaring pyramids and wide processional avenues, according to the de Young. However, a fire in the 6th century nearly destroyed the city and its sprawling empire.

Archaeologists have worked for years to uncover the city’s lost history, and especially the significance of its many painted murals. In 1986, the FAMSF entered into a joint agreement with Mexico’s National Institute of Anthropology and History (INAH) to collaborate on conservation and exhibition efforts—a partnership which helped bring about the last major U.S. show on Teotihuacan in 1993.

“The past ten years have seen major revelations in Teotihuacan archaeology,” said INAH general director Diego Prieto Hernández. “With these discoveries comes a new sense of Teotihuacan that will have an impact for generations to come.”

Also on view will be the recently discovered artifacts recovered from excavations at the city’s three largest pyramids, the Pyramid of the Feathered Serpent, Moon Pyramid and Sun Pyramid.

And while no visit to Mexico would be complete without visiting the ancient city of Teotihuacan, the recent excavation of a temple and ritual ball court in the heart of Downtown Mexico City are proof that the Americas—even its urban cities—remain among the most important regions for archaeological discoveries in the world.