After terrorists attacked an Ariana Grande concert in Manchester and London Bridge a few days later, it’s clear the target is the British elections. That’s because disrupting elections, and possibly displacing incumbents, is one of the few things terrorists can actually accomplish.

As the London Bridge attacks were unfolding, I was giving a presentation in suburban Atlanta on terrorism. The topic was about research my undergraduate students and I did on terrorist groups, comparing them to those groups that did not use terrorism. Looking at 90 groups (45 using terrorism and 45 that did not), we found that terror groups only achieve their goals 13.3 percent of the time, compared to groups that choose not to use terrorism, which accomplish their goals 57.8 percent of the time.

It was an eerie reminder of when my students and I presented on Lone Wolf terrorism in November of 2015, just hours before the attacks in Paris, not long before a regional election where the opposition did well. Terrorists attacked just before the French election in 2017, too.

None of the Jewish, Christian or Muslim speakers in attendance voiced any support for terrorism, but many were surprised how poorly terror groups perform. That’s because they are good at getting attention—and killing people. But when it comes to winning independence, a separate homeland, a change in government, or forcing a regime to change its policy, terror groups come up short. Even those that have “succeeded,” like the FLN in Algeria or the Irgun in Israel, experienced partially hollow victories, post-independence problems, and questions over whether more peaceful tactics might have been more successful.

To bring in more recruits, intimidate others, and bring in revenue without getting people discouraged, independent or state-sponsored terrorists are left with few options. Western governments aren’t going to kowtow to them. Authoritarian regimes won’t succumb. So there’s only one option left that produces tangible results, or appears to do so: mess with a democratic election.

Contrary to popular opinion, terrorists don’t really want leftists in for some pacifist policies, or right-wing groups to win to produce a backlash. They really don’t care who wins; they just want the incumbent to lose. Whether it’s knocking out Israel’s Shimon Peres in the 1990s, Spanish Jose Aznar in 2004, or toying with George W. Bush in 2004 (cases I examined for the journal Homeland Security Affairs), the only goal is to show that they can “bring down a Western government” at the ballot box.

When the Iranian Revolutionary Guards took Americans at the U.S. Embassy hostage, they weren’t showing a preference for Ronald Reagan in delaying the release of their captors. If anything, Reagan took a harder line against Iran than Carter ever did. The goal was to show to hardliners that they “won.”

Should Prime Minister Theresa May lose, terrorists hope to take the credit for her loss, even though her poor campaign style, skipping debates, and a lack of coherent policy direction may play a greater role. It’s one of the only times a terror group can claim it actually accomplished anything, especially as the group’s real goals become less likely like to be achieved.

John A. Tures is a professor of political science at LaGrange College in LaGrange, Ga. He can be reached at jtures@lagrange.edu. His Twitter account is JohnTures2 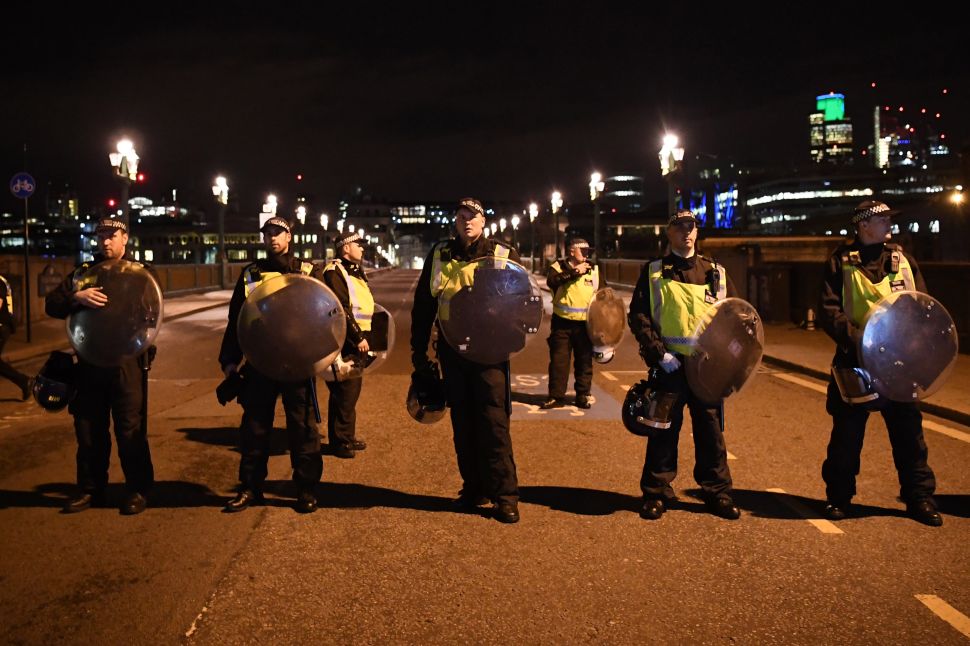