Hollywood seems to plunk performers into one of two categories these days: movie star or actor. You can be both (see: Leonardo DiCaprio, Jennifer Lawrence), but more and more it seems like you’re either a hunky box office draw or a serious thespian. Chris Pratt or Christian Bale.

So where does that leave Jake Gyllenhaal?

The 36-year-old is not exactly a household name who can open a movie by himself like Will Smith or Tom Cruise (*checks The Mummy’s box office numbers, rethinks Cruise entirely). He’s also not decorated enough to be considered a prestige actor like Daniel Day-Lewis. So is his career a case of close-but-no-cigar to true stardom? Or, is his body of work an unorthodox example of success?

Child stars are always something of a crapshoot in Hollywood. They can burn brightly yet flame out faster than you can say “drug problem,” they can stick around for the long haul or they can disappear before making a comeback. Neil Patrick Harris, Joseph Gordon-Levitt, Amanda Bynes…we’ve traversed the String Theory multi-verse when it comes to all possible child star career outcomes.

Jake (from State Farm) was just 11-years-old in his first credited role (City Slickers) and 19-years-old in his “breakout” role (October Sky). Two years later he dropped Donnie Darko on us.

Given Donnie Darko’s inherent density and weirdness, plus the movie’s box office flop at the time, it would have been understandable had Gyllenhaal just kind of…faded away. His lead roles, while well received, weren’t exactly making for a meteoric rise. He was still just another guy.

The same year as Donnie Darko, the young actor appeared in the How-Did-This-Movie-Get-Past-The-Pitch-Meeting-Stage Bubble Boy. Now Bubble Boy is a terrible film, albeit one with some wholesome charm. But it was a smart counter-programming move for Gyllenhaal whose bumbling and naïve main character is as far away from the troubled Darko as one can possibly get.

Is it a coincidence that the next four years of Gyllenhaal’s career would see him facilitate between romantic comedies and more serious affairs? It’s possible those early years showed Gyllenhaal a way to stay relevant in the short term as a working actor. Play up his goofy handsomeness and intense stare to book a few mainstream roles.

Breaking into Hollywood is hard enough, but the real challenge is staying. I’d say Gyllenhaal successfully pulled off the child star transition after 26 years (and counting) in the biz.

In 2005, Gyllenhaal was nominated for his only Academy Award for Brokeback Mountain…a movie that really belongs more to Heath Ledger than it does to Gyllery Clinton.

The Oscars aren’t everything in entertainment, but winning a statue brings both tangible and perceptive benefits.

Reuters published a study in 2013 concluding that an Oscar win was worth upwards of $3 million in additional box office profits. Even more important is what it does for the actor. According to MoneyNation, Halle Berry’s estimated average earnings per role rose from $118,740 to $6.5 million after her 2002 Academy Award win for Monster’s Ball.

An Oscar win also raises your profile in Hollywood and among casual moviegoers. Winning awards gets you onto casting shortlists and adds an aura of prestige to your name. Audiences will go see a movie strictly because word-of-mouth says Denzel Washington is great in it. Gyll or be Gylled doesn’t really have that kind of sway.

That’s not to say the guy is a weak link. He’s received good-to-great reviews for movies like Zodiac, End of Watch, Prisoners, Nightcrawler and more. I really like him as an actor, but he’s never pulled a crowd solely because of his acting.

Gyllenhaal is a good-looking white dude in the mold of most good looking white dudes in Hollywood. However, he’s not offensively handsome like some swashbuckling A-listers. No, Gylla in Manila has a more malleable handsomeness to him; it’s how he resembles a human coyote in Nightcrawler and a jacked boxer in Southpaw. It gives him versatility that a Ryan Reynolds or Chris Hemsworth will never have.

But could this also have something to do with his average ticket sales? The guy is one of the few white “stars” who is operating completely without the safety net of a franchise.

Gyllenhaal’s highest-grossing film is 2004’s The Day After Tomorrow ($544.27 million). His only real attempt at a traditional tentpole franchise was 2010’s Prince of Persia: The Sands of Time, which bombed ($336.35 million off a $200 million budget).

Maybe that’s the best thing that ever happened to him.

Since then, Gyllenhaal has avoided straightforward blockbusters and instead chose a wide-ranging collection of projects. He’s worked with unique directors like Tom Ford, Dan Gilroy, David Fincher, Antoine Fuqua, Duncan Jones and Denis Villeneuve. He’s appeared in high-concept sci-fi movies, an original war film, a found-footage action flick, a dark neo-noir and a bunch of other off-center genre projects. I can’t name too many actors that can pull off murderous sociopath, obsessive reporter, closeted cowboy and relatable action hero.

So what’s the deal with Jake Gyllenhaal? Is he a wannabe movie star who’s destined to fail at the box office and awards shows? Or is he a guy who knows something we don’t?

To me, anyone who can stay in the business for 26-years while appearing in original movies that fly in the face of today’s deluge of cookie-cutter content is doing something right. Gyll Nye the Movie Guy may not be a massive money making megastar, but he is a damn fine actor with a special eye for cool films. As studios continue to beat us over the head with franchises and cinematic universes, maybe more up-and-coming actors will look at Gyllenhaal’s under-the-radar niche as the way to go. 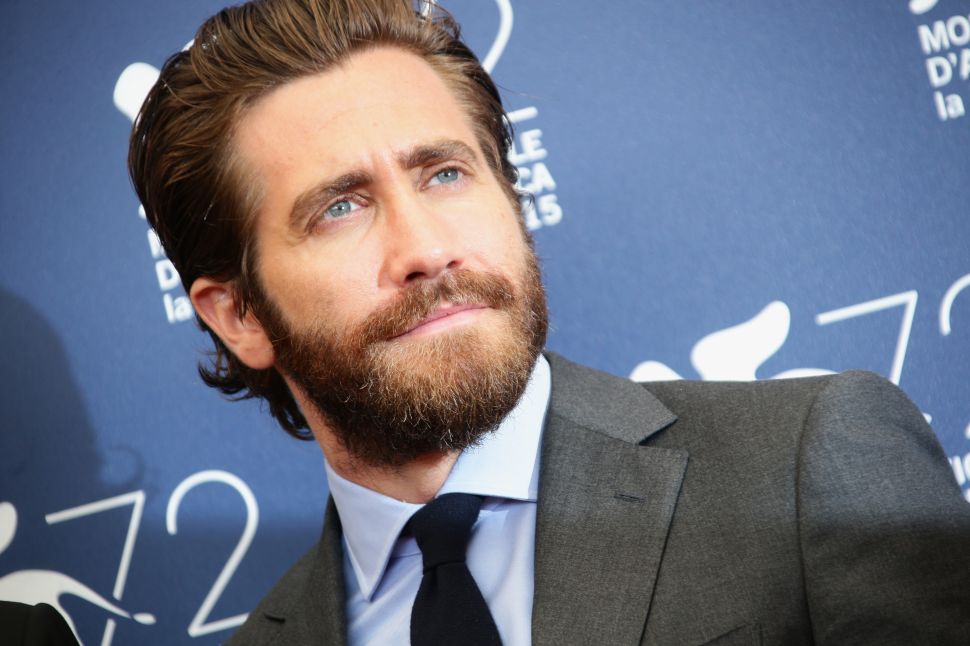