It’s not often that the worlds of the royals and reality stars collide, but it’s happening far more frequently than one would assume.

Pippa Middleton’s new brother-in-law is Spencer Matthews, a prolific reality star. The bad boy made appearances on Made In Chelsea, The Bachelor UK, skiing show The Jump and I’m a Celebrity, Get Me Out of Here, although he left the latter after only three days in the jungle. Matthews is currently dating his Jump co-star Vogue Williams, a self-proclaimed multi-hyphenate. She lists TV presenter, DJ and model on her Instagram, where she has 160,000 followers and a strong collection of thirst trap photos.

Previously, Matthews was linked to American reality star Stephanie Pratt, most famous for her appearance on The Hills and her constant fights with brother and crystal collector Spencer Pratt—yes, her brother and former live-in boyfriend of four months shared the same name. Now, the female Pratt is a British reality star on Big Brother. Since her TV appearances with Lauren Conrad came to an end, she’s received plenty of plastic surgery and admitted to a crystal meth addiction in her memoir.

Unfortunately (or fortunately, for the newlyweds who no doubt wanted to avoid drama) Williams was not allowed to attend the ceremony—although in a controversial twist, Middleton’s brother, James, was allowed to bring his longtime girlfriend. Maybe Williams and Meghan Markle entertained themselves by watching their favorite guilty pleasure reality shows until the party.

Now, Prince Harry’s former fling Camilla Thurlow has admitted to their relationship in an effort to bring viewers to her show Love Island. Thurlow, who only has 1,000 followers on Instagram, is certainly about to see a surge in her personal brand. The pair were rumored to be canoodling in 2014, long before his relationship with Meghan Markle began, during his erstwhile days of modelizing. Although Thurlow isn’t a model, as she works in landmine disposal, she is a former beauty queen.

Now, if only the show I Wanna Marry Harry could make its triumphant return, these two worlds could collide in a truly meaningful way. 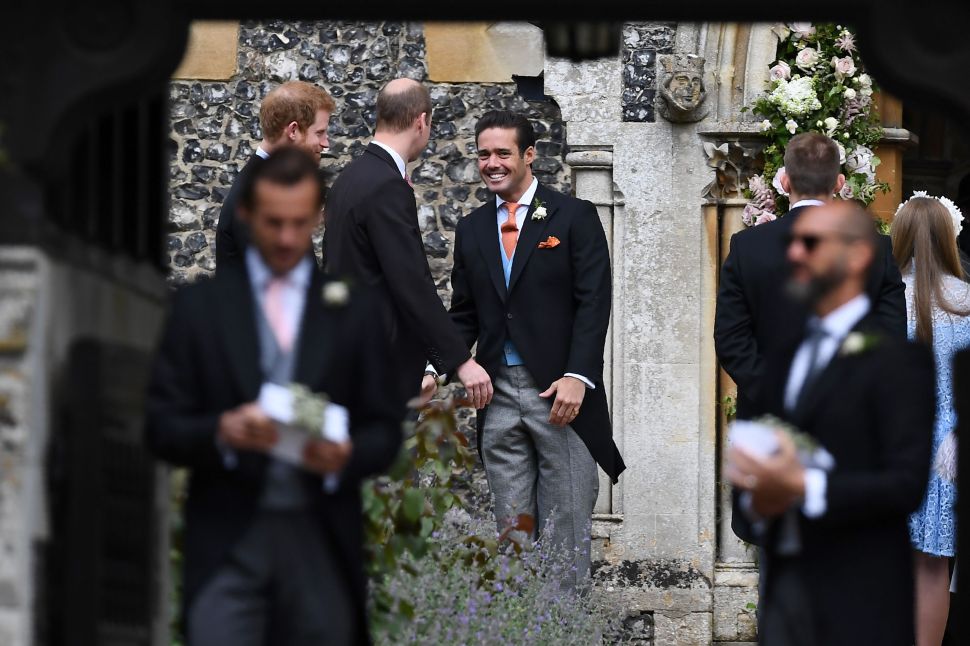