Imagine a shoe that was designed to be so utterly perfect that it sold out almost instantly, and went on to accrue a waitlist of over 28,000 people. Such was the case for the Everlane Day Heel, which is made from buttery leather or ultra soft suede and has a modest heel that’s just two inches high. With a rounded toe and an elasticized back, but one that doesn’t cut into your ankle after all-day wear, this lust-worthy shoe only costs $145.

After being sold out since April, this covetable kick can finally be yours. Well, almost. Everlane has restocked their website with the shoe, but customers won’t receive them until later this summer. The black leather version currently has an estimated ship date of July 7, while the cream suede and lipstick red will be sent out around August 7.

Previous Everlane campaigns have claimed hyperbole such as “the most flattering pant you’ll ever try” and “your perfect spring pant”, but with this shoe, the brand is finally stating the truth. I own a pair of the Day Heels in red and I can wear them for an entire day, strolling the city streets from one work meeting to the next and then wearing them later that same night, for dinner or drinks at a bar. They are versatile and most importantly, comfortable.

I will admit that it took a whole day to break these shoes in, but once the Italian leather molded to my feet, the cushioned insole acted like a pillow guard against the steamy sidewalks and the functional heel that isn’t too high (nor too low) provides just the right amount of lift to add polish to any outfit.

This Everlane style looks very similar to the Maryam Nassir Zadeh Roberta Ballerina pumps, but they are far cheaper (even when the designer kicks are on sale) and far more comfortable. So here’s a tip: place your order now and make the Day Heel your go-to shoe for the fall. 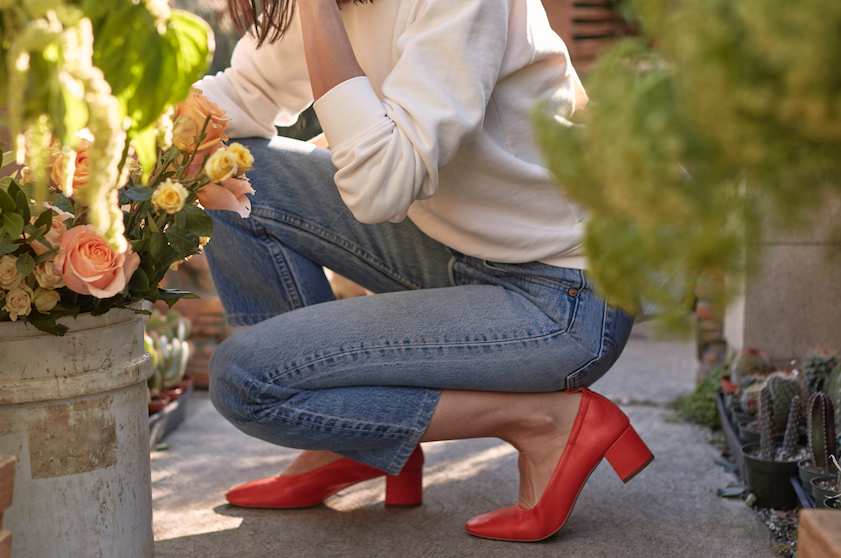