The saloon is burned down and a witness places Pedro Garcia’s men as the assailants. This isn’t true, but alas. Eli gives everyone in the town a big pep talk about how they should go take care of Garcia’s people. It’s scary bullshit and a little hard to watch.

Pete goes to warn Maria and Pedro about what’s going down. Pete wants everyone on the Garcia ranch to get the hell out of there. Pedro wants his men to stay and fight. They argue about this for awhile.

Back in 1850, young Eli is getting the hell away from that crazy woman he left stranded in the last episode. The Comanches’ captive find Eli before he finds their camp and thinks he’s there to rescue her. He’s not. Eli shows up in camp and find out Prairie Flower is married to Charges the Enemy. Eli isn’t thrilled about this. Nobody’s thrilled that Charges the Enemy lied to everyone about Eli. Eli has a lot of emotions about Prairie Flower.

The Garcias are armed and ready for Eli and his men. Pete betrays his father and tells all of Eli’s men that there’s oil on Garcia’s land and Eli knows it and that’s why he had the saloon burned down — to prompt this conversation and strip Pedro of his land. It looks like things might get smoothed over, but of course a firefight inevitably breaks out. Pedro is shot in the stomach. Pedro’s wife is killed. A bunch of people are killed.

Back in 1850, Eli is still feeling pretty down about the whole “Prairie Flower marrying another dude” situation. A gang of Texas rangers storm in and quickly take his mind off of it though. A ranger corners and shoots Charges the Enemy several times. He’s about to scalp Charges the Enemy when young Eli saves the day with this bow and arrow. Charges the Enemy apologizes to Eli before succumbing to his injuries. Eli scalps the ranger and it’s incredibly gross.

Back in 1915, Pedro is pissed. He kills the sheriff before being gunned down himself. Phin shoots Louis (his accomplice in the saloon burning) in the head before Louis can rat him out. Damn, Phineas! Pete and Maria flee the scene. Eli and Phin tell Pete’s family the news, but Sally doesn’t buy it. Phineas tells Sally that Pete and Maria ran away together and it’s because Pete isn’t well. Sally is very angry. Pete and Eli successfully buy the Garcias’ land from the judge. They’re all going to hell. 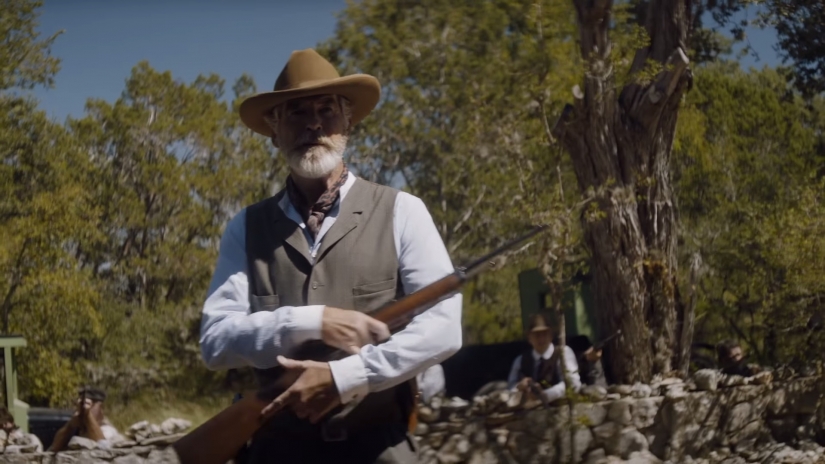