This is an excerpt from The Seeds of Life: From Aristotle to da Vinci, from Sharks’ Teeth to Frogs’ Pants, the Long and Strange Quest to Discover Where Babies Come From.

Until 1875, no one in the world knew where babies come from. Ordinary people didn’t know, and neither did the scientists who helped shape the modern world. Leonardo da Vinci didn’t know, Galileo didn’t know, Isaac Newton didn’t know.

Starting with Leonardo, in around 1500, scientists set out to solve this greatest of all mysteries. They raced off full of confidence, for this was the great age of science. Again and again, that confidence would pay off. In the 1600s and 1700s, scientists racked up one triumph after another.

They calculated the weight of the Earth, traced the paths of comets that cut the sky only once in a lifetime, and divined the secret of the Milky Way. They uncovered the mathematics at the heart of music and discovered the laws of perspective, so that an artist armed only with a paintbrush could pin reality to his canvas.

But, until late in the 1800s, everything to do with conception and development was wrapped in darkness. (At the time of the founding fathers, no one understood what fatherhood meant.) For centuries, scientists struggled to find out if the woman merely provides a fertile field for the man’s seed, or if she produces some kind of seed of her own. They did not know how twins come to be. (Too much semen? Two bouts of sex in quick succession? Sex with two different men?) They did not know if conception is more likely on the night of a full moon or a new moon or if timing makes any difference at all. They did not know, though they assumed, that a baby has only one father, as it has only one mother. They did not know why babies resemble their parents, and sometimes one parent more than the other.

Where do we come from? How does life begin? These were the most urgent of all scientific questions. The world is festooned with mystery and miracle. But not everyone has wondered why the stars shine or why the Earth spins. Every person who has ever lived has asked where babies come from. For millennia, the deepest of thinkers (and every ordinary person) had pondered this cosmic riddle.

No one had a clue.

Part of the reason for the perplexity was straightforward. We tend to forget how astonishing the story of life truly is. We’ve heard the explanation so often that we take it to be common sense. Every fourth grader knows where babies come from. But the truth is so far-fetched – a bit of huffing and puffing months ago produced a howling, six-pound human being today?! — that it is a wonder that anyone believes it.

In textbook accounts of science, far-seeing researchers systematically gather facts and pile them in sturdy and imposing towers. The story of sex and babies was nothing like that steady advance toward a goal. The scientists who finally solved the case ventured off course for decades at a time. They raced at top speed down long, dark alleys chasing suspects who turned out to have airtight alibis. They concocted elaborate scenarios that collapsed in fantasy. They wandered in a daze, stymied by observations they could not fit into any pattern. They found some clues by deep and careful investigation and others by tripping over them as they raced in the wrong direction in the dark.

Progress came in fits and lurches, but that is the way with all true mysteries. Only in old-school television does insight arrive on cue, just in time for the closing credits. The problem was not that the scientists were incompetent—they were human and fallible, but many were dazzlingly intelligent, and nearly all were diligent—but that the truth was so well concealed.

Everything to do with anatomy was difficult and uncertain, for starters. Until recent times studying the body required buying corpses from grave-robbers, or bribing hangmen to turn over bodies fresh from the gallows. Fascination and horror twined around one another. “You might be stopped by your disgust,” Leonardo da Vinci wrote, no matter how strong your curiosity, “and if that did not hinder you, then perhaps by the fear of spending the night hours in the company of those dead bodies, quartered and flayed and terrifying to behold.”

Especially in anatomy’s early years, before microscopes, sexual riddles were almost beyond reach. Sperm and egg, even if you had known to look for them, were hidden and elusive. The human egg, though it is the largest cell in the body, is only the size of the period at the end of this sentence. Sperm cells are the smallest in the body, far too little to see with the naked eye. (An egg outweighs the sperm cell that fertilizes it by a million to one, the difference between a Thanksgiving turkey and a housefly.)

Baffled but determined, scientists looked around them in every direction for clues to the riddles of conception and development. How could it possibly work? They ventured down the most unlikely paths. They studied insects with obsessive care, for example, in the hope that those startling transformations—a wriggling caterpillar inside its cocoon emerges as a butterfly with gossamer wings!—would throw light on the changes in infants and babies.

They studied fish and frogs and dogs and deer to see what they shared in the way of anatomy and mating behavior. They tackled the narrowest of questions—How do snails, which have both male and female genitals, sort out who will do what to whom?—and the grandest of themes—Do living organisms possess a “vital force” that sparks them to life?

Often a quest that started in one direction ended far afield, in a landing spot no one had anticipated. The search for the vital force, for instance, led to strange and dangerous experiments with electricity and lightning, and even an encounter with Dr. Frankenstein and his monster.

It’s tempting to look at our intellectual forebears and smile patronizingly at them. How foolish of them to have chosen to live so long ago. But we should resist temptation. Perhaps the deepest problem for these scientific pioneers was that they had set out to explain where new life comes from and found themselves ensnarled in a related but even harder question, what is life? A straightforward question about sex and anatomy had transformed itself into a slippery philosophical riddle.

For us, it would be as if scientists trying to map the brain found themselves trying to explain, where does hope come from? where do ideas come from? We still don’t know. We understand perfectly well that brain gives rise to mind; the problem is that we cannot sort out just what that means. The scientists struggling with the babies mystery understood perfectly well that certain bits of matter were alive and others weren’t; the problem was that they couldn’t sort out how that could be.

They could not understand how it could be that, if everything is made of mere stuff, some odds and ends just sit there like lumps and others take the shape of leaping tigers with daggers for teeth. What stirs some lumps to life?

Now we do know, though for millennia the deepest thinkers on earth could only guess. And today every ten-year-old knows where babies come from. That’s progress, but we shouldn’t be too smug. Every generation makes the mistake of thinking that the escalator runs only as high as their floor. Not so. We can be sure that in centuries to come, our descendants will look back at us and quote our earnest beliefs and shake their heads in astonishment.

Edward Dolnick is the former chief science writer at the Boston Globe and author of The Seeds of Life: From Aristotle to da Vinci, from Sharks’ Teeth to Frogs’ Pants, the Long and Strange Quest to Discover Where Babies Come From. 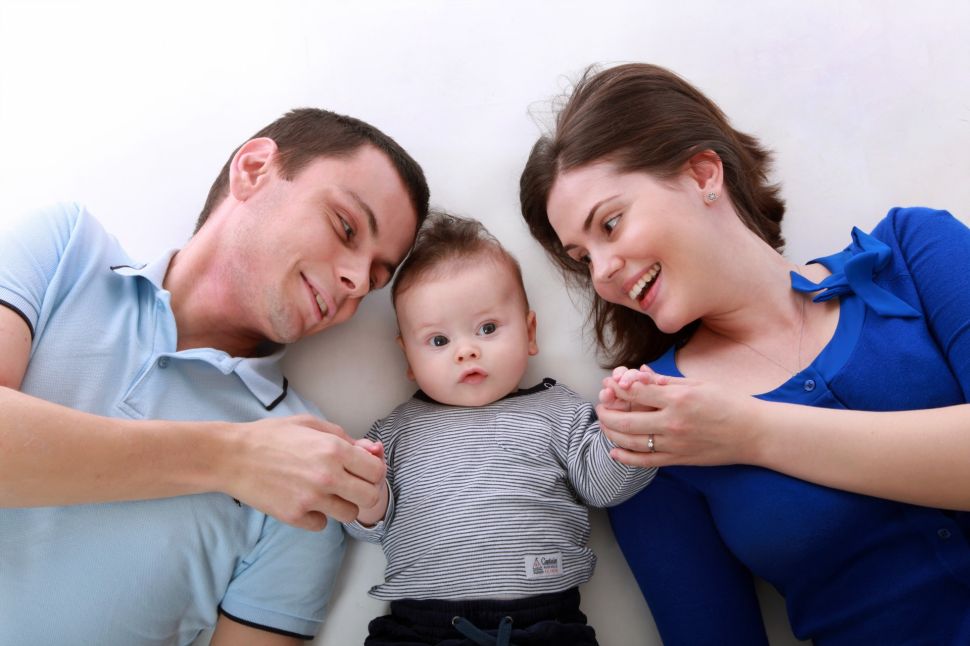