Tim Farron, the leader of the British Liberal Democrats, has resigned citing discrimination against him as a result of his Christian faith. During the general election campaign, Farron was dogged by demands to clarify whether he believed gay sex was a sin. He initially refused to respond.

He later insisted that he did not believe gay sex was a sin and that, while he believed political leaders should not “pontificate on theological matters,” it was right to address the subject as it had become “an issue.”

In a hastily organized statement in front of Liberal Democrat MPs he said, “The consequences of the focus on my faith is that I have found myself torn between living as a faithful Christian and serving as a political leader.” He continued, “A better, wiser person may have been able to deal with this more successfully, to remain faithful to Christ while leading a political party in the current environment. To be a leader, particularly of a progressive liberal party in 2017, and to live as a committed Christian and to hold faithful to the Bible’s teachings has felt impossible for me.”

Under Farron’s leadership, the party has recovered from its disastrous 2015 election, in which the party lost almost 50 seats. Membership doubled, but the policy of advocating European Union membership did not prove to be the big vote winner it was predicted to be.

In last week’s election, the party increased its tally of seats from nine to 12, but its vote share fell from 7.9 percent to 7.4 percent. This put Farron under significant pressure to resign.

That said, Farron suffered for his statements on his Christian faith. He was denounced for failing to defend gay sex. When he finally did make a statement, he was accused of being insincere.

Yesterday, Farron explained that he felt it was wrong for a liberal to enforce their views on others, and therefore he had no problem with gay people. Thus, it became clear that he was in trouble simply for being a Christian.

Liberals are in favor of every type of diversity aside from diversity of opinion. Farron may not have been a great leader—and he may have had to resign anyway—but he was also hounded for his Christian views.

His resignation exemplifies how Christians are treated in the Western world. They are regularly fired for preaching, marginalized for their views, and mocked for their belief in God.

We live in a dangerous age. Deviation from the views of the left can leave you out of a job, penniless and humiliated. Good on Tim Farron for making it clear what really happened to him. 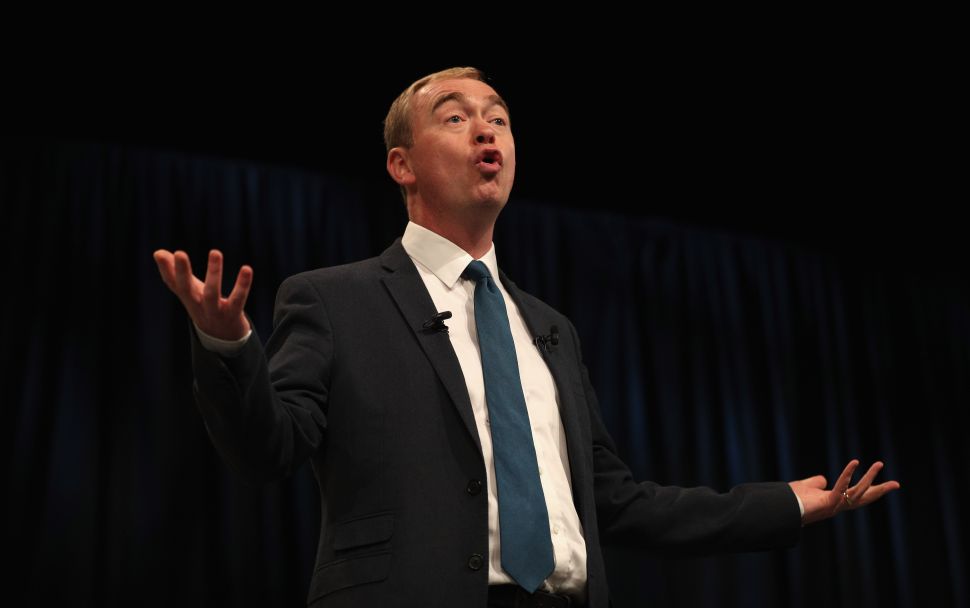