Dear Evan Hansen, a story of love, loss and loneliness in the age of social media, was the big winner at last night’s Tony Awards, picking up six awards including Best Musical.

Composers Benj Pasek and Justin Paul are now halfway to an EGOT after winning a Tony for their Evan Hansen score—they won an Oscar earlier this year for the song “City of Stars” from La La Land.

The other big winner on the musical side was the blockbuster revival of Hello Dolly, which won four awards, including best revival of a musical, best featured actor (Gavin Creel) and best costumes.

And of course, the legendary Bette Midler was named best leading actress in a musical for her performance in the title role. Midler’s rambling acceptance speech, in which she literally ordered the orchestra not to play her off, was a show highlight.

Come From Away, Evan Hansen‘s closest competition for Best Musical, had to settle for just one award, for director Christopher Ashley. Natasha, Pierre and the Great Comet of 1812 won awards for set and lighting design. (The final Best Musical nominee, Groundhog Day, went home empty-handed).

The acidly funny Kevin Kline was named best leading actor in a play for his performance in Noel Coward’s Present Laughter, while Laurie Metcalf won best leading actress for her darkly comic work in A Doll’s House Part 2.

Manhattan Theater Club had a great night: its winter production of August Wilson’s Jitney was named best revival of a play, while Cynthia Nixon, star of its current revival of The Little Foxes, won the award for featured actress in a play. (Little Foxes costume designer Jane Greenwood also won her first competitive Tony after 21 nominations).

Rebecca Taichman won best director of a play for her work on Indecent, and the play also received an award for lighting design.

James Earl Jones received a Tony Award for lifetime achievement, though strangely it was presented in a pre-show ceremony rather than on the telecast itself.

Host Kevin Spacey kept things light throughout the evening, starting with a madcap opening number in which he inserted himself into each of the Best Musical nominees. He also dusted off his impressions of Johnny Carson and President Bill Clinton, and he even made an appearance as his House of Cards character Frank Underwood toward the end of the night.

Crazy Ex-Girlfriend star Rachel Bloom helped Spacey out with commercial lead-ins and fun zingers—after one performance, she said she was “approaching orgasm.” 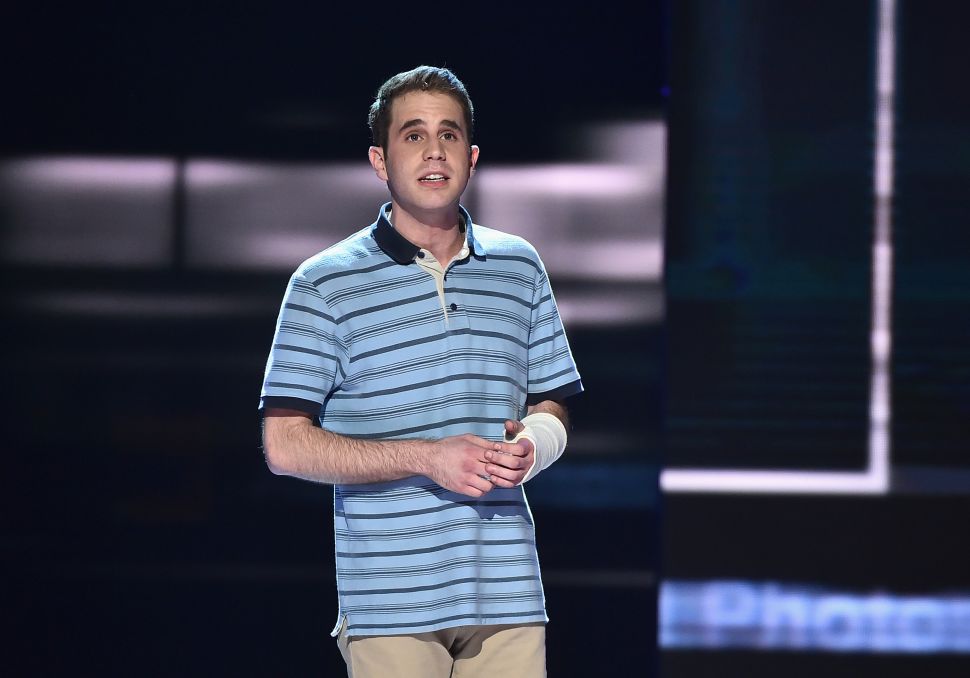