In 1945, as Berlin fell to the Red Army in what marked the final death throes of the Third Reich, Adolf Hitler, secluded in his office inside the Führerbunker, was murdered by a tiny alien transformer that had disguised itself as a clock. This is just a small bit of the cubic ton of expository backstory offered by Sir Anthony Hopkins in Transformers: The Last Knight. It’s meant to be a joke of sorts, as in, “Don’t touch that clock; it’s the clock that killed Hitler.” As the last keeper of the secret history of the Transformers, Hopkins’ character, new to the five-film franchise that has never bothered with numbers, blathers about many similar incidents. Bumblebee, the plucky yellow hero bot from the series, was part of a raid on a Nazi compound. Teddy Roosevelt, Albert Einstein, and Stephen J. Hawkins were members of the secret society of Transformer lore keepers. Transformers fought alongside King Arthur against the Saxons in the dark ages (despite it not being clear what they were transforming into back in the fourth century). And so on and so forth, yada, yada, yada.

But this bit about the Hitler murdering clock, which resurfaces later when Hopkins uses the device to threaten England’s Prime Minister, stuck in my craw. Rewriting the suicide of a real life genocide orchestrator to provide a throwaway moment in this monstrosity of a film is, to put it mildly, offensive. Transformers: The Last Knight is a sloppy, stupid, and— evidenced by other casual misappropriations of history at its darkest (Frederick Douglass was also part of this Transformers secret society but apparently couldn’t convince them to do anything about slavery)— quite possibly evil movie. It is loud and dumb and it expects its fans to be the same in its defense— to decry anyone who might take issue with it as elitist members of this summer’s no fun squad. The series has become increasingly bereft of imagination, something this installment attempts to make up for with a seemingly bottomless budget and a battalion of screenwriters. All they are able to dredge up is a visually and thematically muddled story and a flood of graceless words that signify less than nothing.

I am not going to try to explain the story— after watching this movie I may never try to explain another story ever again. When giant CGI explosions aren’t bloodlessly scattering humans like feathers from a busted pillow, the movie is nothing but overheated explanation. The long and the short of it (not that anything here is short) is that Mark Wahlberg’s Cade Yeager must team with Laura Haddock’s Viviane Wembley (an Oxford English professor who is presented in such a way that you would think she earned her Doctorate in Penthouse Letters) and a bunch of Autobots to stop an invading planet of aliens— including former good guy bot Optimus Prime— from destroying Earth. By the end of the first hour, you will be rooting for Earth’s destruction.

There are an obscene number of talented actors lined up at this ATM. John Goodman and Steve Buscemi voice a couple of junkyard bots and a returning John Turturro – a former government agent exiled to Cuba— make up the Coen brothers contingent. Veep’s Tony Hale is here to represent peak TV, as is Jim Carter, Downton Abby‘s Mr. Carson, voicing, you guessed it, a robot butler. Wahlberg, an actor whose work I enjoy more often than I don’t, looks completely lost in the nonsense: watching him plead with fake alien robots inadvertently and unflatteringly calls to mind the Andy Samberg SNL classic “Mark Wahlberg Talks to Animals.” Hopkins talks so very much and clearly believes none of it.

A note to those who would argue that a movie like this— or The Mummy or Baywatch, for that matter— is for audiences and not for critics. When I saw Transformers: The Last Knight at Universal CityWalk in Los Angeles a few days before its national release, the full theater fell mute to the film’s supposed jokes and thrills. The silly fun that was apparent 10 years ago in the first movie in the series— Transformers felt like nothing less than a high-tech reimagining of 1978’s Corvette Summer with Shia LaBeouf in the Mark Hamill role— has been pounded out by the corporate necessity of every new installment. And the audience can feel it. They are reflecting back upon the Transformers movies the same cynicism that oozes from every cog of this empty, money-making enterprise. That’s probably not enough to keep the film from grossing a billion, or to keep the next one, teased inevitably and nonsensically at the end of The Last Knight, from coming to fruition. But it does give us hope. 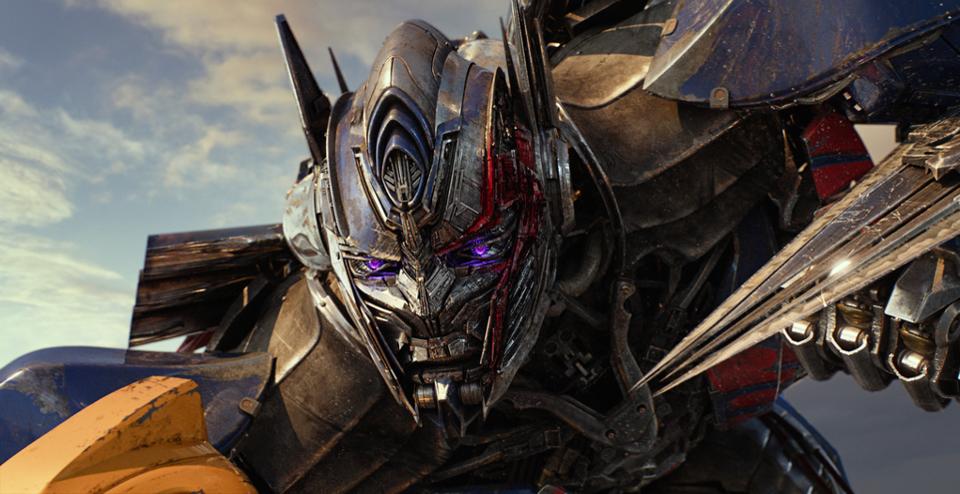