Well, that was quick. Less than a week after announcing a leave of absence, Uber founder Travis Kalanick officially resigned as CEO.

The announcement came Tuesday night following a pressure cooker situation in the controversial rideshare company’s boardroom. Shareholders have been nudging Kalanick out the door amidst a series of harassment and workplace culture scandals and investigations, and then it all came crashing down when five of Uber’s major investors demanded he resign immediately, according to The New York Times‘ report based on two anonymous sources.

The investors made their demand to Kalanick in a letter titled “Uber Moving Forward.” After consultation with a board member, he agreed to resign, though he will remain on the board of directors.

“I love Uber more than anything in the world, and at this difficult moment in my personal life, I have accepted the investors’ request to step aside so that Uber can go back to building rather than be distracted with another fight,” Kalanick said in a statement.

This echos the internal email he wrote to employees last week to announce his leave of absence, in which he discussed the need to “reflect” and “work on [himself]” as well as grieve for his mother who recently passed away in a boating accident.

The Observer has reached out to Uber for comment but has yet to hear back. The company’s board told the Times that Travis had “always put Uber first” and that his stepping down as chief executive would give the company “room to fully embrace this new chapter in Uber’s history.”

The timing of this is interesting because also on Tuesday, Uber announced “180 Days of Change,” a new company-wide effort “to meaningfully fix and improve the driver experience.” Each month, the company will roll out a new enhancement, starting with the addition of a tipping option in the app. For years, this has been on the top of drivers’ long list of complaints, and they have been relentlessly begging for it through social media and petitions.

“Today’s tipping announcement is an important win for drivers and proves that thousands of drivers coming together with one voice can make big changes,” Independent Drivers Guild founder Jim Conigliaro Jr. said in a statement emailed to the Observer. “Cuts to driver pay across the ride-hail industry have made tipping income more important than ever. We were proud to lead the way on this fight on behalf of drivers in New York City and across the nation. This is an important first step toward a more fair ride-hail industry.”

As a part of this initiative, Uber also plans to offer optional injury protection insurance, allow drivers to immediately cash out their earnings and shorten the cancellation time to two minutes (down from five).

It’s been an especially turbulent few weeks for the $69 billion company that’s become the face of toxic Silicon Valley culture and a greedy rideshare industry. The much anticipated “Holder Report” was released last week and detailed the findings of an independent investigation into the company’s workplace culture. Prior to its release, board members voted unanimously to adopt all the report’s recommendations—the very first of which was “changes to senior leadership.”

“Review and reallocate the responsibilities of Travis Kalanick,” read the report. “The Board should evaluate the extent to which some of the responsibilities that Mr. Kalanick has historically possessed should be shared or given outright to other members of senior management.”

The week prior, Uber fired more than 20 employees as a result of a completely separate investigation into sexism, sexual harassment and workplace culture conducted by the law firm Perkins Coie. Uber hired the firm to investigate the now highly publicized issues of sexism, coverups and mismanagement in February after former Uber engineer Susan Fowler penned a post about her experience at the company on her blog. She detailed blatant sexism, sexual harassment and illegal workplace retaliation that was targeted at her as well as other female employees. Then in the two weeks following, two more female Uber engineers came out with similar stories of sexism and harassment. 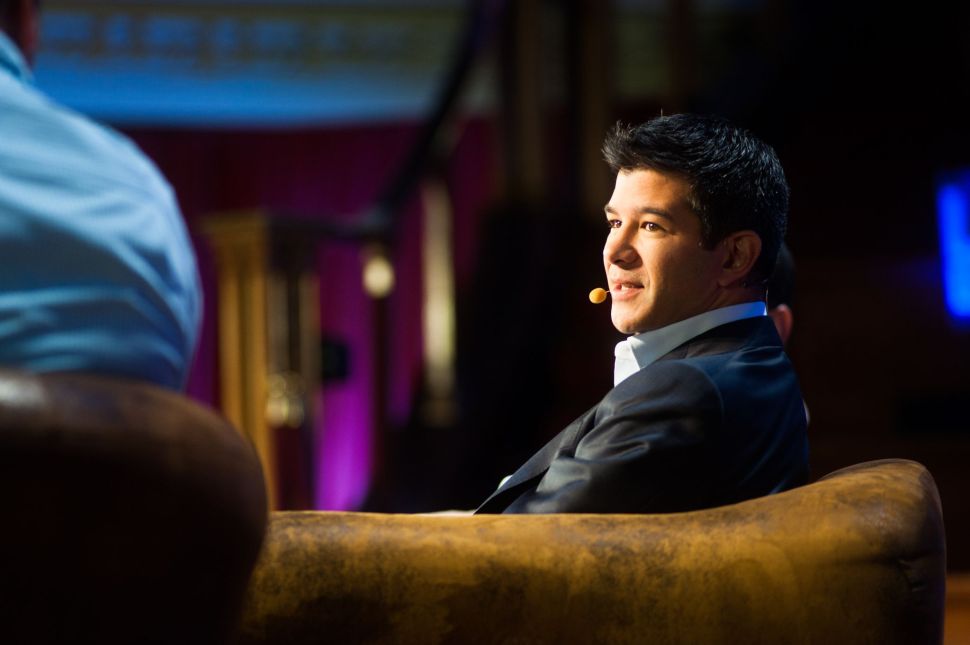