Tucker Carlson isn’t known for subtlety—last year the Fox News host told me that modern journalists are “cowards” who “go to Twitter to figure out what they’re supposed to believe.”

But according to a new report from the Center for Media and Democracy (CMD), the Fox News anchor did keep some things secret: The Daily Caller, a news website he co-founded in 2010 and until recently ran as editor-in-chief, allegedly received an undisclosed $150,000 from Donald Trump’s campaign. It’s also affiliated with an extremely shady foundation.

The CMD investigation (first reported in today’s Washington Post) alleges that The Daily Caller sold the Trump campaign access to its email list in the months leading up to the presidential election. From September through November 2016, the Trump campaign reportedly sent at least 25 emails to The Daily Caller’s subscriber list.  The CMD estimates these emails amounted to about $150,000 in advertising revenue for The Daily Caller—and that number could be even higher since it was an election year.

“Tucker Carlson failed to disclose his financial benefit from Trump’s campaign to FOX News viewers even as he commented on the presidential election, interviewed Trump and accused other news outlets of bias,” CMD executive director Lisa Graves said in a statement.

The emails were co-branded by the Trump campaign and The Daily Caller (the campaign’s “sponsor”).

The Daily Caller’s email list includes roughly 400,000 people, and its website gets more page views than USA Today and the Los Angeles Times.

In return for this increased exposure, Trump tweeted out eight Daily Caller articles to his 30 million followers in the month before the election. He also gave Carlson an exclusive 40-minute interview aboard Air Force One.

CMD (which receives funding from the George Soros-backed Tides Fund and Open Society Foundations) found no evidence to suggest that The Daily Caller engaged in this type of relationship with any other political candidate, except for one earlier email blast supporting Senator Ted Cruz.

Graves told the Observer that she first became interested in The Daily Caller while working on a story about the conservative Independent Women’s Forum. As part of her research, she signed up for the Daily Caller email list and started getting Trump campaign blasts.

“It piqued my interest in what was going on there,” she said.

While researching the connection between The Daily Caller and Trump, CMD stumbled on a second story involving the Daily Caller News Foundation, a 501 (c)(3) charity which, in tax filings, claims to “provide consumer news and research,” license content and “train up-and-coming reporters and editors.”

And apparently the for-profit site wasn’t choosy—the CMD found that all 672 articles that the foundation published over two weeks in March were cross-posted to The Daily Caller.

Those articles also represented a high percentage of Daily Caller content in general—46 percent of the content published in the site’s politics section over those two weeks came from the foundation, along with 67 percent of US content, 84 percent of world news and 95 percent of its business section.

In contrast, the other news outlets that the foundation listed for the IRS only publish a few stories per year. Business Insider, for example, ran only seven foundation stories in 2016, while Real Clear Politics published just four.

What’s more, The Daily Caller’s for-profit and non-profit arms are located in the same Washington, D.C. office building, and The Daily Caller gives the foundation free rent and internet in exchange for licensing its content.

“All the list building is happening on the for-profit site,” Graves (who also noted that the Daily Caller News Foundation strangely has no social media presence) said.

This information, coupled with The Daily Caller’s use of Trump’s email list, suggests that the foundation is not a nonprofit by federal standards. The IRS tax code states that 501(c)(3) organizations “must not be organized or operated for the benefit of private interests” and “may not participate in any campaign activity for or against political candidates.”

Also of note: according to the website CitizenAudit, the Koch brothers (who donate heavily to Republican causes) contributed $805,512 to the Daily Caller News Foundation between 2012 and 2015. The family got “fawning coverage” from the Daily Caller in return, Graves said.

In fact, the foundation’s editor-in-chief Christopher Bedford was a Koch fellow in 2010—while he disclosed this in articles he wrote about the Kochs, he never mentioned the family’s donations to the foundation.

It also appears that The Daily Caller has editorial issues along with its financial ones: reporter Jason Kessler was fired last month after it emerged that he didn’t just report on a white nationalist rally, he also spoke at it, advocating a “civil war.”

Carlson did not respond to Observer requests for comment. 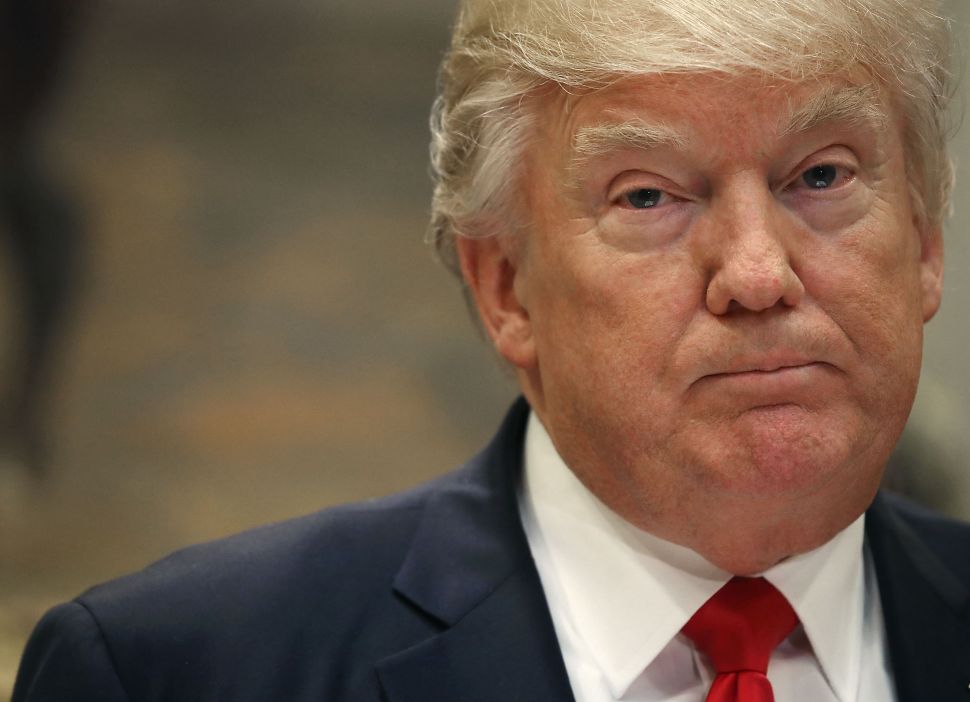