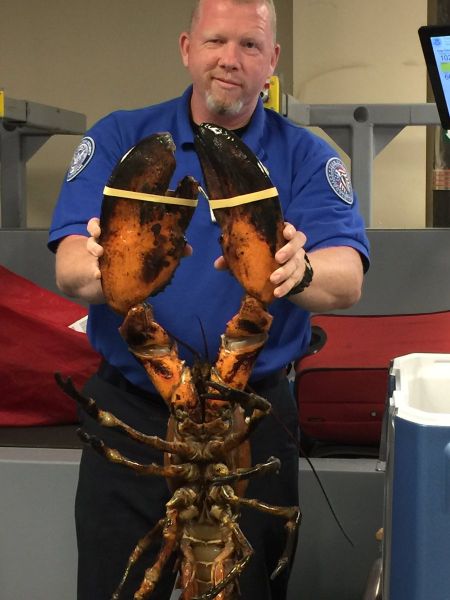 Was the lobster’s owner crabby about this photo being taken? Twitter

The TSA famously has an Instagram account on which it shares photos of the crazy concealed weapons customers pack in their luggage. Since these items are now the TSA’s property, the agency is free to post them.

But what about items that customers can legally carry in checked baggage? If a TSA agent takes a photo of an item just because it’s cool, can they still legally share it on social media?

Many Twitter users raised this question yesterday after TSA spokesman Michael McCarthy tweeted this photo from Logan Airport in Boston:

.@TSA officers are skilled at screening all sorts of items in checked baggage…including this 20+ pound lobster at @BostonLogan pic.twitter.com/euhyyO6F7V

The TSA itself retweeted the photo, as did several of the agency’s employees.

Live lobsters are actually allowed in checked luggage, provided they are placed “in a clear, plastic, spill-proof container”—this one was in a cooler. So (as TSA spokesperson Lisa Farbstein noted in a tweet) this creature was only notable because of its size.

But considering the animal wasn’t contraband, many Twitter users questioned whether it was legal for the agency to touch it or post pictures of it, or if this violated the owner’s privacy:

Why are TSA officers posing with pictures of passengers' property? Did they get permission from the passenger, or can they do this at will?

If that critter is legal why are they messing with it and touching it ??

Who in the world gave you permission to photograph passengers private possessions?? If this is not illegal, it damn sure should be.

McCarthy (who posted the original image) told the Observer in an email that the TSA does not reveal passenger-specific information when sharing photos. He also directed us to the TSA’s “What can I bring” page, which confirmed that the lobster was legal luggage but said nothing about taking photos with it. 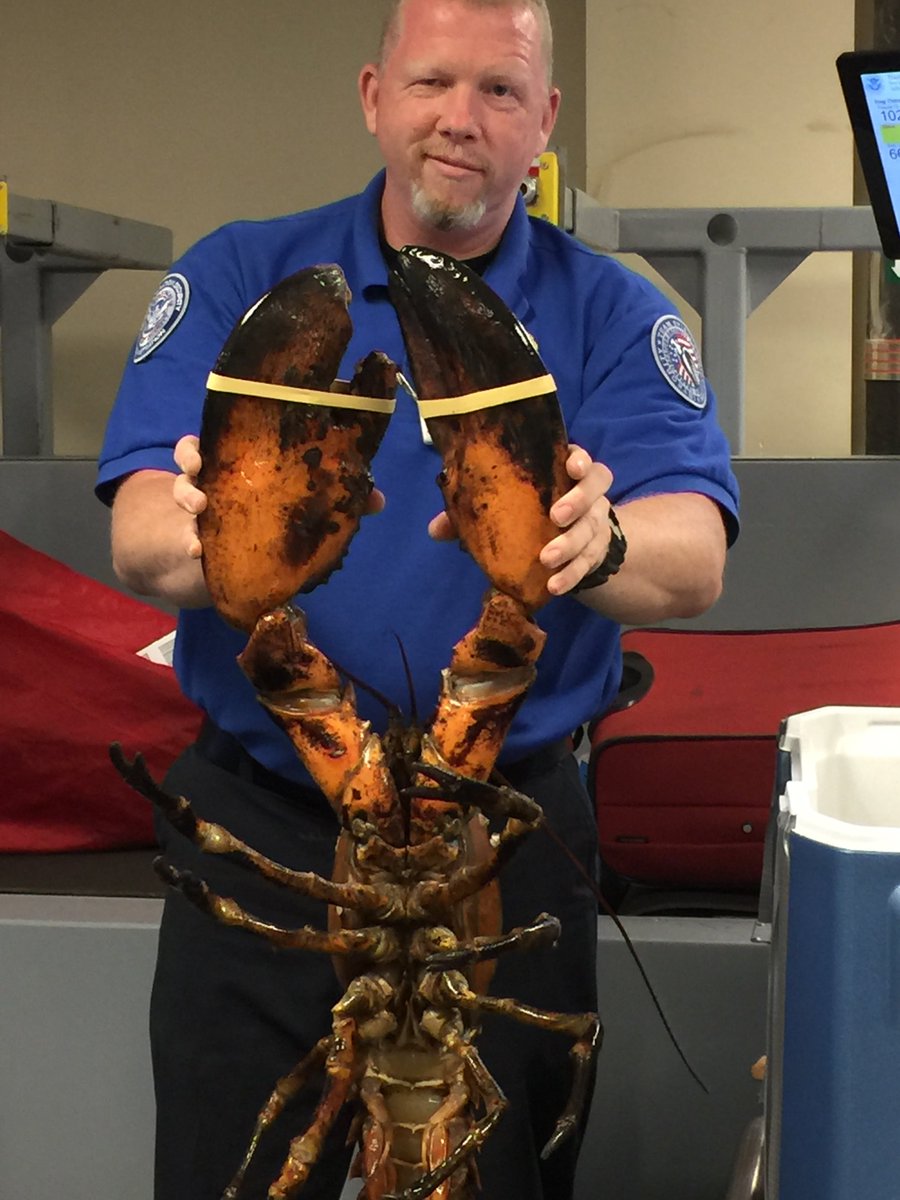