When the iPhone emerged in 2007, it came with all the promise and pomp of a major Steve Jobs announcement, highlighting its user interface and slick design as key selling points. We know now that the iPhone transformed the mobile phone business, the internet economy and, in many ways, society as a whole. But technically speaking, the iPhone was not very innovative.

Its software and the interface idea were based on the iPod, which was already reinventing the digital music industry. Touchscreens had appeared on earlier phone and tablet models, including Apple’s own Newton. And top-line Nokia phones had more memory, better cameras and faster mobile connectivity. What made the iPhone transformative was the shift in concept underpinning the entire iPhone project: Its designers did not create a telephone with some extra features, but rather a full-fledged hand-held computer that could also make calls and browse the internet.

As a scholar of management, design and innovation, I find it hard to predict what the next truly revolutionary technological development will be. In the 10 years since the launch of the iPhone, so much about modern life, commerce and culture has changed. In part that’s because the iPhone, and the smartphone boom it spurred, created a portable personal technology infrastructure that’s almost infinitely expandable. The iPhone changed the game not because of its initial technology and cool user interface but rather as a result of its creators’ imagination and courage.

As the iPhone took shape, its designers found themselves torn between making a phone or a computer. Engineers and marketing executives alike worried the new device would kill the iPod market that had driven Apple’s corporate resurgence for five years. Nokia, the biggest player in the cellphone market at the time, had similar technologies and prototypes, and also feared outcompeting its own successful mobile phone product lines that used a simpler and more old-fashioned software platform than that on which iPhone was built.

Apple took the leap, however, by installing a fully capable computer operating system on the iPhone, along with a few small application programs. Some were phone-related, including a program that handled making and receiving calls, as well as a new way to display voicemail messages, and a system that kept different contacts’ text messages separate. Others were more computer-like, including an email app and a web browser. Of course, the music-playing features from the iPod were included too, linking the phone with the emerging Apple music ecosystem.

Initially, that was about it for apps. But skilled computer engineers and hackers knew they were holding a palm-sized computer, and set to work writing their own software and getting it running on their iPhones. That was the dawn of the now-ubiquitous app. Within a year, these apps were so popular, and their potential so significant, that Apple’s second version of the iPhone operating system made it easy (and legal) for users to install apps on their phones.

The prospect of making a fully functional hand-held computer changed how users and manufacturers alike thought about mobile phones. For Apple and every other phone company, software became much more important than hardware. What apps a phone could run, and how quickly, mattered much more than whether it had a slightly better camera or could hold a few more photos; whether it flipped open, slid open or was a bar-style; or whether it had a large keyboard or a small one. The iPhone’s keyboard was on-screen and software-generated, making a function that had required dedicated hardware into one running on generic hardware and dedicated software.

At the time of the iPhone launch, Nokia offered about 200 different phone styles to meet all the different needs of its hundreds of millions of customers. There was just one iPhone model at the start, and in the ensuing decade there have been only 14 major styles – though today they come in different colors, not just white and black as the original did. This is the power of software functionality and related simplicity.

The heightened importance of software on a mobile phone shifted the industry’s economy as well. The money came now not just from selling devices and phone services, but also from marketing and selling apps and in-app advertisements. App developers must share revenue with the companies that control smartphones’ operating systems, providing serious earning power: Apple holds about 15 percent of the mobile phone market, but reaps 80 percent of global smartphone profits.

Whatever the next tech industry game-changer is, and whenever it arrives, it will likely have some connection to the smartphone and related infrastructure. Even today, exploring virtual reality requires only installing an app and connecting just a bit of additional hardware to an existing phone. Similarly, smartphone interfaces and cameras already monitor and control intelligent and automated homes. Even as devices are developed to operate all around us, and even in our clothes, many of them will be able to point to the iPhone as a conceptual ancestor and inspiration.

Kalle Lyytinen is the Iris S. Wolstein Professor of Management Design at Case Western Reserve University. This article was originally published on The Conversation. Read the original article. 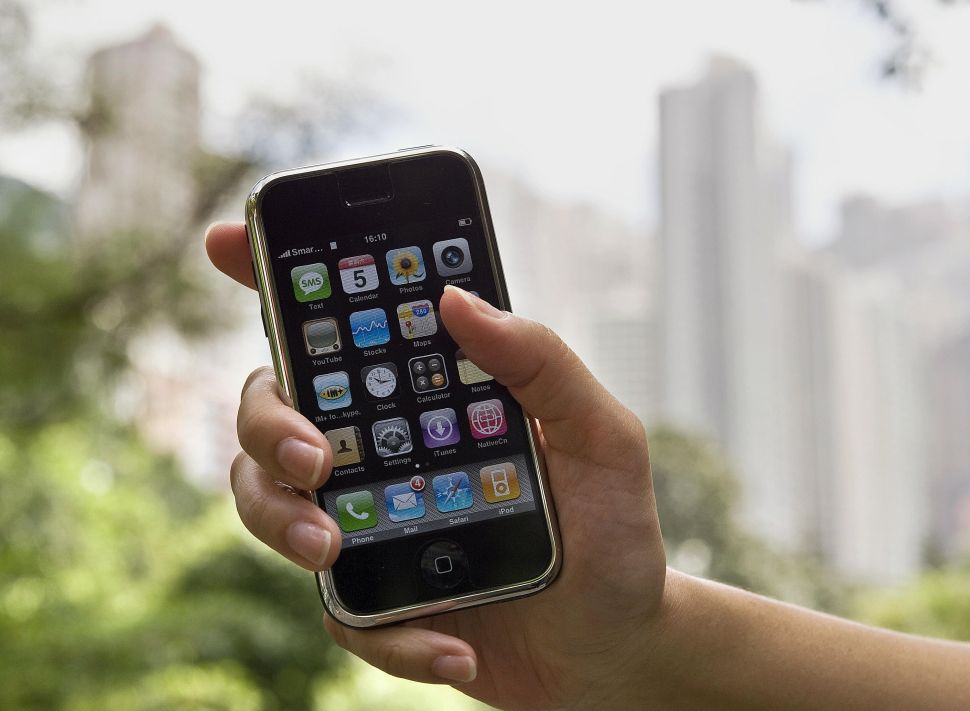