Intersectionality has become quite the buzzword in 2017, in the wake of the election of an unapologetic misogynist (by 52% of white women voters), and the many Women’s Marches that took place around the world on January 21. In the lead-up to the Women’s March on Washington there were calls by many women of color and queer, trans, and disabled women not only for its mission to be more inclusive but also for white women to address the historic exclusions of mainstream white feminism.

Exclusions like using a “pussy hat” as the primary symbol of the Women’s March without realizing how it discounts the experience of trans women. Or making Pollyannaish rallying cries – similar to many signs I saw at the Women’s Marches I attended in Oakland and San Francisco – like “loves trumps hate,” which gloss over the threat Trump’s administration poses to immigrants, Muslims, trans people, #BlackLivesMatter activists, and a host of other marginalized groups. To quote Didi Delgado (go read her piece now!), “Your Calls for Unity Are Divisive As F*ck.”

The onus is on white people to teach ourselves about intersectionality in order to grow and change, and there’s no stronger example of intersectionality in pop culture than “Being Mary Jane” and Queen Sugar. While the issues these shows address are designed to resonate specifically with black audiences, they also offer some of the most diverse representations of and storylines for women on television, largely because racial identity is constantly refracted through the lens of gender, class, and/or sexuality.

At its core, Being Mary Jane (on BET and starring Gabrielle Union) is about a television news anchor trying to “have it all.” She’s successful in her career, but pushing 40 and isn’t married with a family—goals she’s explicitly pursuing. Mary Jane (MJ) is intelligent, beautiful, and successful, but the show isn’t afraid to show her flaws—like, in an episode of season four, when she side-eyes her British boyfriend for crossing his legs and he calls out her narrow, gender-normative view of black masculinity.

One of the best examples of the complicated nature of intersectional feminism on “Being Mary Jane” lies in the relationship between MJ and her Latina producer/BFF Kara. These women share a deep intimacy, but the show doesn’t shy away from the tensions that stem from their different goals and racial identities. Kara is repeatedly “reining in” Mary Jane when she asserts her desire to focus primarily on black issues as a news anchor. Early on in season one, for example, the two have an argument in which Kara dismisses Mary Jane concerns and feels she is blowing things out of proportion—which MJ sees as a micro-aggression that plays into the stereotype of the “angry black woman.” Kara doesn’t take MJ’s concerns seriously and, as a non-black woman, doesn’t understand how reinforcing this racialized stereotype is oppressive. This is intersectionality in action.

However, lest you think Kara is just a foil for Mary Jane’s wokeness, the show’s writers did well to flesh out her character. Kara’s storyline represents the other side of “having it all” from the perspective of a woman of color who was married (now divorced), has two children, and is constantly struggling to find work-life balance. Wracked with guilt about not being there enough for her kids, but not wanting to sacrifice her professional responsibilities or ambition, Kara ultimately makes the decision to allow her ex-husband to have primary custody. Beyond the nuanced representations of blackness on the show, Kara is a rare example on television of an extremely ambitious Latina who prioritizes her career over child-rearing.

Intra-racial class dynamics are also front and center in Being Mary Jane, often through storylines involving MJ’s niece, Niecy—a young, single mother with few career options. Respectability politics rear their ugly head in this relationship, as MJ and her mother Helen are often seen chastising Niecy for making “poor choices.” In season four, Niecy’s public indiscretions result in her little sister being snubbed for admission to the local Jack and Jill chapter, a symbol of upper-class black identity. While things are eventually smoothed over by Helen, this is but one example of how the show continually highlights class differences within the black community. While MJ and Helen experience oppression as black women, they are often blind to the extra layer of class marginalization that Niecy faces. These are the often tense and uncomfortable storylines featuring black people that you just don’t see on mainstream, non-black networks.

Class is also a major source of tension in Ava DuVernay’s beautiful drama on OWN, “Queen Sugar,” about the relationship between three siblings. Charley (a high-powered agent who returns to Louisiana after living in LA) is consistently elitist and condescending towards her siblings. As is evident early in season one, when she hires a caterer for her father’s repast and is schooled by her sister Nova about the importance of serving and making the food for their community, Charley is out of touch with local black traditions. She continually assumes her right to make executive decisions about the land they inherited from their father based on the fact that she’s wealthy. She disapproves of several of her sister Nova’s choices, and treats her brother Ralph Angel, who has recently come home from prison, like a child. “Queen Sugar” showcases the diversity of black experience, debunking still-persistent stereotypes held by many whites (including the current resident of the White House): that all black people are poor, live in violent ghettos, or, as the show brilliantly disputes, that black men are the embodiment of “toxic masculinity.”

Queen Sugar also takes a deep dive into sexuality and interracial relationships as they relate to blackness. Season one begins with a relationship between Nova—a bisexual black woman—and a married, white male cop, Calvin. After breaking up with Calvin because they’re on different sides of the police/black community divide, she embarks on a relationship with a female #BlackLivesMatter activist. Nova says that she feels free in this relationship, presumably because she can so completely be herself with someone who has similar life experiences. Nonetheless, the relationship eventually sours because of their different approaches to activism, and because Chantal can’t abide the fact that Nova was sleeping “with the enemy.” The season ends with a bittersweet reunion between Nova and Calvin, who clearly still love each other, and yet face seemingly insurmountable differences. This is no fairy-tale representation of interracial relationships that relies on the myth of a post-racial America where love conquers all. It’s hard as hell.

As a bisexual woman, what I love about the treatment of Nova’s sexuality is how it debunks stereotypical portrayals of bi people in the media. Although she is open to many kinds of romantic relationships, she is not “on the fence” about whether she loves men or women; she’s very clear that she has the capacity to love both, and won’t apologize for that. An adjective that comes to mind to describe Nova is “committed” – to her work, to her community, to her family, and to her romantic partners. She is the opposite of the tired trope of bi people as wishy-washy and unable to commit.

All in all, “Queen Sugar” and “Being Mary Jane” have a lot to teach white women in particular about the specificities and diversity of black female subjectivity. However, these shows also highlight the very real tensions not only between white and black women – the most obvious chasm given the disparate voting patterns between white women (52% for Trump) and black women (93% for Clinton) – but also between black and non-black women of color, and among black women. As Didi Delgado states in another, equally powerful essay referencing intersectionality, “Ultimately, it’s not our shared experiences (real or imagined) that will unite us. It’s acknowledging our differences.” So, fellow white women, instead of calling for unity and ignoring the fact that we, as a voting bloc, betrayed ALL women by electing a misogynist, let’s own our shit and start learning about intersectionality. 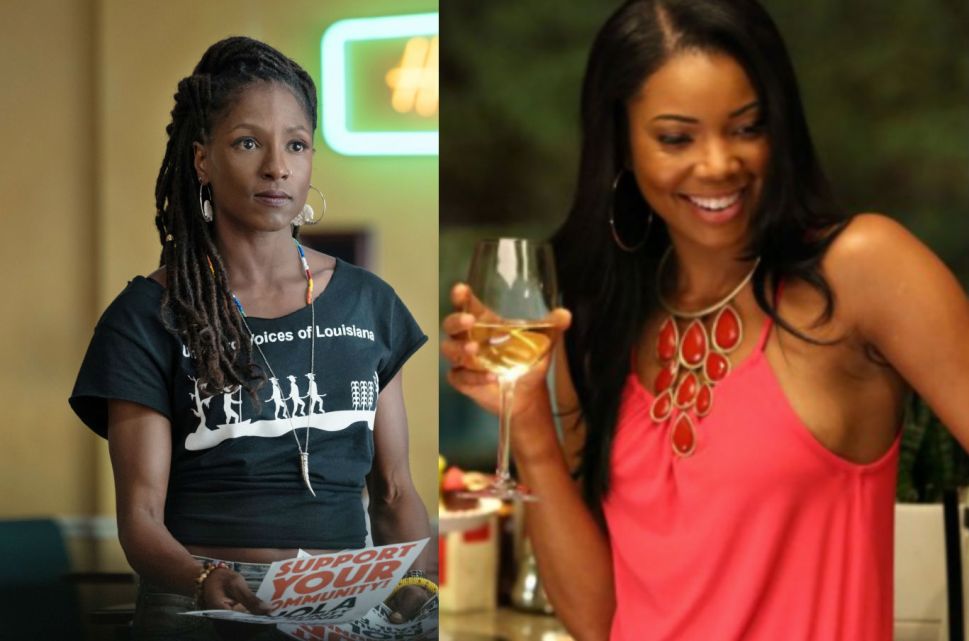