The gut is home to tens of trillions of single-cell bacteria. They are collectively known as your gut flora or microbiota and can directly influence how you feel on a day-to-day basis.

Bad gut health can lead to a wide range of health conditions that can negatively impact your health and quality of life.

While the concept of gut health is still relatively new, there is already some fascinating research on the effect diet and lifestyle can have on the diversity of your gut flora. Here are 11 scientifically-supported ways you can optimize your gut health for a happier, healthier you.

In addition to the usual sources of carbohydrate (pitas, wraps, white rice and potatoes) in your diet, add in whole grains including oatmeal, brown rice, buckwheat, popcorn and whole rye.

These are all great sources of fiber and non-digestible carbohydrates. Such carbs are not absorbed by the small intestine. Instead, they travel unscathed to the large intestine where they promote the growth of certain good bacteria in the gut. Whole grains also help you feel full.

#2. Restrict Your Use of Antibiotics

Our first instinct when we’re ill is to shrug it off as quickly as possible so we can carry on with our lives. This usually means a quick trip to the doctor and a course of antibiotics to clear up the illness. But antibiotics can inhibit the growth of certain bacteria—or destroy them—and are used in the treatment of bacterial infections. However, in addition killing bad bacteria, antibiotics can also damage or kill good bacteria. Prolonged use can also result in the bacteria becoming resistant to the medicine, making the antibiotics less effective. For optimal gut health, it is advisable not to take antibiotics unless you really have to.

#3. Include Prebiotic Fiber in Your Diet

Prebiotics are a unique type of dietary fiber which stimulate and promote growth in the good bacteria in your gut. They are very resistant to all factors: heat, cold, acid and time. This makes them perfect as a part of your normal diet.

#4. Add Probiotics into Your Diet

Probiotics are live bacteria used to introduce good bacteria into the gut. However, unlike prebiotics, they must be kept alive, and can be destroyed by heat, cold, acid, and the passage of time. They are thought to help restore the natural balance of the gut flora after it has been disrupted by an illness or treatment.

It is not definitively known if they provide health benefits to those who are already healthy, but some probiotic bacteria have been shown to provide benefits for those suffering from irritable bowl syndrome (IBS) and other bowel infections.

Stress negaitvely impact gastrointestinal health over both the short and long-term, sometimes leading to the onset of a variety of gut conditions including inflammatory bowel disease, IBS, ulcers and acid reflux—to name a few.

To help reduce stress and restore balance in the gut there are several things you can do including exercising on a regular basis, adding probiotics to your diet, getting plenty of sleep, interacting with others, and making time for yourself.

Aside from the obvious health benefits of exercise, which range from improved body composition to reduced risk of cardiovascular and metabolic disease, exercise also increases bacteria diversity. The exact mechanisms of how this happens and its exact impact are not fully known. Regardless, it’s advisable to include regular doses of exercise in your weekly routine.

You’re not the only one guilty of neglecting to eat enough fruit and vegetables (we all do it) but maybe you’ll change your ways when you see how beneficial it can be. Research shows that a diet high in fruit and vegetables can positively impact gut microbiota and reduce the growth of bad bacteria. In particular, apples, blueberries, and artichokes increase the concentration of Bifidobacteria. This is good news, as an increase in Bifidobacteria can help prevent poor gut health. Try having at least one vegetable with each meal and snack on fruit a couple of times a day.

#8. Improve and Diversify Your Diet

Improving the quality of your diet is key to good gut health. Researchers have shown that your diet changes the make-up of your gut flora. They looked at how eating either an entirely plant or animal products based diet would change gut flora and found that they did indeed change the “microbial community structure” of the gut.

They concluded that after adhering to one of these diets “microbial activity mirrored differences between herbivorous and carnivorous mammals, reflecting trade-offs between carbohydrate and protein fermentation.” This not only demonstrates the ability of the human microbiota to modify themselves in response to dietary changes but perhaps advocates for a varied and balanced diet.

#9. Cut Back on Artificial Sweetener

It’s difficult to avoid artificial sweeteners, as they are present in so many food and drink items. However, it’s worth trying to limit your intake for optimal gut health. Researchers have found results that link non-caloric artificial sweeteners to microbiota changes in the gut that can result in “dysbiosis and metabolic abnormalities.” Dysbiosis is the medical name for an imbalance of microbiota in the gut.

If you often reach for artificial sweetener and you suffer from any gut problems, it might be time to reduce your intake.

#10. Reduce the Amount of Processed Food You Consume

A study in the Nature Journal looked at the effect emulsifiers had on mice when consumed over a 12-week period and found that emulsifiers may contribute to obesity, metabolic syndrome, and inflammatory bowel disease by altering the bacteria in our guts.

We don’t know exactly how this information will carry over to human subjects. However, it’s worth mentioning that researchers noted that the worst health effects were seen in mice that consumed the equivalent of a human’s diet made up only of ice cream.

As unlikely as it is that a human would consume only ice cream, the study still gives us an idea of how emulsifiers might affect our bodies. Researchers confirmed that negative health effects were seen at concentrations of as little as one-tenth of what the FDA permits in food products.

It’s clear that more research needs to be done and avoiding emulsifiers entirely would surely be a difficult endeavor. The best advice is to consume in moderation and be more mindful of what goes in your mouth.

As you now know, diversity is key for a healthy gut and microbes can be found everywhere—not just inside the body.

Even environment can influence the make-up of your gut microbiota.

Something as simple as opening your windows when you’re at home—particularly if you spend a lot of time indoors—can lead to a richer microbe environment.

Theo is a Personal Trainer, Kickboxing Instructor and the founder of Lift Learn Grow, a fitness blog that gives you the tools you need to build the body you want. He helps guys change their bodies without sacrificing their lifestyles. Connect and learn more today. 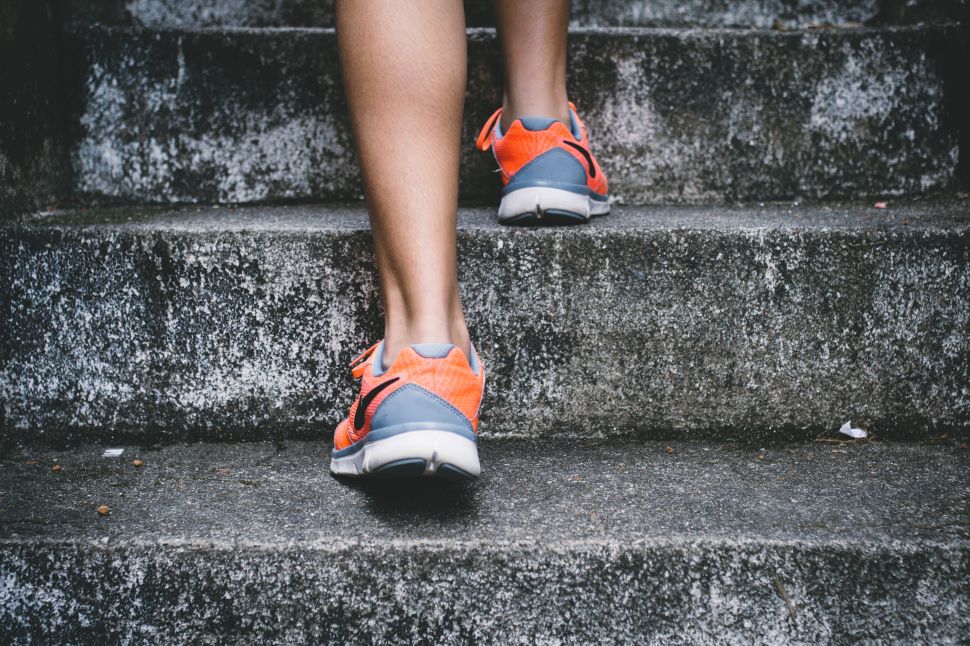