The world has seen far-flung rom-com plots, from short-term memory loss (50 First Dates), to being a wedding planner (The Wedding Planner). But now we have a Hollywood romance not just about online dating, but specifically, Christian Mingle.  You can now stream the movie on Amazon, YouTube, Netflix, iTunesand Google Play.

Yes, 2014’s Christian Mingle-– that’s the title — stars Lacey Chabert (the iconic Gretchen Weiners in Mean Girls) as Gwyneth, an advertising executive who has it all, except love. So after seeing an infomercial for the epinonimous dating site, Gwyneth has a moment of inspiration. She tries the religious dating app and even finds the man of her dreams, but it’ll come at the price of pretending to be an evangelical Christian.

At a whopping one hour and 44 minutes, Christian Mingle got a bad rap upon release. It’s honestly not very well acted, it uses the same Christian rock songs more than once (the film was distributed by Capitol Christian Music Group) and it currently holds a terse 4.4/10 on IMDB. But that’s because people are reading the film incorrectly.

Is this an earnest rom-com? Maybe it was intended to be. But much like David Wain’s slapstick Nora Ephron sendup They Came Together, this film is more of an — albeit unintentional — date movie parody. When viewed through this lense, it’s a huge success. In fact, it’s funnier than many films in the Scary Movie franchise. At least Scary Movie 4.

Gwyneth meets and immediately falls for her Paul, a fumbling all-American guy who calls his intensely religious parents mama and papa. The two have instant chemistry and bond over the this strange new world of “click, meet, marry, die, done” online dating. She realizes if this is Mr. Right, she needs to do whatever it takes to hold onto him. Which soon entails secretly buying “Christianity For Dummies,” memorizing some scriptures and even going with Paul and his family on a mission trip to Mexico (!!!) But along the way, will Gweneth realize that the man she’s been looking for all along…is God?

Christian Mingle opens not as most rom-coms do with sweeping shots of a bustling city. In fact, the city in this film is never defined. Gwyneth and Paul first meet at a restaurant called “Lisa’s Cookie Jar,” and later walk past generic stores called “Bob’s Shoe Repair” and “The Haircutter.” Later, she and Paul’s family go to a restaurant called “Cakes and Steaks” where the two dishes are literally brought out at the same time. She walks past these storefronts multiple times in the film, making this seem like a dystopian alternate reality where there is only one street.

Also, Gwyneth works at a maritime-themed insurance agency (yes) and is saddled with her biggest client yet, which involves a not FDA-approved pill that can cure baldness. (Stephen Tobolowsky plays her boss, The Admiral, pretty well.) All the while, she’s working on impressing Paul’s unaccepting parents who are intent on their son dating someone already devout and not someone interested in becoming devout. Which either makes no sense, or is hilarious.

The film was written and directed by Corbin Bernsen (the brooding retired cop father on Psych), who has stated that he is a born-again Christian in recent interviews, if that explains anything. Ultimately, this film reads less as an ad for Christianity and more as a scathing, supernatural critique on yuppie dating culture and the amount we’re willing to sacrifice in the name of what we think is destiny. That or, it’s just funny that it got made.

Also, might I lightly add that I have a soft spot for online dating as I met my current boyfriend on *Tinder.* Two years ago, we swiped right and went on a first date that involved me eating two slices of sicilian pizza while he had none, and taking him to the bar that my parents co-own (shout out to Bleecker Street Bar) but making him pay. And the rest is history. Much like Gwyneth and Paul, sometimes true love overcomes all obstacles. Just in this case, the obstacle was me being bad at dates.

Blue Velvet: If you’re currently caught up in the Twin Peaks craze, David Lynch’s eerie love story Blue Velvet will definitely add to your appreciation of the visionary director. Kyle MacLachlan plays innocent college student Jeffrey Beaumont who falls for the mysterious nightclub singer Dorothy Vallens and gets lost in her web of darkness. Isabella Rossellini is fierce in this, and though it wrongfully got a ¼ stars from Roger Ebert at the time, it’s definitely one of Lynch’s best.

On Spotify:
Taylor Swift’s 1989: It’s absolutely worth noting this week that Taylor has added her entire discography back to Spotify. Is this the singer’s attempt to win back some fans after having a slightly problematic year? Who’s to say, but we’re happy we can finally jam to “I Knew You Were Trouble” on Spotify, the song that officially marked the death of dubstep. (RIP.) 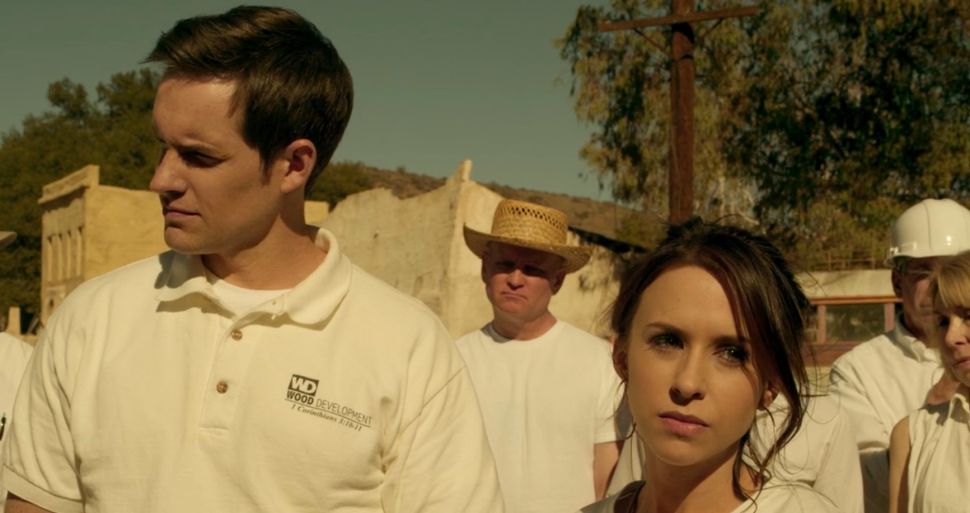