If you think stand up comedy isn’t for you, you’re actually wrong. Not only is stand-up is one of the most relatable art forms, but there is an hour-long special for almost every type of person.

The first time I experienced stand up, I was 14 years old and went with my friend and his dad to see Demetri Martin at Tarrytown Music Hall in Westchester. The misdirections, the ability for a person to live or die on stage solely based on the laughter of an audience, the bar graphs!? — honestly, it inspired me. 10 years later and I just slayed a loft show in Williamsburg and a set at the Creek and the Cave where an improv team that went after me was dressed as burglars. So yeah, you could say that dream is still alive.

Whether you’re a first-time viewer or an up-and-coming legend like me, there’s a special out there that you’ll love — and there’s a good chance it’s on Netflix.

The beloved streaming service has pushed aside HBO as the go-to spot for hour-long specials. So if  you’re wondering where to start, here’s a Netflix special for five different, commonly seen personality types. Get settled in and let’s discover your new favorite comedian, together.

Ali Wong is the only comic on this list who slays her special whilst very pregnant, and it adds to the fierce, raunchy experience. Wong’s special is great for women in their 30s who want to bust a gut while roasting twentysomethings and commiserating about the rocky road to motherhood. For people who find comedy to be too “alt,” “ironic” or simply too hard to penetrate, 34-year-old Wong, a writer on ABC’s Fresh Off The Boat, will get you there. I watched this special last summer at an upstate lake retreat with fellow journalists. The weekend started strong with drinking and campfires, but devolved by night two into a movie/Ali Wong night. It was a rapid descent. But at least I can recommend this.

Louie’s run of hour-long specials from 2007-2011 is generally hard to beat. But also, it’s time to branch out. Tom Segura’s unapologetic, subtly hilarious style will definitely sneak up on you. He’s a great storyteller in a similar vein as Louie, elaborating masterfully on subjects like raw-dogging and being overweight. Also, he has a nice closed-mouth smile. You know how Aziz just like, has a nice closed-mouth smile? So does Tom Segura. Is that helpful to say at all? I don’t know, but I enjoyed this comedy special.

Honestly, is anyone surprised the man behind one of the funniest ever SNL bits has one of the year’s most rewarding Netflix specials? Norm MacDonald’s new hour is so funny you guys. He touches on topics like old age, a hilarious ending bit about Hilter’s Dog and sums up his act by stating, “nothing I’ve said is really of substance.” He’s one of our best comedic voices and he honestly couldn’t be more chill about that fact. If you’ve been watching SNL weekly since whatever period of time you subjectively consider “the golden era,” you will love this.

If you spend more time in Trump’s twitter replies section than in reality, you’d know that Hasan Minaj is having a cultural moment. The dashing Daily Show correspondent took on the daunting task of hosting this year’s White House Correspondents Dinner, and did so with great success (everyone and their politically active for-the-past-four-months camp friend shared it on Facebook). Now he’s riding that wave into his new stand-up special, “Homecoming King,” which captures growing up an Indian immigrant amongst the “Ryan Lochte crowd” of Southern California. Minhaj grapples with the concept of the American dream whilst never resorting to anything hacky, like an Indian accent. It’s a very approachable, rewarding special, especially for someone who’s more well-read on politics and cultural issues than comedy.

For the Guy Who’s Been Sleeping Under a Rock: John Mulaney’s New In Town (2012)

If you’ve never watched a stand up special, John Mulaney’s New In Town is the gold standard. With an opening that pays homage to 80s sitcoms, sort of like the one he actually made for Fox (#TBT), and dressed to the nines in a grey suit, Mulaney charmingly takes us on a journey from his humble beginnings to adulthood. Each bit lands with grace, from once having a babysitter who is only slightly older than he was, to the fact that much of Law and Order’s gruesome lines are delivered by Ice-T. Even me talking about these bits feels like a disservice! New In Town is really hard to dislike. If someone asked me to choose a stand up special to play at their daughter’s birthday party, first of all, weird party. But I would definitely choose this one.

Speed (1994): When it comes to the “best action movie of all time” prompt, you’re either a Die Hard or a Speed. I guess you could also be a Matrix person? I don’t know, I’m sticking to my guns on this. Speed is the ultimate Keanu Reeves thrill ride, with a simple premise — a mad bomber bent on revenge has rigged a city bus to explode if its speed drops below 50 mph — that’s now the stuff of legend. It doesn’t get caught up in subplots or long-winded scenes. It’s about a bus that has to go fast. And dammit, what more could you ask for?

Arcade Fire’s Everything Now: Most Arcade Fire fans heard the band’s new single — which was released as on vinyl at Primavera Sound last weekend — through this weird bootleg iphone video of the 12” spinning in a record store in Spain. Though this video was not released by the band, it felt like the only way it could go down. Now, the title track from the indie mega-group’s upcoming fifth album is actually here, and it’s as grandiose as anything they’ve ever put out. But also very ABBA, with a production credit going to Daft Punk. It’s nice to know that amidst other legendary acts getting caught up in releasing clunky political music in 2017 *ahem, The Gorillaz*, Arcade Fire just wants us to dance. 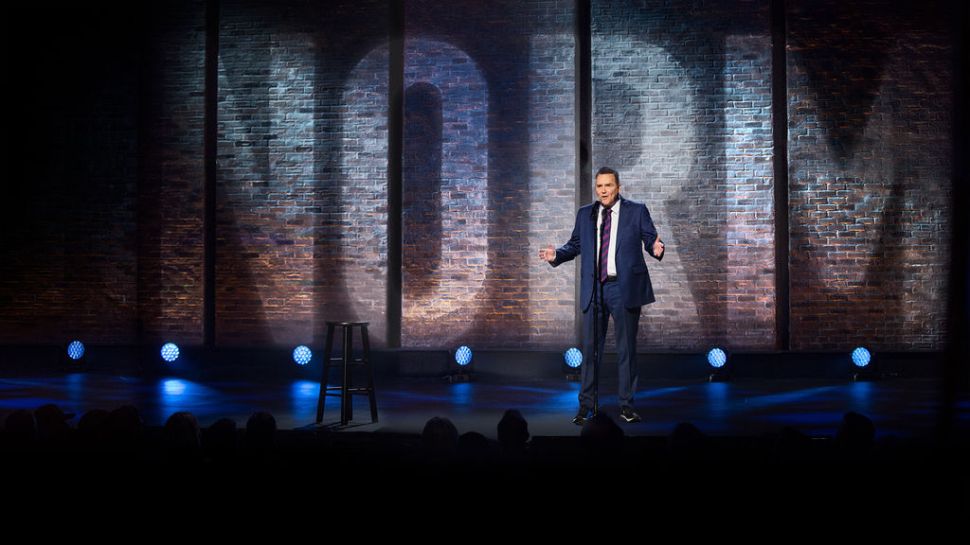