At this point, it must be said: The victims of Islamic terror are being sacrificed because of the freedoms granted by Western democracies. If this can be understood, the free world can finally go about deciding how they want their citizens to live—or die.

The facts from the recent attacks on England are chilling. The London jihadists were hiding in plain sight. The answer to former London Mayor Boris Johnson’s question “How on earth could we have let this guy possibly fall through the net?” desperately needs an answer.

The short answer is that democratic norms do not currently allow for many terrorists to be caught. There are likely at least several thousand potential Islamic murderers in European countries. Thousands of European Muslims have gone to Syria and Iraq to fight. They have posted their ideological sympathies on social media. The London attackers even told family and friends of their beliefs. These potential threats are often on intelligence agencies’ terror watch lists. They are assessed and given priority according to the likelihood that they will perpetrate an act of violence. Whether it is Germany, France, Belgium or England, the players are usually known to the authorities. But the rules of democracy prevent them from being stopped before they commit their cowardly acts.

However, there is a model that might succeed in preventing future terror attacks. It can be found right here in the United States. It has passed all the democratic tests, has been legislated by our elected representatives, and has been upheld as constitutional by the courts. It has the backing of a society that is willing to curtail freedoms for a larger purpose.

That model is the criminalization of child pornography. The simple possession of child pornography is a serious federal crime. Think about that. Owning an image—without having any role in its production—is a crime. There are hundreds of people serving long prison terms for having images on their computers. Society has deemed this behavior so repugnant and so outside the bounds of civilization that it can be completely repressed.

Is the Islamic call for violence not as just as harmful? Are nails and screws embedded in the body parts of innocents not just as heinous as the sexual abuse of children? Why is a downloaded jihadist tract instructing to kill less dangerous to society than child pornography?

Freedom has its limits, and Western society needs to have a serious discussion about how those restrictions apply to the call for brutality against civilians to advance political and religious agendas.

The “how on earth?” question should be one of incompetence rather than compliance to Western legal systems that cannot properly handle threats. The endless recriminations and missed clues should be about uncovering evidence of murderous ideas rather than judging their potential to be actuated.

If this means incarcerating several thousand people, so be it. If it means that certain religious texts are banned, it may be a small price to pay for saving hundreds or thousands of lives.

One must note that focusing on violent rhetoric is not the same as a “travel ban” blunderbuss that absurdly targets all members of a religious faith. However, without taking some steps to protect citizens, one can surmise how an ineffectual policy like the “travel ban” develops appeal.

The best way to preserve freedoms and values like tolerance is to focus on the intolerant and homicidal. Failure to do so threatens all peaceful members of society. When the headscarf and burqa become objects of popular derision, an entire religion is being tainted with the stigma of its violent members. After all, Catholic nuns cover themselves head to toe and no one is afraid when they get on an airplane or bus.

If the West does not want to criminalize jihadist materials that call for violence, it has made a statement. That statement is that people out for a stroll in Nice, at a concert in Paris, enjoying a drink in London, on a train in Madrid, or in a club in Orlando will die. They are being asked to die for the democratic rights of Islamic jihadist killers.

Once these facts are understood, Western legal systems will be forced to evolve accordingly.

Jonathan Russo has been observing and writing about the Mid-East, domestic politics and China for decades. In the last 10 years his articles have been published in The Huffington Post, Times of Israel and his own site JavaJagMorning.com. He’s been an executive in New York media world for over 40 years and resides in Manhattan. 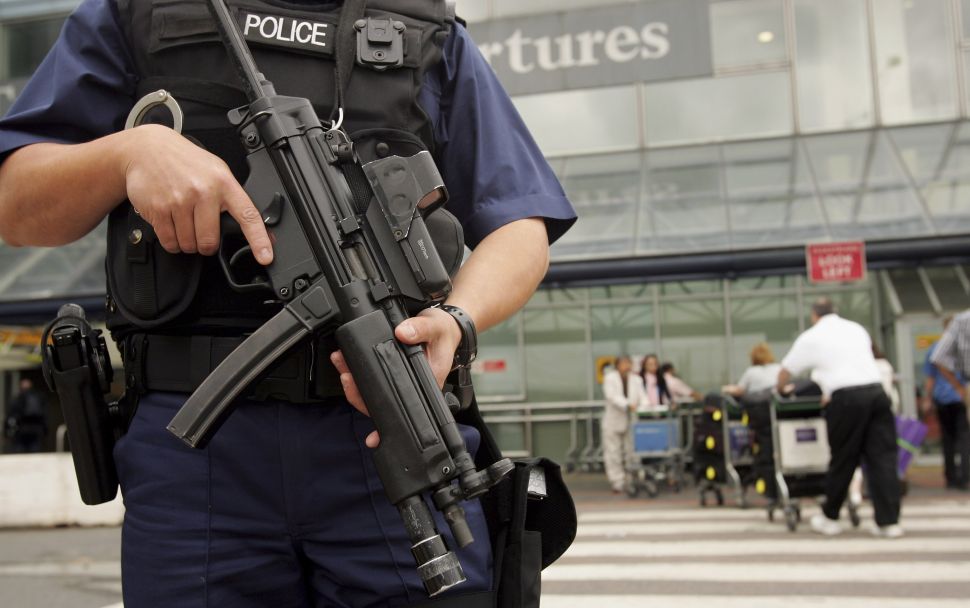