Westworld, which wrapped its first season in December, is set in a futuristic Old West theme park that allows its visitors to live out their most primal fantasies with the robotic “hosts.” Over the course of the season, however, the hosts became more conscious of the fact they were being used and began to rebel against it.

Given that the series focuses mainly on how terrible humans are, Rubin started the discussion with the question “What the hell is wrong with us?”

“Everything is wrong with us,” Nolan answered. “We’re playing with questions about why humans understand the world, why our minds work the way they work and why we have these recurring bugs.”

But even in a high-tech place like Westworld, old fashioned storytelling is key. Nolan said the show intentionally switched between the human and robot worlds—that way, when the hosts discover the human world the culture shock is even greater.  For example, when robot Dolores (Evan Rachel Wood) realizes that she doesn’t have to live her entire life as a damsel in distress, she goes on a shooting spree.

Despite the show’s Old West setting, these futuristic elements (especially the question of consciousness) are deeply rooted in artificial intelligence.

“Consciousness is not something computer science wants to touch, but it’s the elephant in the room,” Nolan said. “The next line of intelligence to emerge on Earth might not need consciousness.”

“Consciousness allows us to deny personhood to other types of people,” Joy added, using the example of vegetarians and meat eaters. “We tend to endow those we love and are close to with consciousness—it would be very hard for me to eat my dog.”

The robots on Westworld are more human than dog, however, so Nolan said he had to “reorient the entire story of the show over to these creatures.”

“These are robot women in the Old West,” Joy, who’s also writing new film version of Battlestar Galactica, said. “When you’re an outsider like that you see more of the darkness. You’re not sitting at the top of the hegemony thinking ‘Everything is peachy here.'”

“You can’t play God without being acquainted with the Devil,” Ford says. “We speak the right words and we create life itself out of chaos.”

Since Ford’s beguiling AI creatures aren’t a reality just yet, Joy said her story was “leaping into the age of the unfathomable.” But she also said that given how fast the world moves, it might not be unfathomable much longer.

“Before science fiction used to be incredibly speculative,” Joy said. “You were considered a niche dork. Now you’re worried about what’s a minute away, not 30 years away.”

Indeed, Joy said the recommendations on her Amazon homepage prove “AI knows me better than my husband does.”

In spite of this, Nolan called himself “a techno-optimist.”

“I want to curry favor with our eventual robot overlords,” he said. 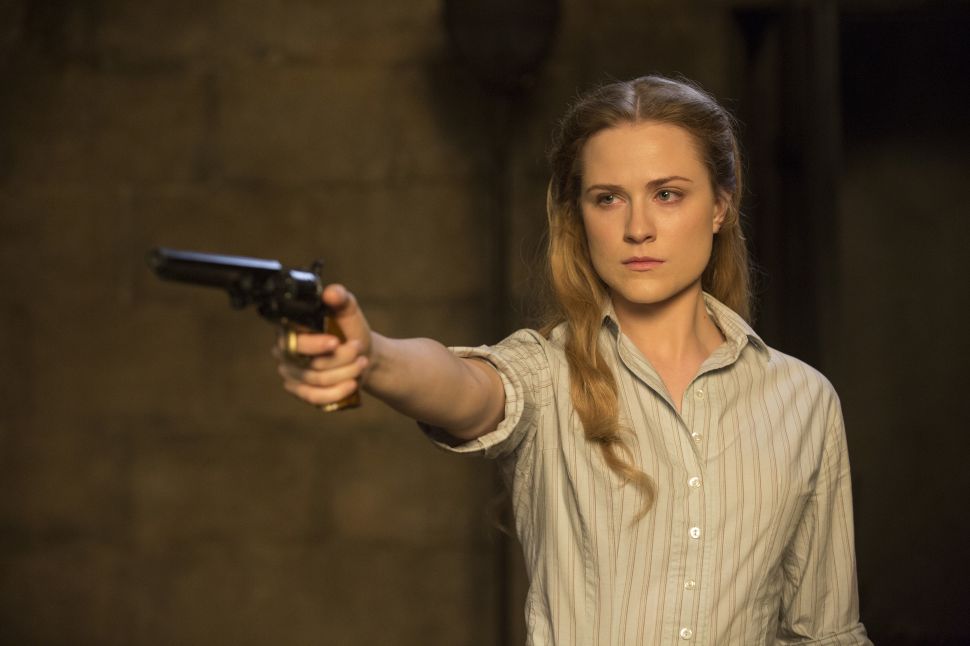