Jeff Bezos, the world’s second-richest person, trails his peers when it comes to generosity. His family’s donations to hospitals, museums and universities rarely make headlines, and he hasn’t signed the Giving Pledge, a commitment by many of the world’s richest people to give away most of their wealth.

So when the Amazon founder recently turned to Twitter to signal that he might give most of his fortune away in an open call for advice, it stunned philanthropic circles. Probably not coincidentally, this unusual appeal for advice surfaced shortly before news broke about Amazon’s buyout of Whole Foods. If that deal goes through, it will give Bezos’s fortune, pegged at US$75.6 billion by Bloomberg, a $2.8 billion boost.

As a scholar who studies the ethics of philanthropy, I think Bezos is bucking two big trends embraced by his super-rich peers: a commitment to long-term impact and a technocratic decision-making strategy.

Bezos noted on Twitter that he was specifically looking for good charities that could make a difference as soon as possible. This preference for short-term impact has puzzled many experts on giving.

As Stanford University political scientist Rob Reich argues, the ability of big donors to make risky, long-term bets that benefit society is what justifies the tax breaks and the limited regulation foundations enjoy. Policymakers can then adopt philanthropy’s successful innovations and implement them on a larger scale – like the 911 system, which the Robert Wood Johnson Foundation invented and piloted in the 1970s.

By investing in medical research and experiments in education policy, for instance, today’s biggest givers, such as Bill Gates and Mark Zuckerberg and their wives, Melinda Gates and Priscilla Chan, tend to help find solutions to challenges not met by the private sector or the government. By spurning long-term impact in favor of meeting urgent needs, Bezos is effectively rejecting the standard approach to large-scale giving.

Refreshingly, Bezos seemed to acknowledge that billionaires like him who are profiting from an ongoing global economic transformation have duties to those who have been left behind. He noted on Twitter that “helping people in the here and now – short term” could complement the long-term contributions that he sees his business ventures making to civilization.

But if Bezos believes that the most well-off players in an economic system are obliged to aid the least well-off, he may be undermining the case for philanthropy itself. As I explained in my dissertation on the role of private philanthropy in a liberal democracy, charitable donations are inherently worse than government spending at meeting basic needs.

Listening to the rest of us

Bezos’s appeal also made waves because of its apparent concession to populist criticism, which targets philanthropy’s elitist elements.

Many big donors take a technocratic approach to their giving. They regard themselves as experts in the areas they address and sometimes get caught circumventing public opposition to their ideas.

A group called the Communities for Teaching Excellence that was largely funded by the Bill & Melinda Gates Foundation closed after critics accused the foundation of “astroturfing” – creating artificial grassroots organizations – to generate support for its education initiatives. (The BMGF is a funder of The Conversation Media Group.) And the foundation led by Eli and Edythe Broad once secretly offered New Jersey’s government grant money to bolster charter schools, a policy the Los Angeles billionaire couple champions.

By contrast, Bezos opted to delegate decision-making – at least initially – to users of Twitter, arguably the world’s largest forum for public deliberation.

Objectively speaking, conducting a straw poll over social media is not a fair or serious way to hear out the masses. Only about one in five Americans is active on Twitter, and Bezos has not yet disclosed his methods for selecting winning responses.

Cynics may see Bezos’ public appeal as a strategy that creates the appearance of democratizing philanthropy without any of the constraints required when donors follow democratic procedures.

But Bezos’ request for ideas, which within days had amassed more than 40,000 tweeted responses and considerable media coverage, might help reconcile the conflicts between philanthropy and democracy.

The term “philanthropopulism” first surfaced a decade ago, as big donors sought new ways to make their giving more effective. Now, emerging research on the wisdom of crowds shows that large numbers of minds often make better decisions than small numbers of experts. Perhaps, well-designed procedures for involving the public in giving decisions could help improve the quality of the gifts.

That might also help to respond to critics like Stan Katz, a historian who worries that today’s biggest donors are betraying the principles of American democracy. The ideal of democracy requires that everyone enjoy equal opportunities to influence matters of public concern. But as private wealth finances a widening array of public functions, and inequality proliferates, ordinary people are losing more and more control over their common affairs.

Katz observes that foundations – not voters – are behind the explosion of charter schools and high-stakes testing and the decline of teachers’ unions. His observations corroborate disturbing findings by political scientists Martin Gilens and Benjamin Page that the middle class no longer exerts any noticeable influence over public policy.

In the absence of national political will to contain economic inequality, a request for public input on big philanthropic decisions could restore some democratic control over public life. If Bezos can help catalyze this movement, it may be good news for philanthropy and democracy alike.

Ted Lechterman is a Postdoctoral Fellow at Stanford University McCoy Family Center for Ethics in Society. This article was originally published on The Conversation. Read the original article. 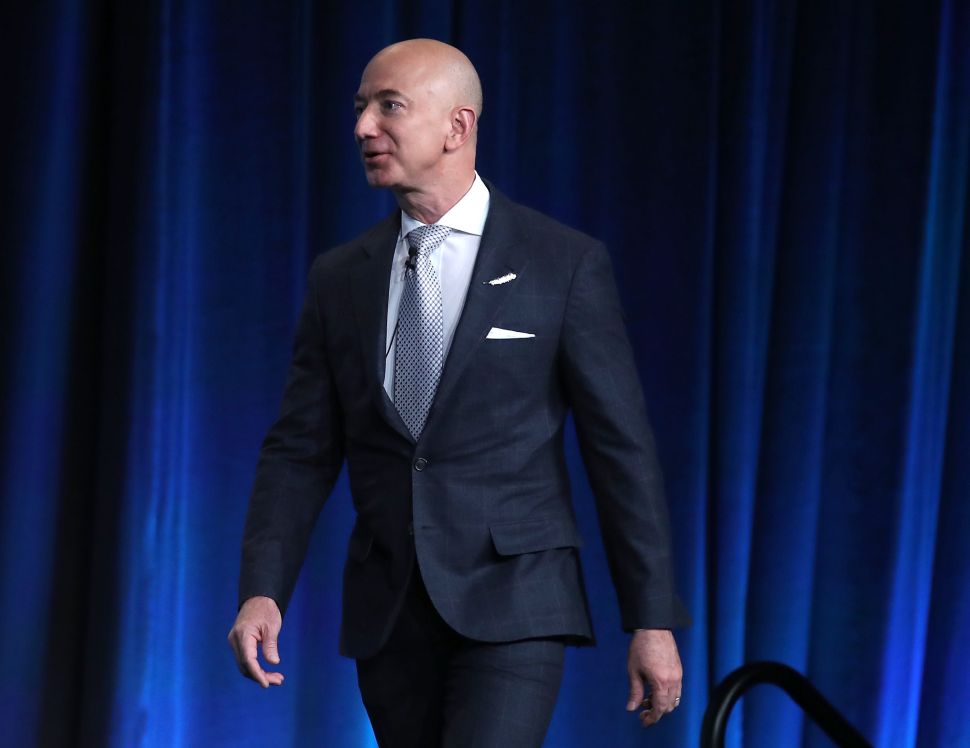