In the hot seat with @SelenaGomez behind the scenes of our fall campaign. #CoachxSelena #CoachNY

Selena Gomez is a dream ambassadress for any brand, due to just one thing: her massive Instagram following.

That was clearly one reason why Coach‘s creative director, Stuart Vevers, handpicked the singer to be the face of the American heritage brand. To coincide with the release of Gomez’s first campaign, the brand offered a little more insight into why she was such a good fit for this gig.

“Selena is a rebel and a romantic, a dreamer and a doer who boldly charts her own course,” Vevers said in a statement. “To me, she speaks to a generation; she connects.” See, it goes beyond just having a huge fan base, it has to do with Gomez’s power to really resonate with the 122 million people that devour every photo and caption she posts on the app.

In fact, Vevers took that connection into consideration when conceptualizing these images; he knew most of Gomez’s fans would be viewing the pictures of the starlet clutching the Swagger bag on a smartphone or a tablet.

“At the end of the day I know that’s how most people are going to see these images so I’m very conscious of that,” Vevers told Vogue. “We did loads of like fun stuff on the day. Selena took some cool videos where she shows what a shoot day is like for her—the things that she sees, the racks of clothes…”

These are all details that Gomez’s loyal followers will definitely appreciate. And considering the stellar team that worked together on these images—Steven Meisel took the photos that were creatively directed by Fabien Baron, while Pat McGrath was on makeup, Guido Palau was doing hair and Karl Templer was the stylist—this image features the work of the industry’s top talent.

“Coach was actually one of my first designer purchases,” Gomez told PeopleStyle. “Where I’m from in Texas, Coach was the must-have brand. I remember saving up with my cousin, Priscilla, to get matching wallets.”

The bulk of Gomez’s faithful following, which is teens and young adults, can totally relate to that notion of lusting after and saving up for a designer item, either in high school and beyond. As they grow up alongside the singer and Taylor Swift bestie, they will continue to follow her every move…and they will probably copy her by buying the latest handbag, wallet or keychain style from Coach. By building a relationship with these young shoppers, Coach sees Gomez as an investment in the future. 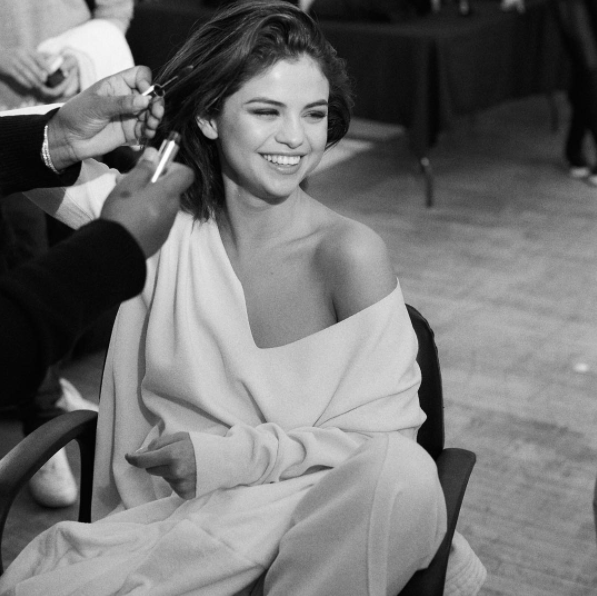