What would the world look like if everyone lived like it was their last day on earth? Chaos. It might seem liberating but in truth would be quite terrible. Who would follow the law? Who would care about anyone but themselves? What would get done? At the end of that day, you’d be grateful the world was not ending.

The great Stoic Seneca wrote that we should “balance life’s books each day…The one who puts the finishing touches on their life each day is never short of time.” An analogy might be a soldier about to leave on deployment. Not knowing whether they’ll return or not, what do they do?

They get their affairs in order. They handle their business. They tell their children or their family that they love them. They don’t have time for quarreling or petty matters. And then in the morning they are ready to go—hoping to come back in one piece but prepared for the possibility that they might not.

Bud Day, the Air Force fighter pilot and Medal of Honor recipient who would spend over 5 years in the “Hanoi Hilton” as a POW with the Stoic James Stockdale, took the news that he would be deployed to Vietnam with order and discipline. He visited his father’s grave and made things right with his old man. In less than a week, he found a new home for his wife, a school for his young son, took them shopping and applied for the family’s first credit card. He put together a briefcase with their marriage license, his birth certificate, insurance policies, bank account numbers, even a list of the pallbearers he’d like at his funeral. He and his wife sat down and had a conversation about all the contingencies that might happen while he was gone, including what it would mean to go MIA. What happens if that happens she asked him? For this one, there was only one option—to pray for him.

But the rest of us? Do we live in such an orderly, prepared fashion? Of course not.

We’re just taking things as they come. We’re like the character in Raymond Chandler’s The Long Goodbye: “Mostly, I just kill time,” he says, “and it dies hard.”

What do we have to show for this time we kill? Rounds of golf, years spent at the office, time spent watching mediocre movies, a stack of mindless books we hardly remember reading, and maybe a garage full of toys. We have a list of places we’ve crossed off a travel bucket list. We have a bunch of meaningless obligations that we endured because we didn’t have strong enough priorities to say no. We are like this because we think we will live forever, because death is such an unpleasant thought that we refuse to think it.

“You can leave life right now. Let that determine what you do and say,” Marcus Aurelius would remind himself. I carry a coin in my pocket with that saying on it (which I had minted at a century old mint in Minneapolis) so I can remember it. So I can touch this little piece of bronze and think memento mori and ask myself these questions:

If today was my last day before they shipped me off to the front, what would I do? How would I live? I’d have a list and I’d check those things off. I’d handle my business. I’d make time for my family—after I made sure they were taken care of in my absence. I wouldn’t make time for bullshit, I wouldn’t let other people impose on me. Not today. I’d see the cost too clearly. I’d be a little afraid, but I’d know I didn’t have a choice and so I’d proceed anyway.

One day we will get those orders—you’re shipping out tomorrow and not coming back. No one knows how much notice we’ll get either: a week, a year, five minutes, or none at all. It could come right now. It could happen before you get to the end of this article. Are you going to be proud of how you spent your time before that?

Don’t live each day as if the world is ending. That would be a disaster. Live your life as if you’re not sure whether your time on this earth is ending or not.

Get your shit together. Handle what’s important. Take care of others. Enjoy yourself. Be at peace.

We Used to Put Statues Up, Now We Just Tear Them Down
These Books Explain the Media Nightmare We Are Supposedly Living In
How the Online ‘Diversity Police’ Defeat Themselves, and Leave Us All Much Worse Off
We Are Living in a Post-Shame World—And That’s Not a Good Thing
We Don’t Have a Fake News Problem—We Are the Fake News Problem
Want to Really Make America Great Again? Stop Reading the News.
The Real Reason We Need to Stop Trying to Protect Everyone’s Feelings 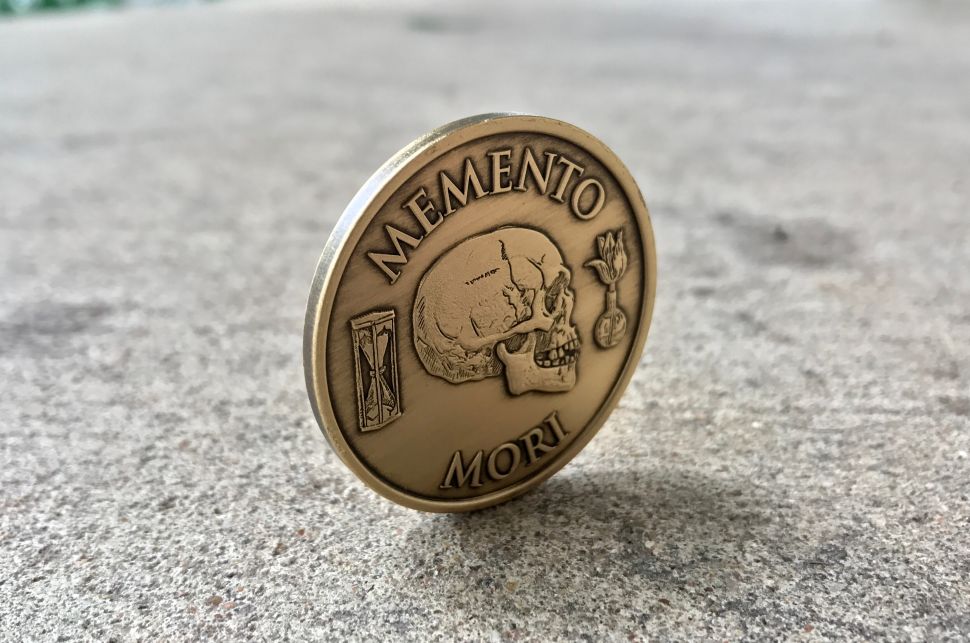