After seeing Wonder Woman the other day in Burbank, I went to the Coffee Bean, which was just a block away from the theater. I sat next to a group of teenage girls. Usually, sitting by high school girls makes me put noise-cancelling headphones on due to teeny-bopper indulgence in squealing, cheering, and laughing at things that aren’t the least bit funny. But this time, I had to listen.

Like me, they had just finished seeing Wonder Woman, the new film directed by Patty Jenkins starring Gal Gadot. In their giddy high-pitched voices, the girls discussed who in their group could be Wonder Woman. When they asked the cheerful middle aged woman behind the counter to pick, her answer was, “All of you could be Wonder Woman!”

The girls first laughed, looked at each other, and then nodded their heads in solidarity. It was a touching moment that symbolized the true success and meaning of Wonder Woman, even more than it’s impressive financial stats. The movie grossed over $100 domestically its opening weekend—the highest for a female director in history.

It all seems like a complete 180 from this time last year when Ghostbusters hit the screen to mixed reviews and lengthy yawns from audiences. The remake of the 1984 film wasn’t as bad as it was made out to be, but the “female” film was far from what the Los Angeles Times claimed was an obligation for all feminists to see.

Instead of empowering women, Ghostbusters was a feminist nightmare in that it practically had to beg women to be empowered by its stars’ on-screen antics. A true feminist movie doesn’t have to try anything. It just simply needs to show. The fact that many journalists who had legit criticism of the film were declared as “woman haters” made things even worse for the movie’s contrived feminist campaign.

As a male, it has been easy to celebrate the social implications of Wonder Woman’s success. I thought of many great women I know who have been called bitches, whores, narcissists, and far worse simply for succeeding on their own terms. I imagined how each would feel seeing the film and reacting to its success. I was also happy that with anti-Semitism gaining foot worldwide from both the right and the left, Wonder Woman is a victory for Jewish people due to Gal Gadot, its Israeli star. I felt so good until some, like usual, had to rain on what should have been a completely sunny parade.

Apparently, according to some, Wonder Woman is problematic because Gal Gadot doesn’t represent “diversity.” Some want you to believe that her starring role is an example of “white feminism.” The discussion of race within feminism is certainly a valid one, but it feels like the ones who complain about Wonder Woman’s “white privilege” are doing so in order to divide at a time when women (and men) of every single race should be celebrating.

It was quite depressing that one of the websites that led the attack on Wonder Woman was a popular left-leaning Jewish publication that had good intentions but a severely misguided delivery. The author of the article wants you to know that Wonder Woman is white, and we shouldn’t “pretend” otherwise. Except that Gadot, like other Israelis, can be considered multiracial. As The Times of Israel points out, attempting to box in Jews as either “white” or “just a religion” helps perpetuate a culture of anti-Semitism on the supposed anti-racist left.

Couldn’t this misguided Jewish blog celebrate the fact that in a day when the public education system and college campuses are drenched with anti-Semitism, Gadot’s role in Wonder Woman can empower young Jewish women? After all, many of these women experience vile discrimination that doesn’t get taken seriously because of their alleged “privilege”? And what’s the real reason for the “diversity” issue coming up in the first place?

“Sadly, the diversity question would have never been brought up if it wasn’t for the fact that Gadot is Israeli. Besides, selecting an actress from a foreign country with a population under 8.5 million sounds pretty diverse to me,” Paul Miller, president of the news and public policy group Haym Salomon Center, tells the Observer, adding that Wonder Woman’s success is a win for women and everyone who cherishes freedom and human rights.

Like others, Miller believes Gadot was targeted by the BDS campaign against Israel simply because of her faith and nationality. He believes the intensely positive international response to the film is the latest victorious rejection of a boycott effort that has nothing to do human rights and everything to do with Jew-hatred.

Despite some trying to rain on Wonder Woman’s parade, the sun the movie provides will last a lot longer. In the end, Wonder Woman could join the ranks of films such as Batman and Star Wars in the top tiers of pop culture history. 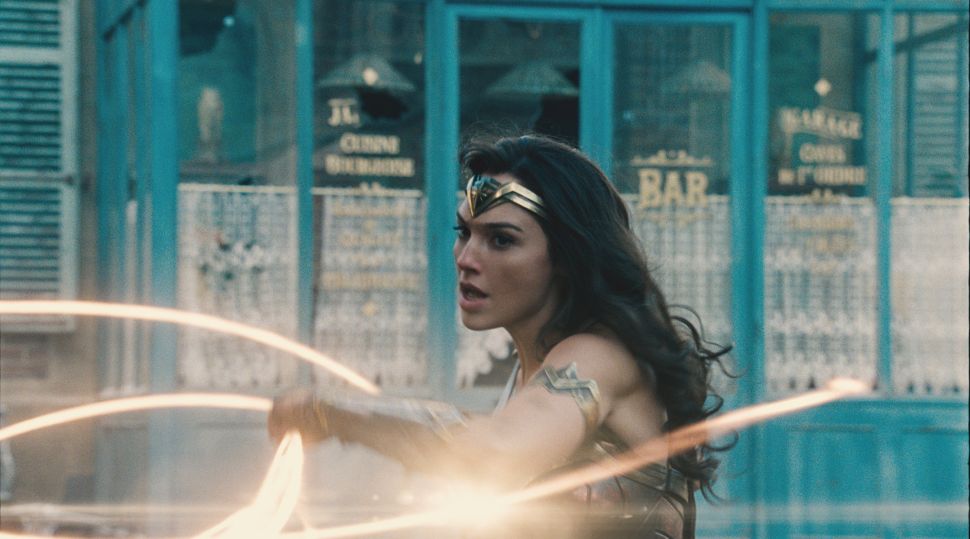