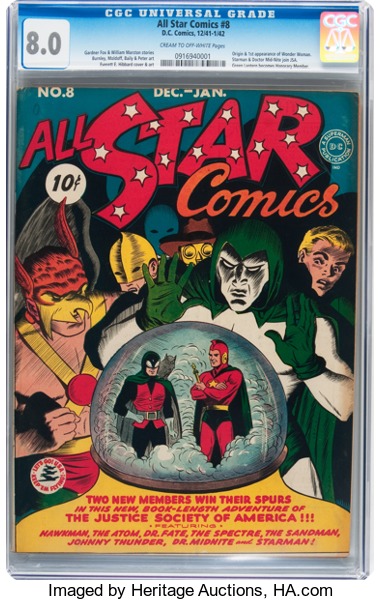 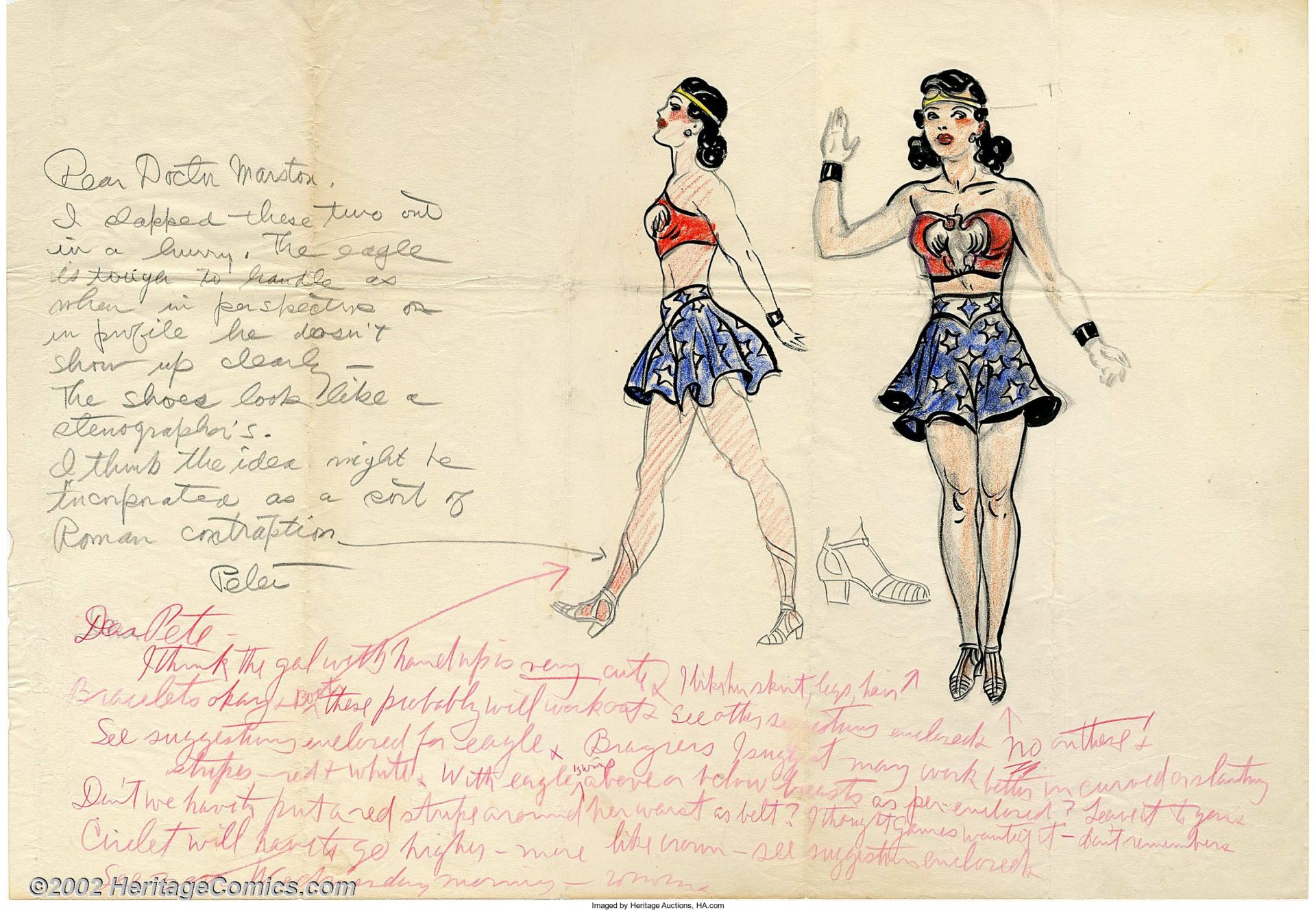 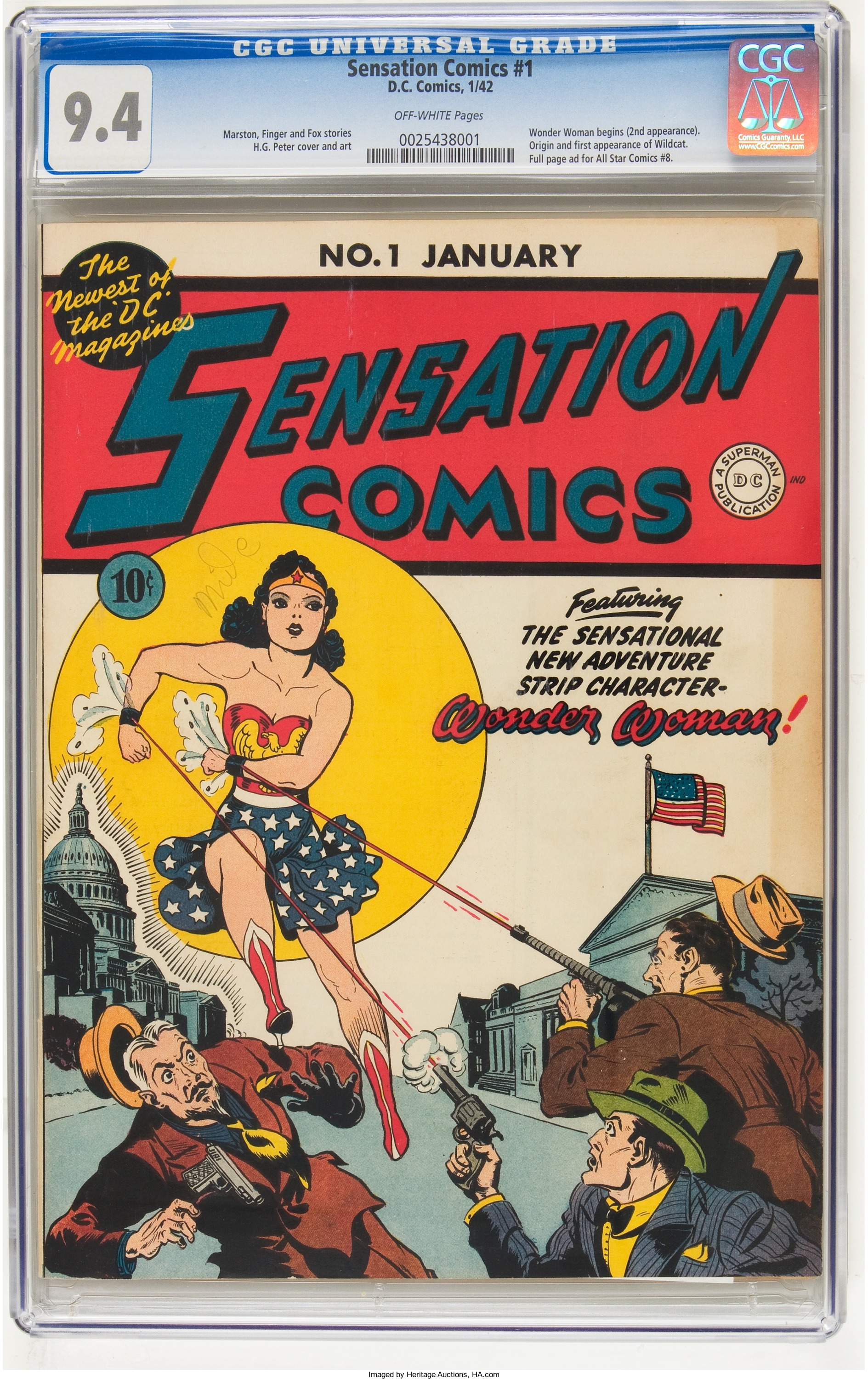 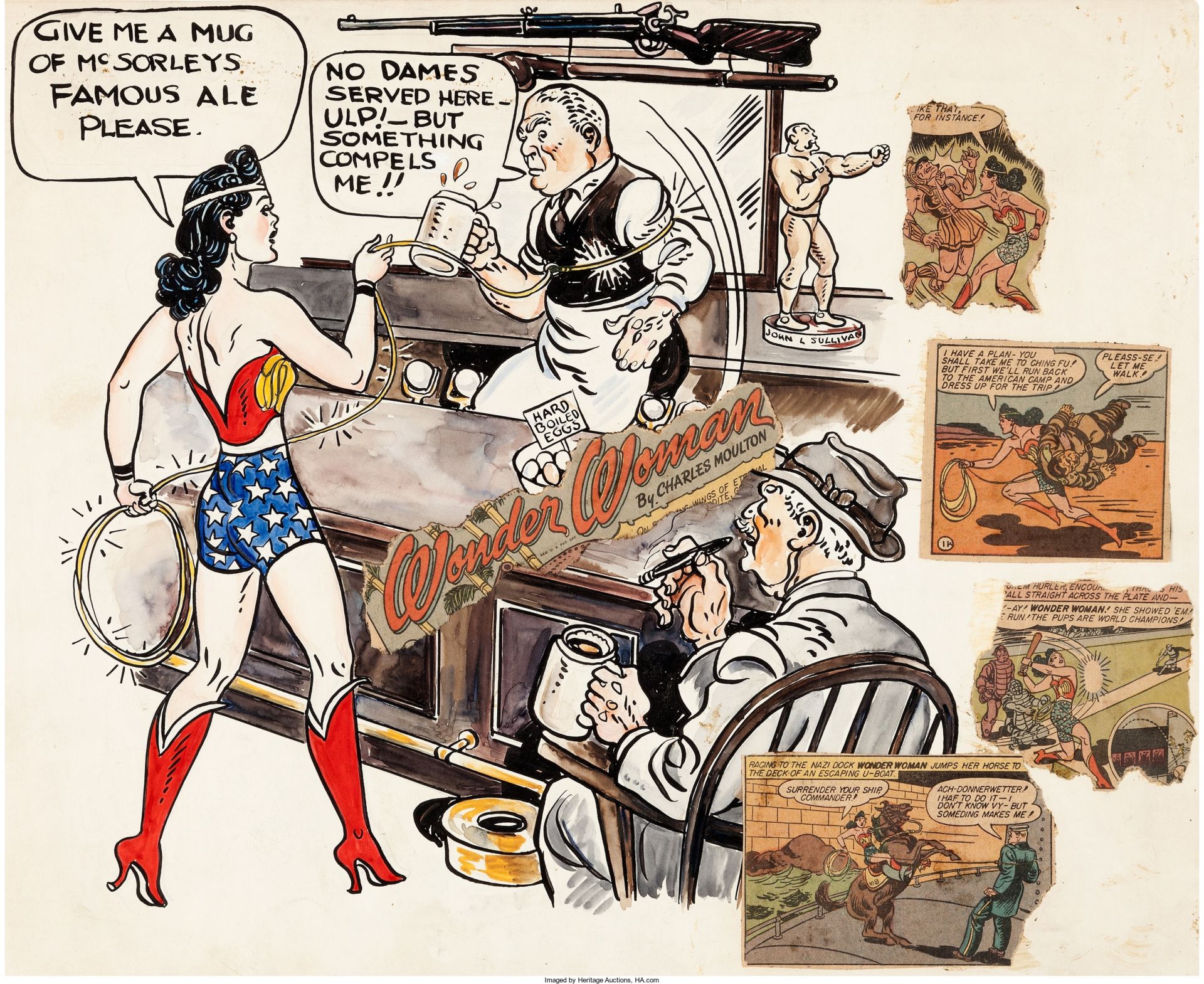 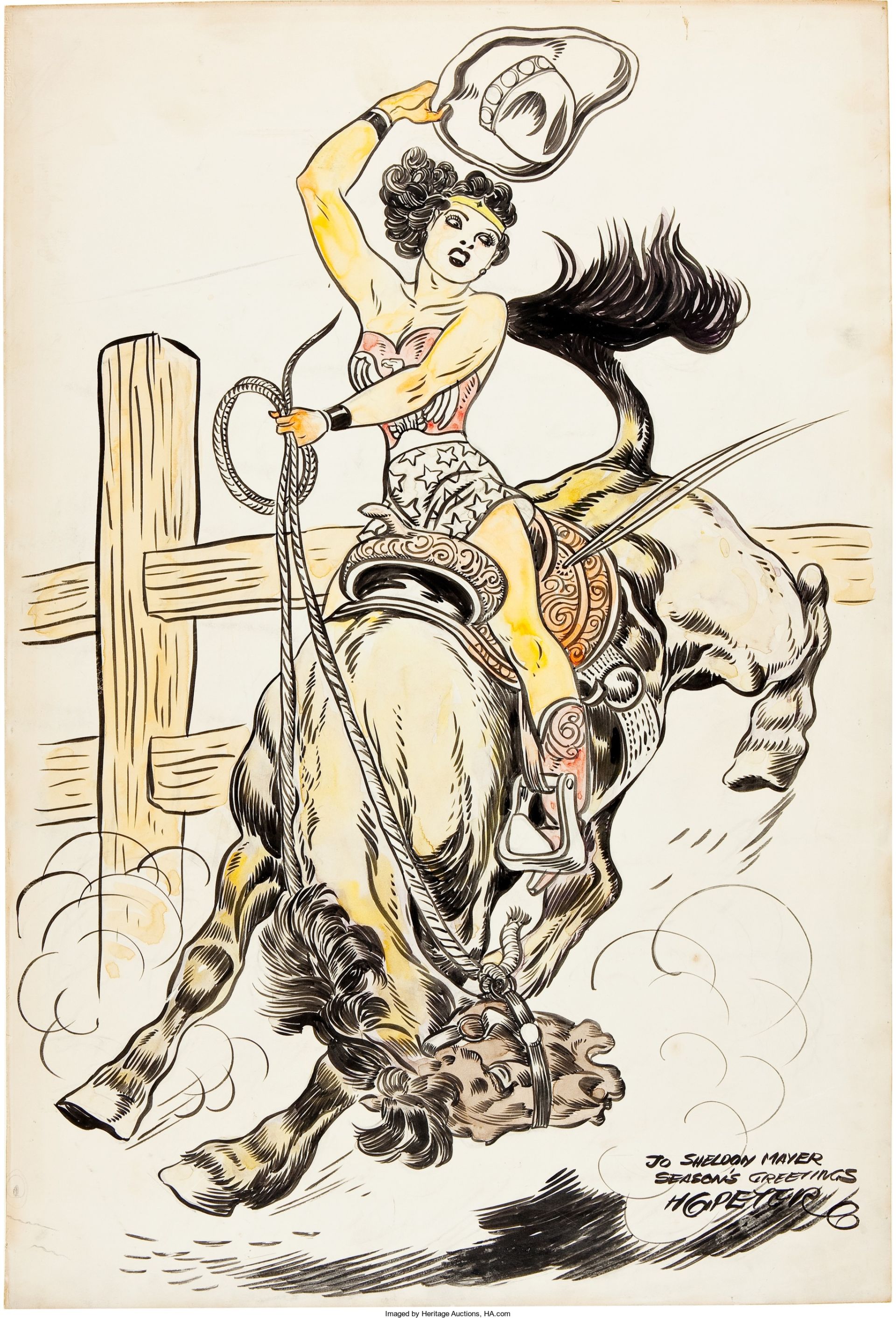 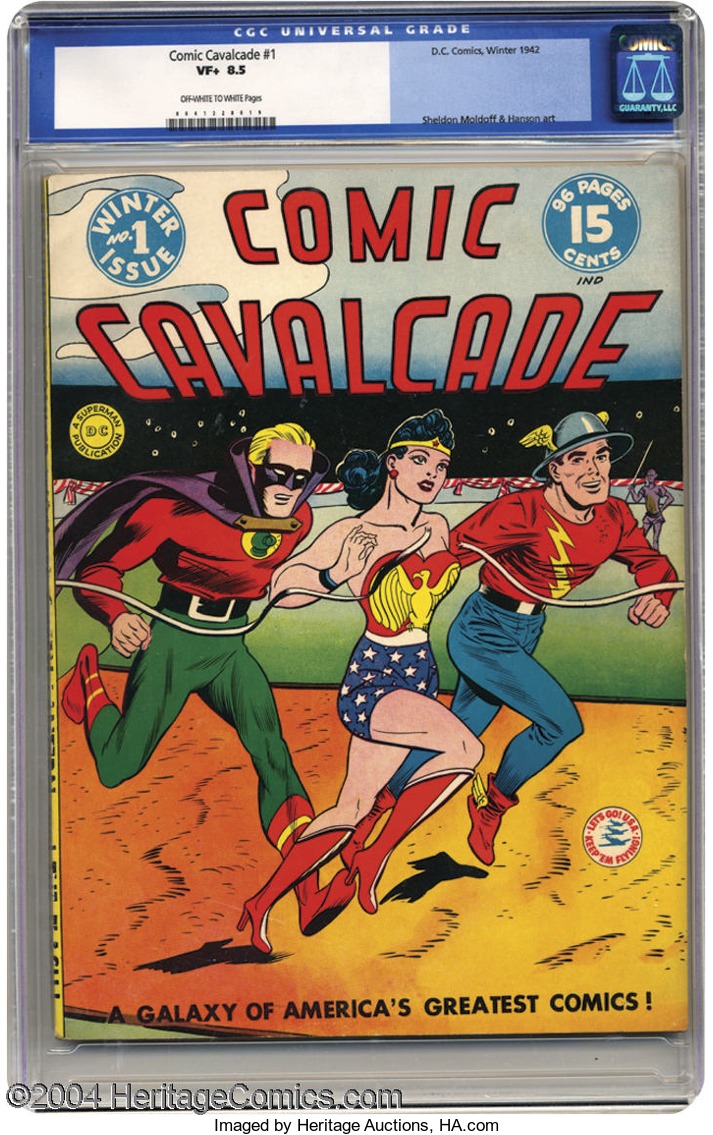 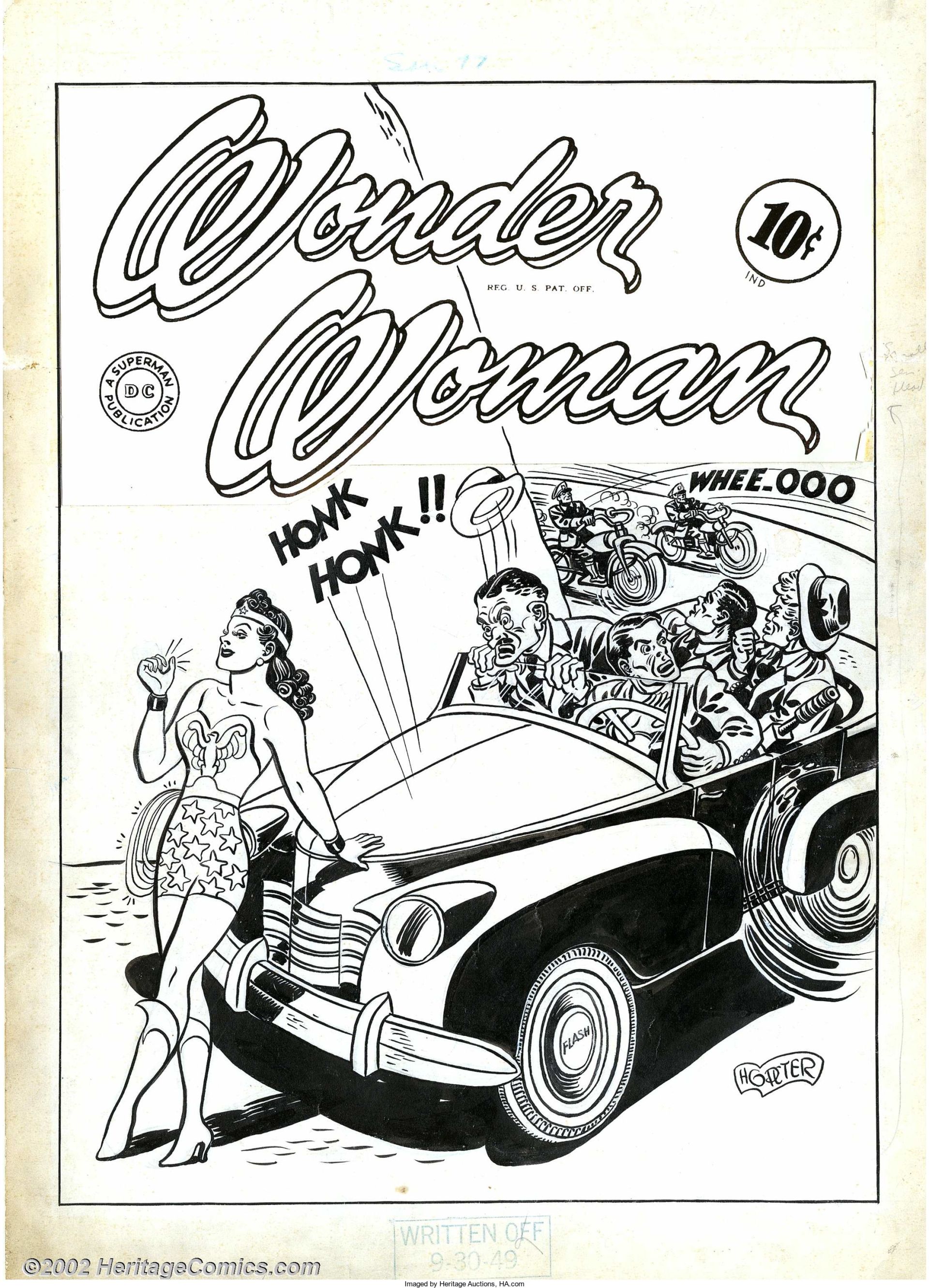 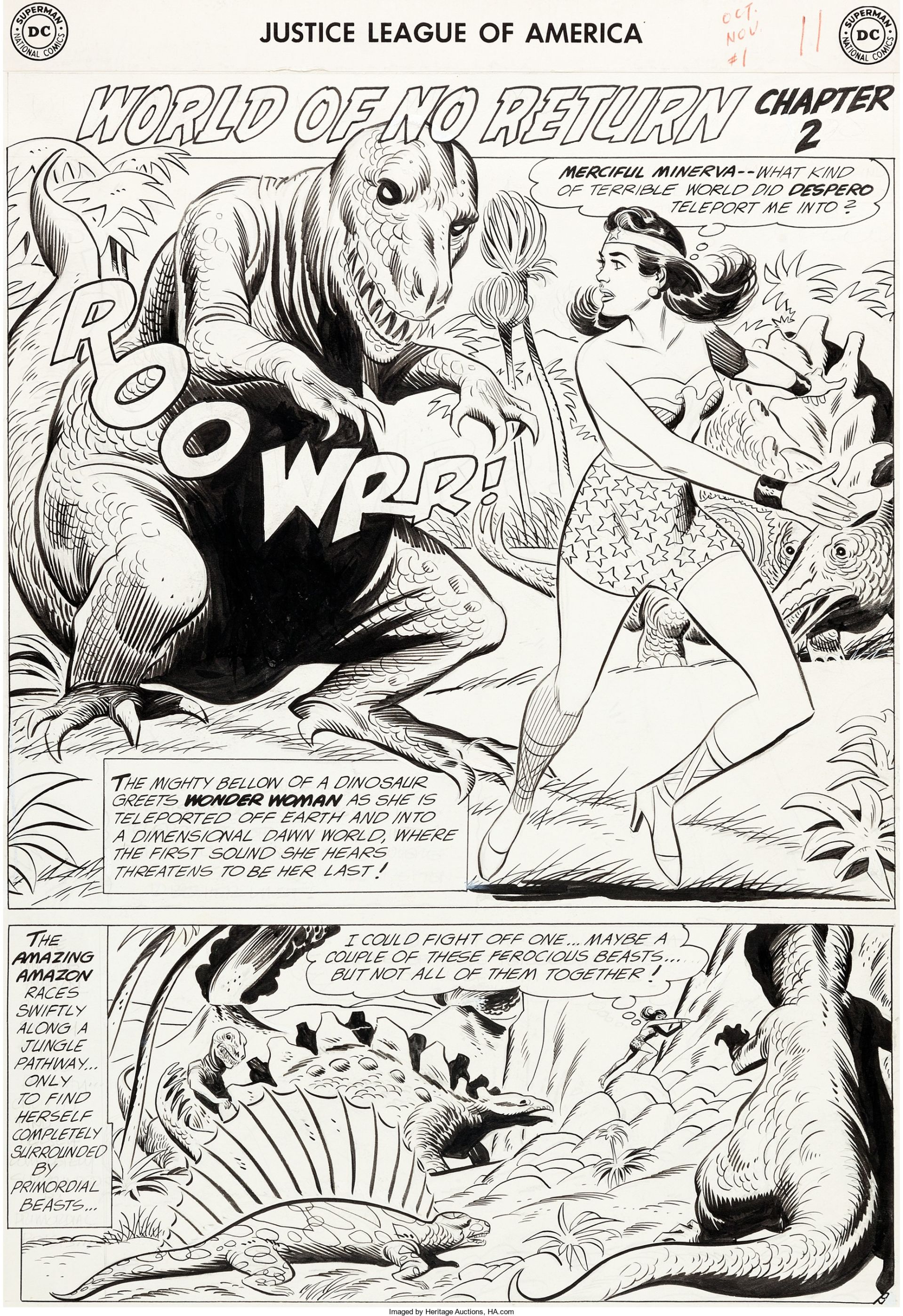 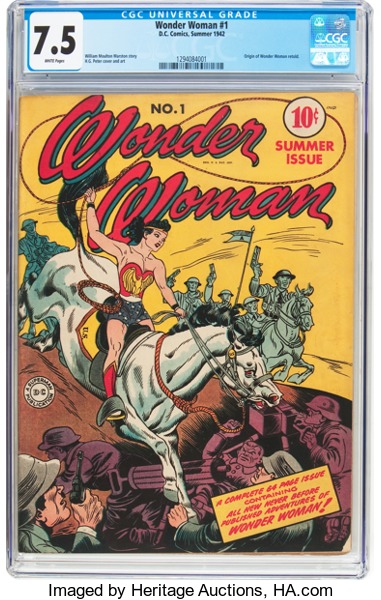 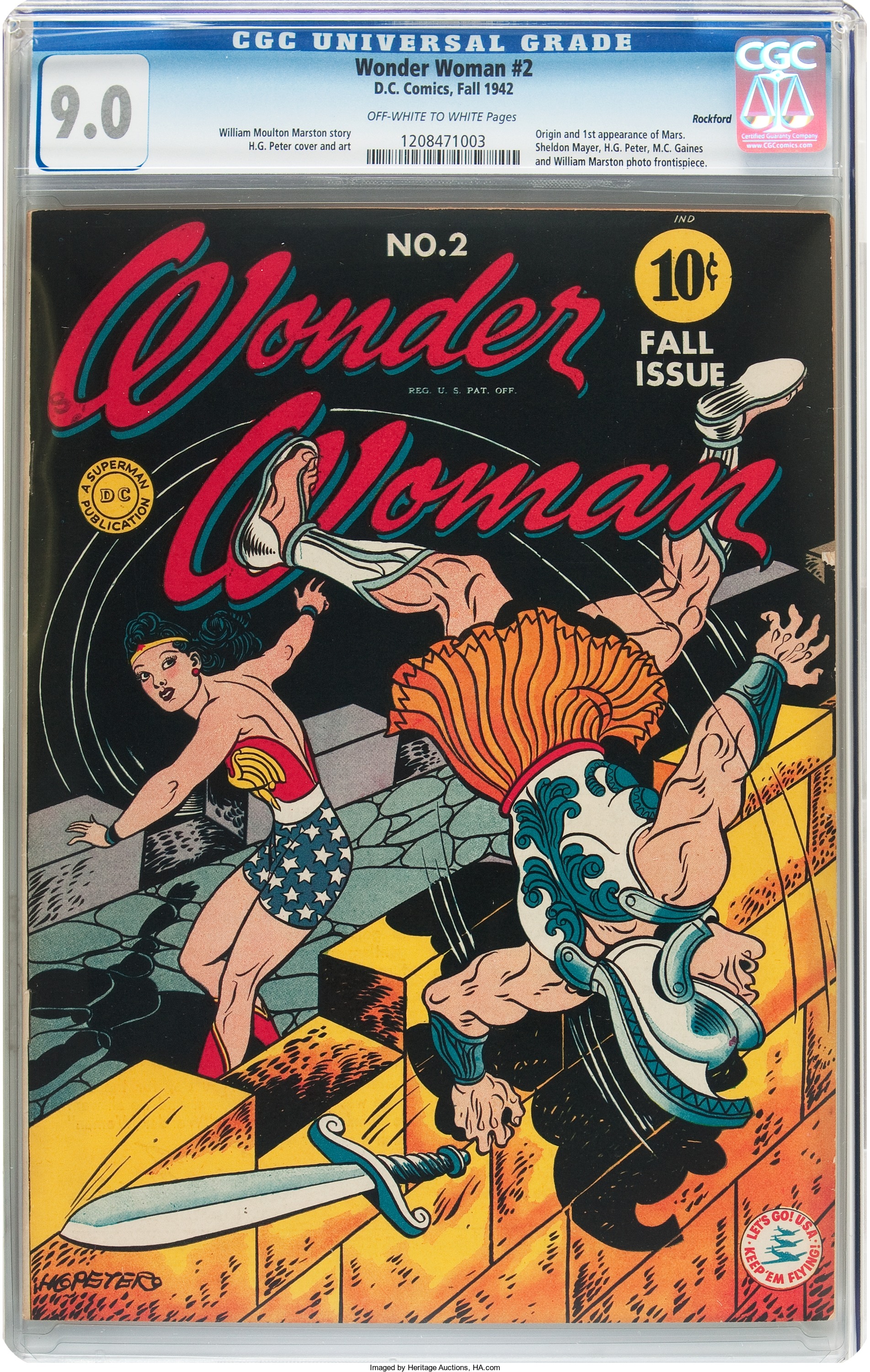 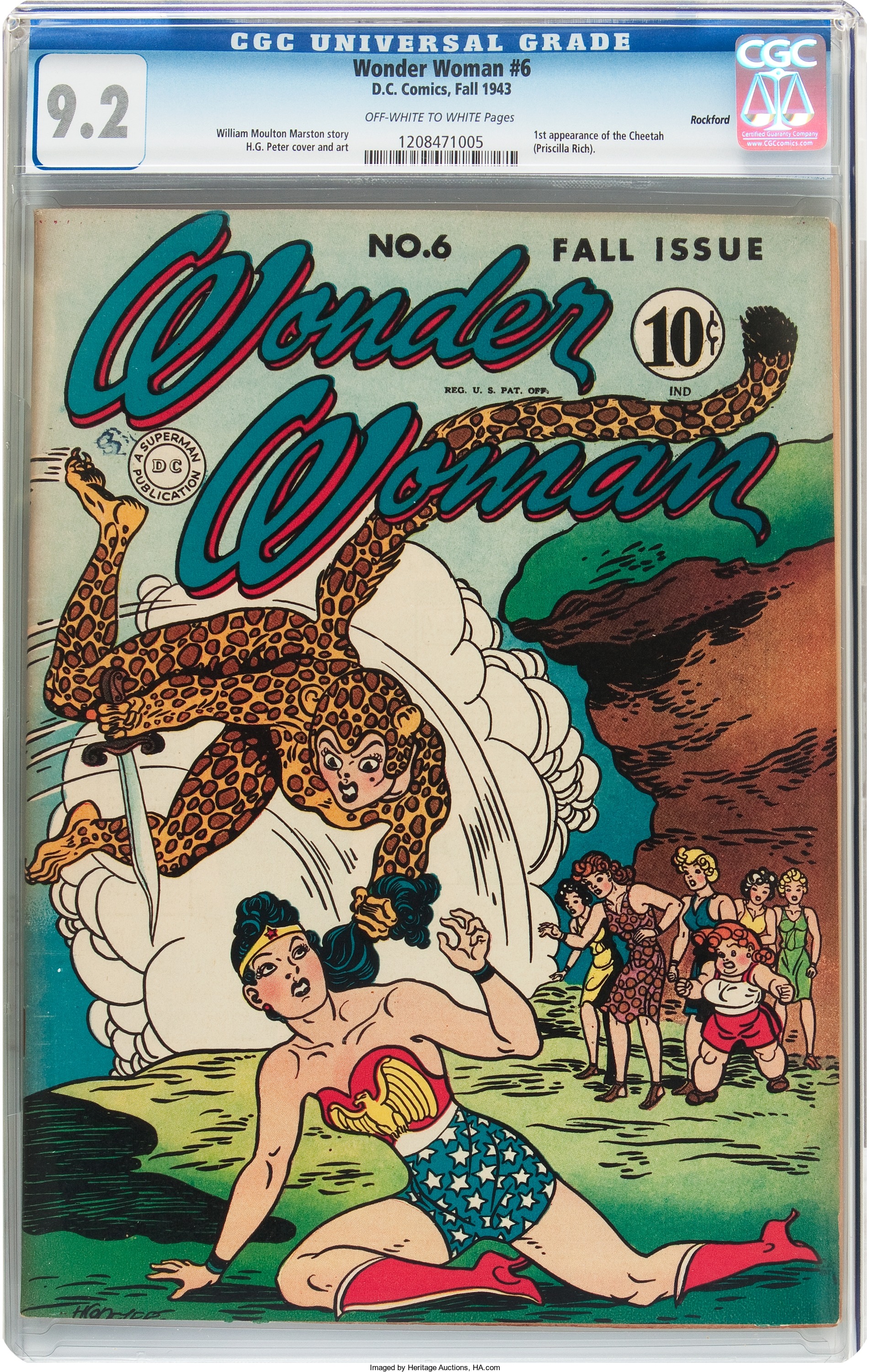 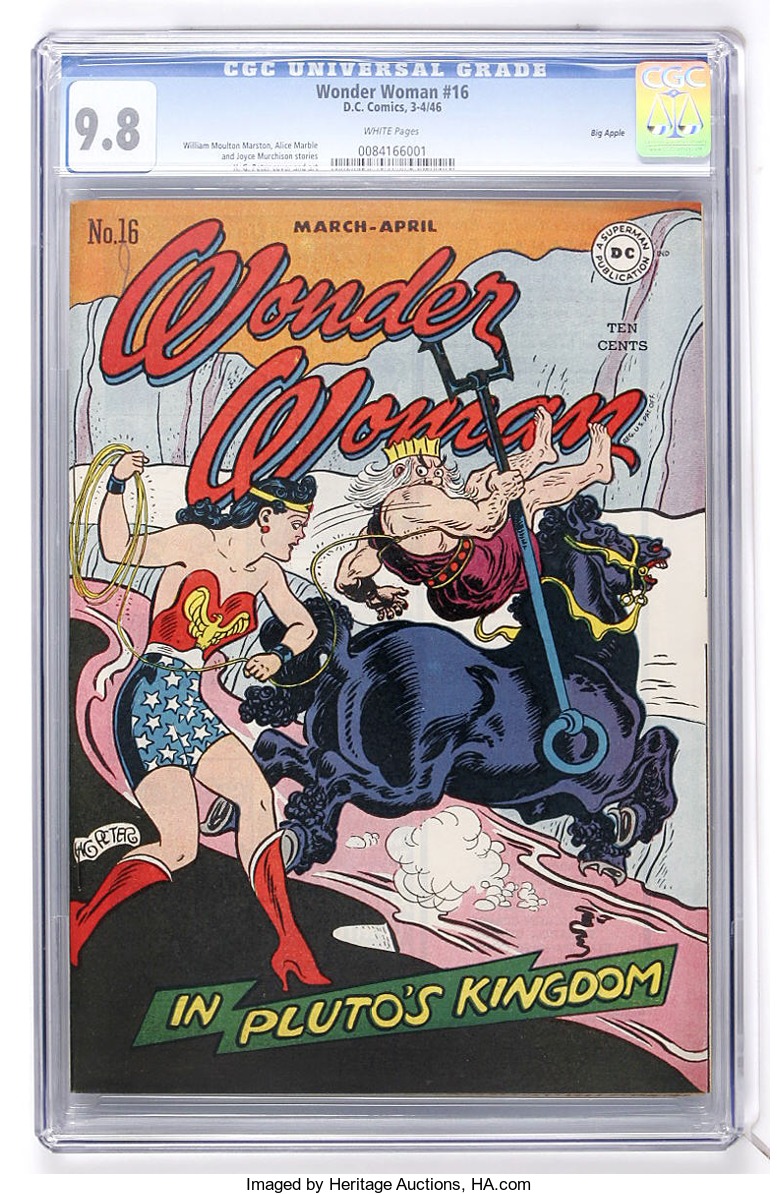 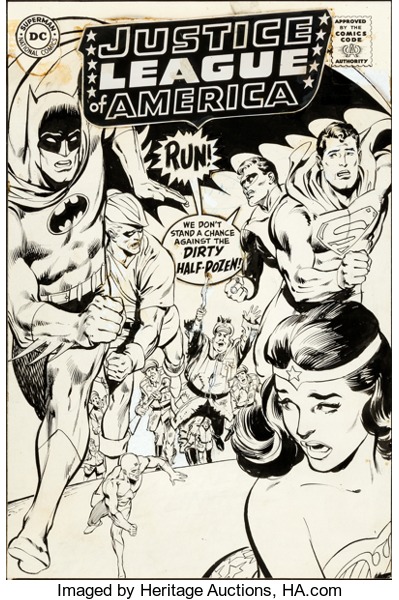 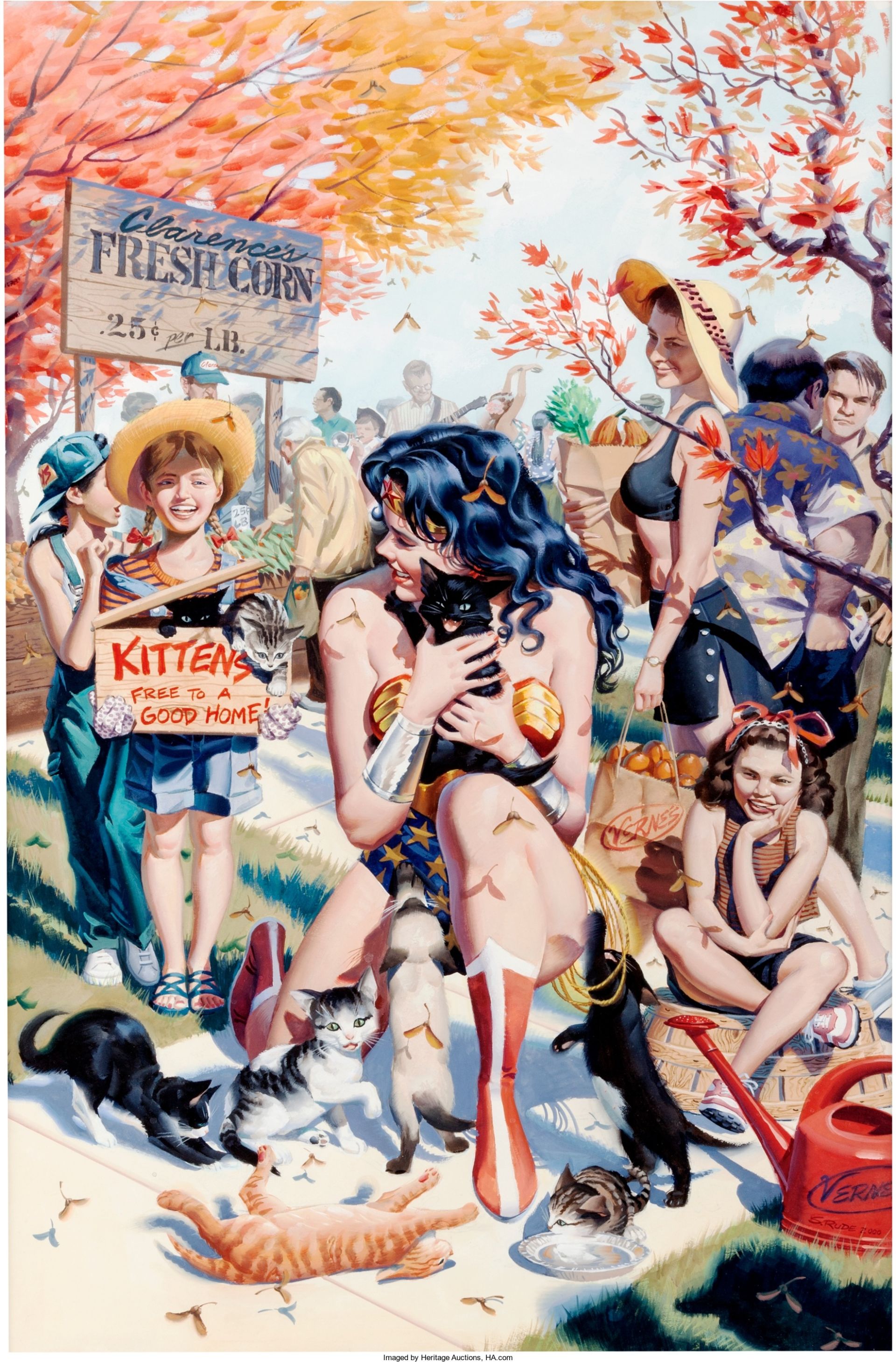 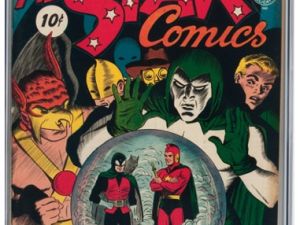 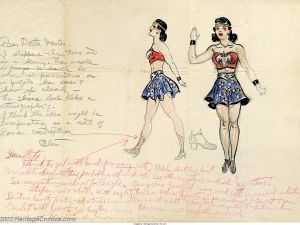 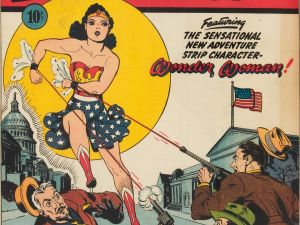 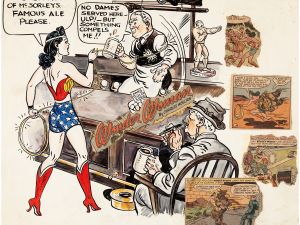 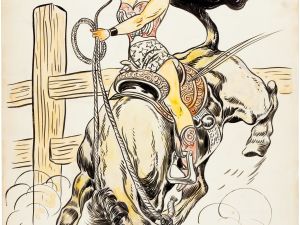 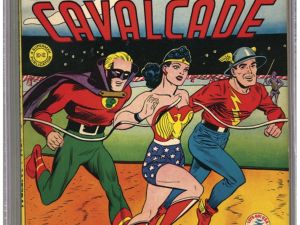 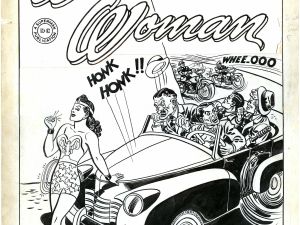 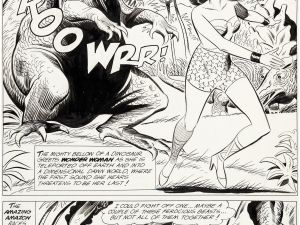 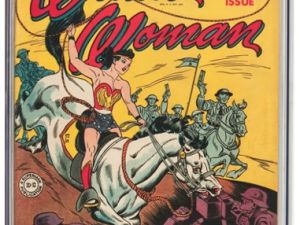 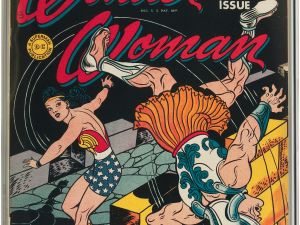 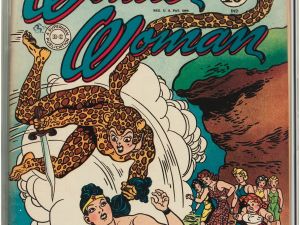 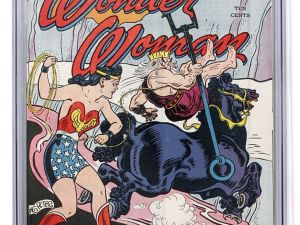 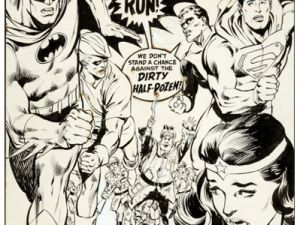 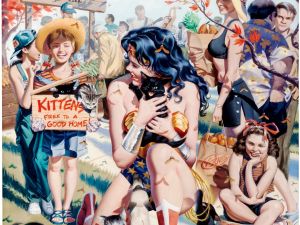 I am mere hours away from being able to share in the collective joy of seeing Wonder Woman on the big screen. I’m having to hold myself back from reading too many reviews, but I’m not going to lie I glanced at a few. Jill Pantozzi, a.k.a The Nerdy Bird, has called the DC’s female-helmed superhero film “one of the best comic book superhero films period.” And the Observer’s own Thelma Adams says the film reaffirms what the fairer sex has known all along: “female-driven films draw crowds, and women—those vessels that gave birth to both daughters and sons—can direct as well as multi-task.”

For those unfamiliar, Wonder Woman’s story began in 1942, when she was created by a psychiatrist named William Moulton Marston. But while Marston created the character intentionally as a role model for women—he was himself a feminist—early portrayals of the superhero had her working as a secretary for the Justice Society of America, according to consignment director Jerry Stephan of Heritage Auctions. There was even a period in the 1960s when Wonder Woman had no powers at all, took to wearing a white jumpsuit in keeping with the Mod style of the day, and used karate to help solve crimes.

But Wonder Woman, and her fascination with readers, has evolved plenty from early days and first appearance in All Star Comics #8. After becoming a full charter member of the later renamed Justice League, and surviving a period during the 1950s when superheroes became less popular than Western and war comic stories, Wonder Woman climbed the ranks to become one of only three heroes—alongside Batman and Superman—to be continually published since her creation during the Golden Age of Comics. And with Wonder Woman’s story hitting the big screen, her historic and rare comics are no longer selling for bargain prices. In just the span of a year, mint-condition versions All Star Comics #8 have doubled in price, with the top selling item fetching $400,011 in April 2016, according to Stephan.

So, in the interest of getting you, dear readers, in the Amazonian spirit, click through the slideshow above for a look at Diana through the years, on the comic books pages where her story began.