In August 1944, the SS Richard Montgomery, an American cargo ship, ran aground, broke in half, and sunk off the coast of Kent in England while carrying thousands of tons of ammunition to France. According to Yahoo UK, some of the bombs were later salvaged, but when the rescue mission was deemed too dangerous to continue, almost 1,400 tons of live explosives were left on board, which is…kind of a concern.

In 2004, New Scientist writer Mick Hamer wrote that investigations showed that, “if the wreck explodes it will be one of the biggest non-nuclear explosions ever.”

In 1970, a government test of the area revealed that the explosion would, “hurl a 1,000 ft wide column of , mud, metal and munitions almost 10,000ft into the air,” shatter windows and damage buildings in the neighboring town of Sheerness, and, most worryingly, “generate a 16 ft high wave that could sink a small craft.”

So, why has nothing been done about this ticking time-bomb? The explosives are considered too risky to move, and doing so would require evacuating neighboring villages for the sake of safety.

“The problem is this: You would have to evacuate the whole of Sheppey, pretty well, if you were going to start messing around with that ship and in the real world, for a government to evacuate from their homes 40,000 people and all the businesses associated with the generation of the economy on Sheppey and expect months later everything to return to normal is simply fanciful. It’s not going to happen,” Gordon Henderson, MP for Sittingbourne and Sheppey, said.

Right now, the area is monitored by the UK’s Maritime and Coastguard Agency, and ships are forbidden from passing over the wreckage, though the only thing stopping them is 12 warning buoys that read, “Danger – Unexploded ammunition. Do not approach or board this wreck.” So, everyone is just sort of hoping nothing happens. Because that worked so well for Chernobyl and Pompei.

While the likelihood of a munition ship exploding is low, it’s not without precedent. In 1947, a similar type of ship, the SS Grandcamp, detonated while docked in the Port of Texas City, setting off 2,200 tons of explosives and killing at least 581 people.

The wreckage is in the news again thanks to an upcoming documentary fittingly called, “A Disaster Waiting to Happen.” If you’d like to donate to help the film achieve a worldwide distribution, you can do so here. 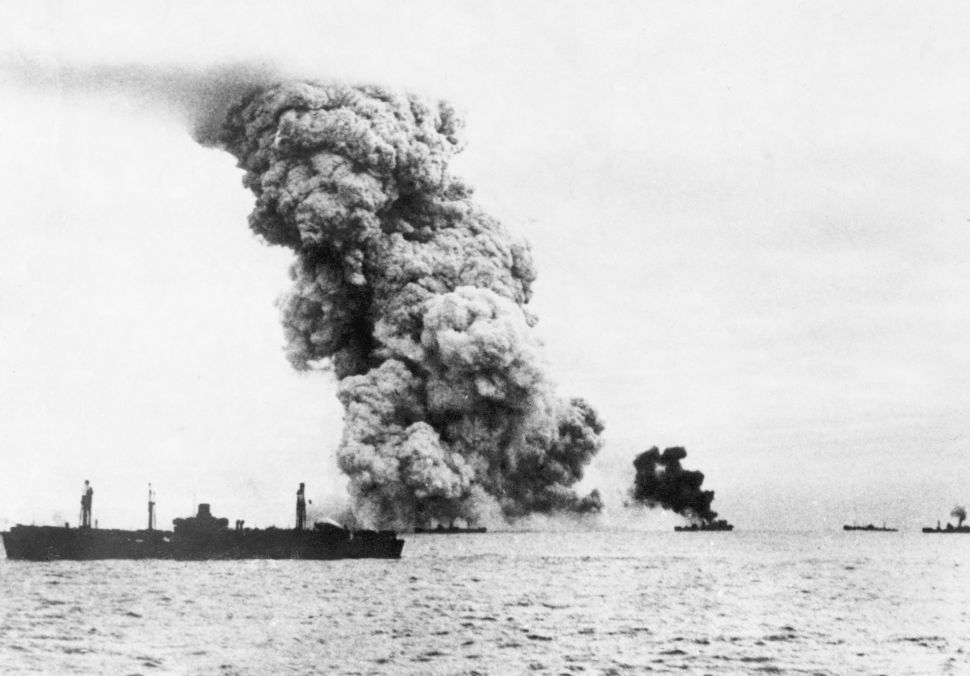