Leading crowdfunding site Kickstarter was founded by a trio of artists who wanted to make the world weirder. They committed from the very beginning that they would never sell the company and they would never go public. The founders doubled down on that commitment when shareholders voted to make it a public benefit coporation in 2015.

A public benefit corporation is organized around a set of values. Those values are held equal to the company’s fiduciary responsibility to shareholders. Kickstarter has committed to advancing the arts, culture and contributing part of its profits to causes that combat inequality. It will release guidance this year for other companies that want to take the same road.

This is all great, but those who watch startup culture can’t help but wonder, what did Kickstarter tell its investors as it sought the funding that made the site possible? How did they expect to reap benefits from backing the team if it refused to pursue either of the traditional exit strategies?

“You can think of us like a royalty to a hit song you wrote in the 80s,” Yancey Strickler, a co-founder and the company’s current CEO said during at panel hosted by Fortune Magazine at the Northside Festival in Brooklyn today.

Every year, its investors, employees and early alumni earn maybe a few grand (depending on their shares) as long as the company continues to create value.

“Last year for the first time we paid a dividend and we also did a stock buyback,” Strickler explained. He hopes to grow the company and generate even more value for those who hold shares, but he also said they tell every new employee, “You get options in the company, but this is not a lottery ticket.”

Kickstarter raised money from some of the biggest names in venture investing, including partners at Andreesen Horowitz, Lowercase Capital and Betaworks. It also helps that Kickstarter never asked for that much. It’s only raised $10 million, according to Crunchbase.

“We are a small mark in their books,” Strickler said. “Those expectations I think are reasonable.”

So far, Kickstarter has also held firm on refusing to be a platform for other entrepreneurs to sell small shares in their ventures, what’s usually referred to as “equity crowdfunding.” With equity crowdfunding, you don’t just pay to help some work of art or new product happen, people who pony up also own a share in the larger venture. They might be able to sell that share later if the company hits that fabled hockey stick of growth.

“Adding a financial upside seems like a step back for me,” Strickler said. “I don’t think securitization of everything is necessarily a good thing.”

For Kickstarter’s shareholders, there’s an immediate benefit to the fact that the company isn’t aiming for that Facebook-like growth.

“The irony is,” he said, “if we were a lottery ticket company, up to this point people would have gotten nothing.” 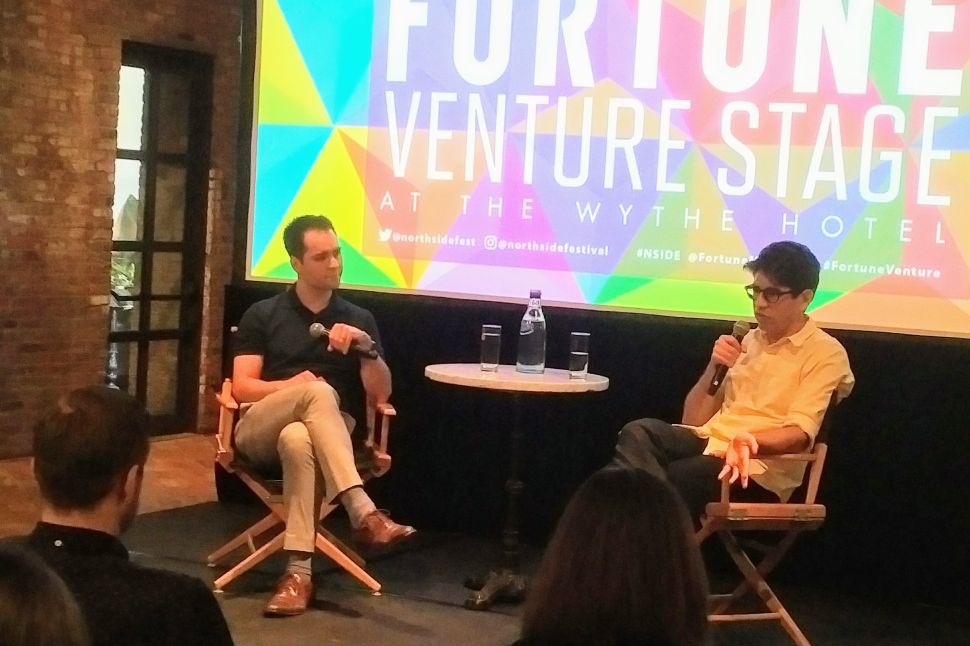