After taking an extended leave from the corporate world to raise her now adult daughter, 40-year-old newly divorced Liza Miller decided it was time to re-enter the workforce. Unfortunately, finding a job proved harder than she anticipated. To land a new gig, Liza decided to pass herself off as a 26-year-old millennial. Now, having not only secured a primo position but a new BFF and a hot young boyfriend a well, Liza is finding it increasingly difficult to make sure that no one in her life, professional or personal, discovers her secret.

Well, that was the first three seasons of Younger, but things have changed.

(Spoiler alert: Read no further if you’re still catching up – which you absolutely should! – on seasons one through three.)

For a series built on a big fat lie, the creatives behind Younger have done a great job deciding who gets to know Liza’s secret, and when. It was shocking when Liza’s boyfriend, Josh, found out, But everyone — including Josh – quickly got over that jolt.

As a season three drew to a close, the latest individual to learn about Liza’s fake identity is her work partner/BFF, Kelsey.

Still in the dark about Liza’s twisted private life are her strict boss, Diana, and the head of the publishing company where she works, Charles, who also happens to have feelings for Liza.

The cast of Younger, and writer Eric Zicklin, recently sat down at a For Your Consideration Emmy event to talk about the first three seasons of the series, and hint at what’s going to happen in season four.

Season three cut to black just after Liza (Sutton Foster) told Kelsey (Hilary Duff) about her true identity. Zicklin says that the first new episode picks up right where they left off. “There is no time jump,” he revealed. “We’ll return to that conversation immediately.”

Foster admitted that the burden of the lie was difficult for her. “Even as an actor I was feeling guilty. It felt good that [Kelsey] finally knew.”

Duff describes what happened between the two characters, saying, “[Liza] had had enough of lying and I was just sitting there in her living room and it all just came out in a natural way.“ As actors working on the scene, Duff said, “We’re just going about trying to make our shooting day. That scene was in the middle of like four other scenes we had to accomplish. So for us it was a lot of heaviness around it and feeling a little bit scary, but we just had to go on like it was a normal day for us.”

Zicklin was cryptic about whether Liza’s revelation to Kelsey would doom the friendship, simply saying, “We’re just glad that that relationship is so powerful that we hit the right ending for season three.” He said that the audience was so focused on Liza’s love life and whether she would stay with Josh or end up with Charles (Team Josh vs. Team Charles!) that the strength of the Liza/Kelsey relationship was the one that was really ‘sneaking up on viewers.’ “That’s exactly what season four is really about. That’s what made it writing it exciting,” he said.

Duff added to this thought, saying, “It’s kind of crazy that [age] is what identifies us. You open any newspaper or magazine – whether a person is famous or not — it’s so and so, 42, so and so, 29, etc. Why is that the second bit of info that we need to have [about a person?“

Zicklin revealed that even Liza’s moniker divulges a bit about the character. “[Series creator Darren Star] said in the writer’s room early on that he gave the lead character the name Liza because he was working the word ‘lies’ [into the narrative.] It wasn’t until season four that someone said it aloud in the script. He mentioned it in season one but he didn’t play that card until season four.”

In crafting just how she would play the role of this deceitful person, Foster said, “It’s interesting playing a character who’s a lair, but I think all of her intentions are pure. I don’t think she’s trying to hurt anybody.”

“There’s always debate in the writer’s room: is she a liar or is she a person who’s lying,” explained Zicklin.

Duff quickly added, “Well, none of this is black and white and that’s what the show is about.”

Looking at Liza’s overall journey, Shor said, “I like that the writers were brave to give her something to do that might not ingratiate her with the audience. I like that she [lied like] this and it has consequences.”

In relating to her character, Foster revealed, “I’ve always felt like I was a late bloomer. I’ve always felt younger than my age.” But, then she adds, with a laugh and a funny, expressive voice, “Although I’m not really hip to what the kids are doing these days.”

Summing up why viewers should tune into Younger, Shor points our, “I like to say our show is a delightful confection, that’s actually about something. It’s really fun and easy to watch. You can binge watch and you’ll be enjoying it and laughing and then you’ll pull up short because there’s something that actually speaks to your own life and your own experience.” 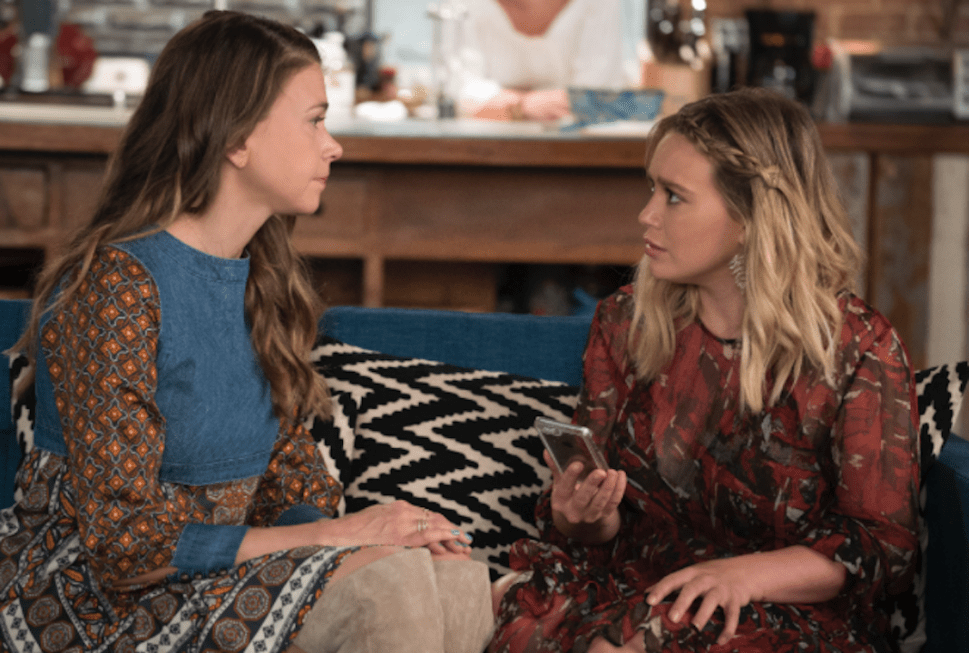