The 1967 riots that marked the beginning of Detroit’s decades-long decline will turn 50 this month. While many will take the time to reflect on the city’s dire past, we should take the opportunity to ponder what is, perhaps, the greatest urban renaissance of the 21st century.

As the dust from the long hot summer of 1967 began to settle a half century ago, many of the city’s residents packed up and fled to the suburbs. Those same residents took their careers, dollars, and small businesses outside of the city limits. Several decades of shrinking economic growth, population loss, and the weakening of the American auto industry left many Detroiters with little to be hopeful about.

The city spent many years reeling from the impact of the riots. Coleman Young, Detroit’s Mayor from 1974-1994 even said of the riots, “The heaviest casualty, however was the city. Detroit’s losses went a hell of a lot deeper than the immediate toll of lives and buildings. The riot put Detroit on the fast track to economic desolation…”

The bottom finally came in 2013 when Detroit filed for the largest municipal bankruptcy in United States history. Many Michiganders were uncertain of what was to become of this once great city that in its heyday was known as “the Paris of the West.” But Detroit would later exit bankruptcy in December 2014 which marked the beginning of a new era for the city.

In this new era, the city would begin boasting about street lights turning on for the first time, restoring reliable trash pickup, and repairing potholes in the city’s aging infrastructure. These things may seem like basic functions for a city to perform, but with trust between residents and the city’s government having eroded over the years, delivering on these long-ignored services marked a turning point. The city has even recently completed the new QLINE streetcar that runs along Woodward Avenue in downtown Detroit; Woodward, which is known as “Detroit’s Main Street,” is lined with trendy restaurants, bars, and an upscale shopping district (including tenants such as John Varvatos, Nike, and Warby Parker).

The economic picture in Detroit, a city that once held one of the highest unemployment rates in the country, is turning around. Geoff, a digital marketing professional living in the Ferndale neighborhood near Detroit says, “Employers like Quicken Loans coming into the city from the suburbs has set off a chain reaction of businesses and people coming back into Detroit.” And he’s right—since the bankruptcy, Microsoft, Amazon, and Adient, among other employers, are all making their way back into the downtown area.

The pioneer behind Detroit’s economic growth has been lead by billionaire Dan Gilbert, of Quicken Loans. Investments made by Mr. Gilbert, through his holding company, Rock Ventures, have provided residents with places to live, work, and play in the city’s core.

Detroit’s success story is one of optimism, but there are many hurdles that need to be overcome. Many long-time residents worry that the benefits of the city’s growth won’t reach them. Residents both new and old have voiced concerns over crime—the city’s police chief, James Craig, even going as far as recommending citizens arm themselves to protect against violence. Blighted areas of the city still remain—Detroit has a massive 142 sq. miles of land contained within its borders. But these complaints pale in comparison to where the city was a few short years ago. Overall, crime has dropped significantly—many credit this to the strong relationship that has been built between the Detroit Police Department and the community. It is clear to see that since the bankruptcy the city and state governments as well as the local business community have all provided strong leadership to help the city continue to develop and attract investment to the motor city.

While there are still some growing pains that have come along with Detroit’s development, the city itself has made leaps and bounds in becoming a first-class destination for citizens and companies alike. As Detroit continues to grow economically we should take the opportunity to marvel at how far the city has come in half a century, and how unsure people are to continue writing it off.

Matt Joyner is a finance professional in the Metro-Portland, Oregon area. He is a Michigan native and a 2016 economics graduate from Michigan State University. You can find him on Twitter @MattAJoyner or contact him at matt.a.joyner@gmail.com 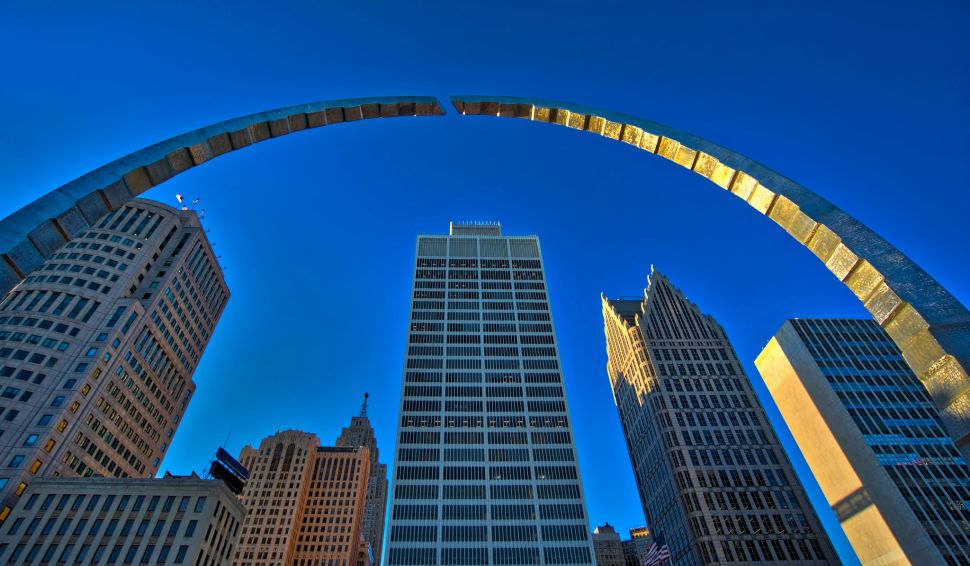