Gerard Butler has played so many rugged brutes in formulaic action epics that most people forget he was the phantom of the opera (yes, he also sings!). So it’s a pleasure to see him for a change in the sensitive role of a conflicted husband and father facing the turbulent emotional challenge of trying to save a dying child. The Canadian film A Family Man premiered last year at the Toronto International Film Festival to a tepid reception, under the title The Headhunter’s Calling. The title was changed for obvious reasons and the film has taken a year to find its way into American cinemas, opening first in test markets elsewhere. (It is already playing in Hong Kong.)

Mr. Butler plays Dane Jensen, a ruthless corporate headhunter in Chicago on the threshold of promotion who has always placed his job first. After years of using and discarding people while climbing the ladder to success, he now has the biggest, juiciest job of his career at his fingertips when his boss (Willem Dafoe) announces his retirement and it’s Dane’s turn to devote 24/7 attention to taking command. Then the unthinkable happens. His ten-year-old son is diagnosed with leukemia and falls seriously ill, forcing the man who is all business and no heart to choose between the Wall Street mechanics of his career and the needs of his distraught wife (Gretchen Mol) and terminally ill son (Max Jenkins). The result suffers from sentimental overload and a tidal wave of conscience-searching clichés. This is the feature-film directorial debut from veteran producer Mark Williams, the man responsible for Ben Affleck’s dismal and quickly forgotten flop The Accountant. The screenplay, by Accountant’s writer, Bill Dubuque, is an improvement over that fiasco, and the film picks up whenever Alfred Molina enters, playing one of Jensen’s desperate, neglected clients. But it is still Gerard Butler who keeps it all afloat, negotiating rough waters with superior skill. Balancing duplicitous career maneuvering with heartbreaking personal impact, this underrated actor shows the toil of domestic stability in crisis with a valor uncommon to both the material and the career of Gerard Butler himself. 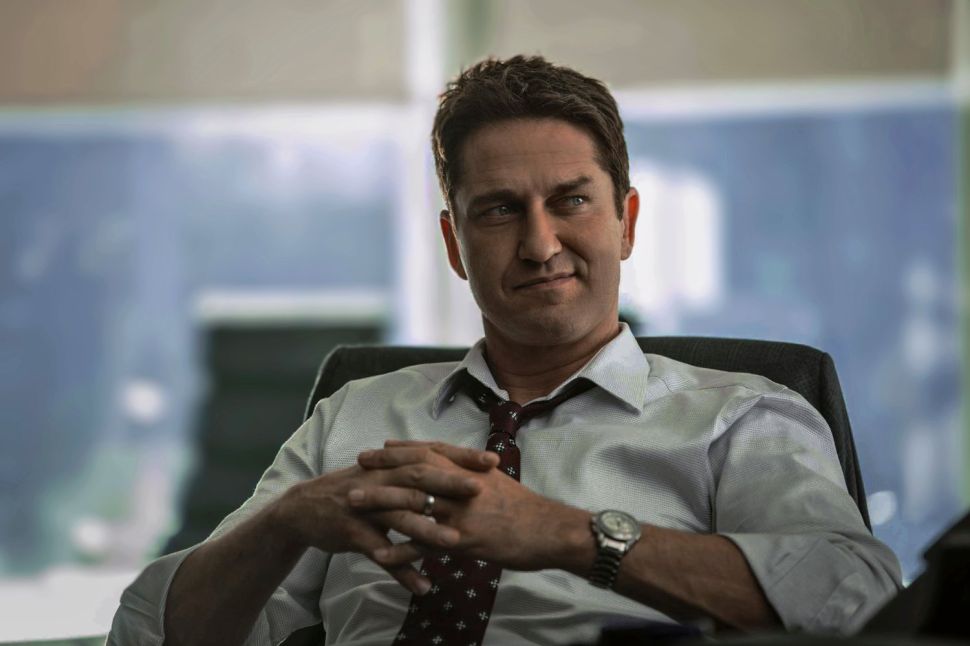