Earlier this month, an iceberg the size of Delaware broke off one of Antarctica’s largest ice shelves, Larsen C. The iceberg was estimated to be 5,000 square kilometers in size and 1.12 trillion tons in weight. The initial crack that led to the iceberg breaking off began nearly four years ago. In that time frame, the crack grew over 120 miles in length. Shortly after the iceberg broke off, scientists noticed a new rift forming in the ice shelves that scientists with Project MIDAS, a U.K.-based Antarctic research project, fear “may result in further ice shelf area loss.” The scientists continue, “Although this new rift will probably turn toward the shelf edge, there is a risk that it will continue on to Bawden Ice Rise, a crucial point of stabilization for Larsen C Ice Shelf.” At 46,500 square kilometers, Larsen C is Antarctica’s fourth largest ice shelf.

Though the icebergs don’t directly raise the sea level, the glaciers that feed into this ice shelf could have a profound effect on rising global sea levels. If the Larsen C ice shelf breaks off, sea levels could rise as high as four inches.

While the effects of climate change have been most evident in the Arctic, a region that has been warming twice as fast as the rest of the world in the past 50 years, scientists have observed disturbing changes in Antarctica over the past few decades. The average elevation in Antarctica is one mile above sea level, which shields it from climate change effects experienced in the Arctic, but both regions prove how fast the Earth is warming. Global implications of erratic weather patterns and sea levels rising are becoming increasingly imminent. Scientists have noted that the Arctic is unraveling due to climate change, and Antarctica is beginning to experience similar changes, surpassing the threshold of naturally occurring environmental changes on the continent.

What appears to be happening to the Larsen C ice shelf occurred to the Larsen B ice shelf beginning in 2002 when scientists observed a large iceberg break off of it. By the next summer, the entire ice shelf broke off the continent. A 2015 NASA study predicts that what remains of it will entirely disintegrate in the next few years. The unraveling of the Earth’s ice sheets could drastically change what our planet looks like in the next few hundred years. The National Academy of Sciences estimates that Earth’s ice sheets hold enough to increase global sea levels by 200 feet. Antarctica’s ice sheets hold 60 percent of the freshwater on Earth. The New York Times reported in May 2017, “Some scientists fear that Antarctica’s ice sheet may have entered the early stages of an unstoppable disintegration. Because the collapse of vulnerable parts of the ice sheet could raise the sea level dramatically, the continued existence of the world’s great coastal cities—Miami, New York, Shanghai and many more—is tied to Antarctica’s fate.” 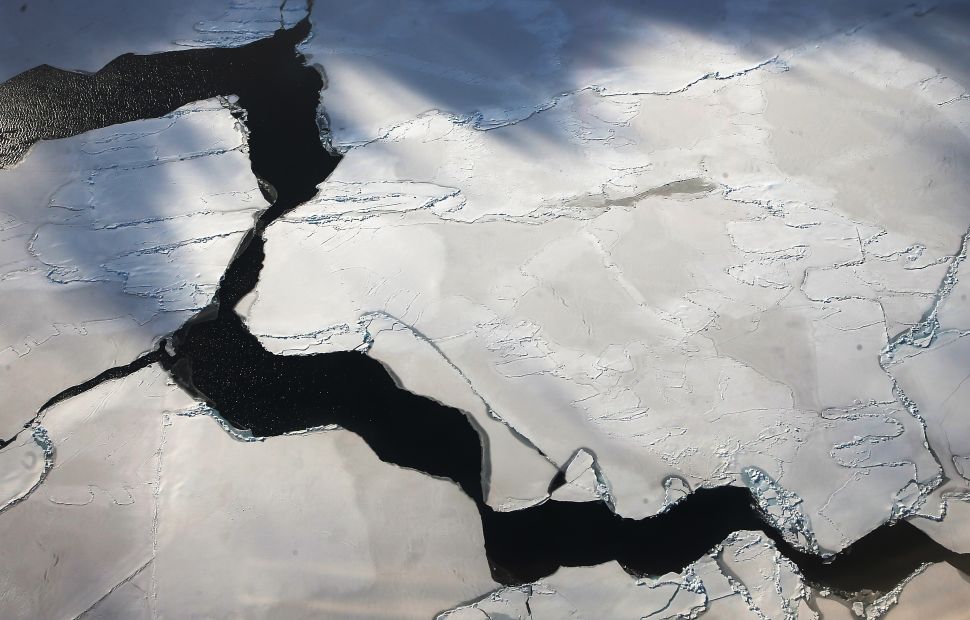