President Donald Trump has removed New York financier Anthony Scaramucci as White House communications director. Scaramucci was appointed to the role on July 21, though he was not set to officially start until August 15.

The announcement is the latest in a series of White House staffing shakeups.

In protest to Scaramucci’s appointment, then-Press Secretary Sean Spicer, though his relationship with the president was reportedly on the rocks, resigned from his post. Sarah Huckabee Sanders, daughter of Gov. Mike Huckabee, took over as press secretary.

On July 27, the New Yorker published an interview with Scaramucci, laced with profanity in which he attacked then-chief of Staff Reince Priebus saying he was “f—ing paranoid schizophrenic, a paranoiac.” He boasted that he reported to the president instead of the chief of staff. In response, Scaramucci tweeted, “I made a mistake in trusting in a reporter. It won’t happen again.”

Reince Priebus was ousted as the chief of staff on July 28, reportedly left stranded on an airport tarmac as the president’s motorcade sped away. His replacement, then-Secretary of Homeland Security John Kelly, was announced the same day.

Over the weekend, Kelly told aides he found Scaramucci’s interview abhorrent and embarrassing for the president. Kelly was sworn into his new post on Monday, and one of his first moves as chief of staff was to request Scaramucci’s resignation.

“Mr. Scaramucci felt it was best to give chief of staff John Kelly a clean slate and the ability to build his own team,” the statement read.

The role of communications director has faced particular turnover in a White House fraught with changes. Scaramucci was the fourth person to hold the position. First was Jason Miller, a campaign aide who stepped down from the position before being sworn in. Michael Dubke then assumed the role. When he resigned in May, Sean Spicer took on the role in addition to his role as press secretary. 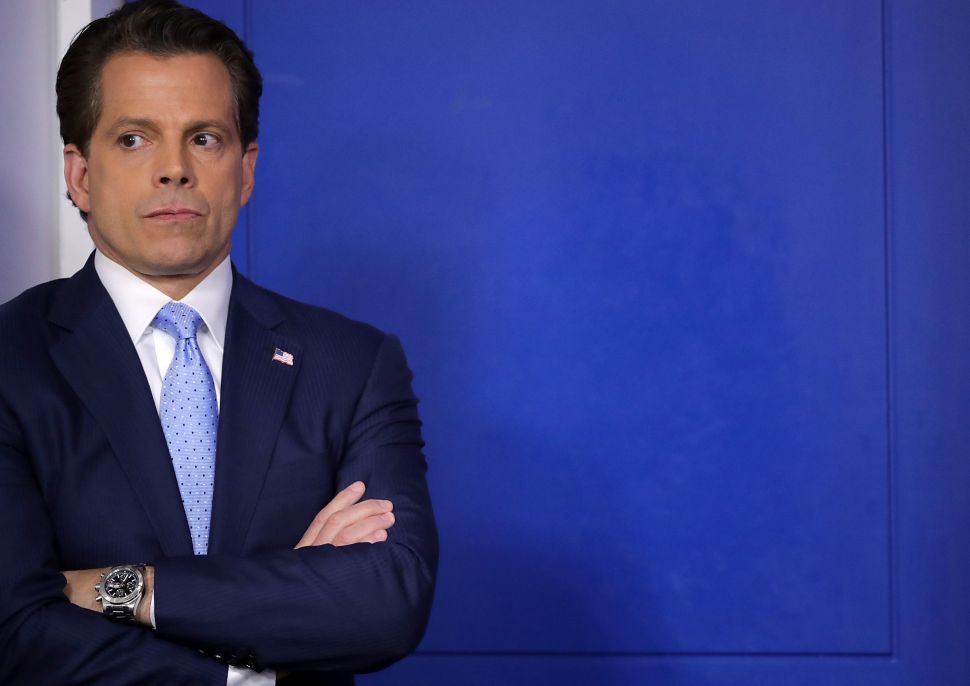